Jerry Merriman made his mark on the Dallas skyline.

For the past two decades, the architecture firm he founded has overseen the restoration of some of the city’s most iconic landmarks.

“It’s a chance to save things for another generation,” said Merriman, who is retiring after nearly 50 years in the architecture business.

Merriman is finishing work on Dallas’ largest renovation of all time, the $ 450 million renovation of the 52-story former First National Bank Tower in the downtown area.

The mid-century skyscraper has been converted into a combination of apartments, hotel rooms, retail and office space called The National. It’s the company’s most complicated design business yet. “The projects are growing proportionally and complexly,” he said. “You are challenging.”

71-year-old Merriman is stepping down from the Dallas-based architectural firm he and his wife Deby founded in 1987. He had planned to retire by the end of 2020 but decided to postpone his departure date.

“With COVID coming and we’re in good shape on projects, we thought, ‘Let’s get these guys going,'” Merriman said. “It seems the time is right. I never wanted to go to the end. “

Merriman came to Texas in 1971 with a degree in architecture from the University of Oklahoma.

After a brief stint in an architectural firm in San Angelo, he moved to Dallas in 1972 to work with Dahl Braden Jones Chapman, the company led by renowned architect George Dahl.

“Dahl had a big corner office and he was telling jokes to me and the young architects,” Merriman said. “He had to be in his 80s.”

The Merrimans started their own company in 1987.

“We started from scratch,” said Merriman. “I would sit there and wait for the phone to ring and Deby would write letters to send that I wish you would hire us.

“The overhead was pretty low – it was just the two of us.”

The first few jobs weren’t landmarks, but motels in restaurants in Louisiana and Black-Eyed-Pea.

“I felt so bad for him,” said Deby, who is also retiring as the company’s HR director. “He came from a big company doing big projects.” 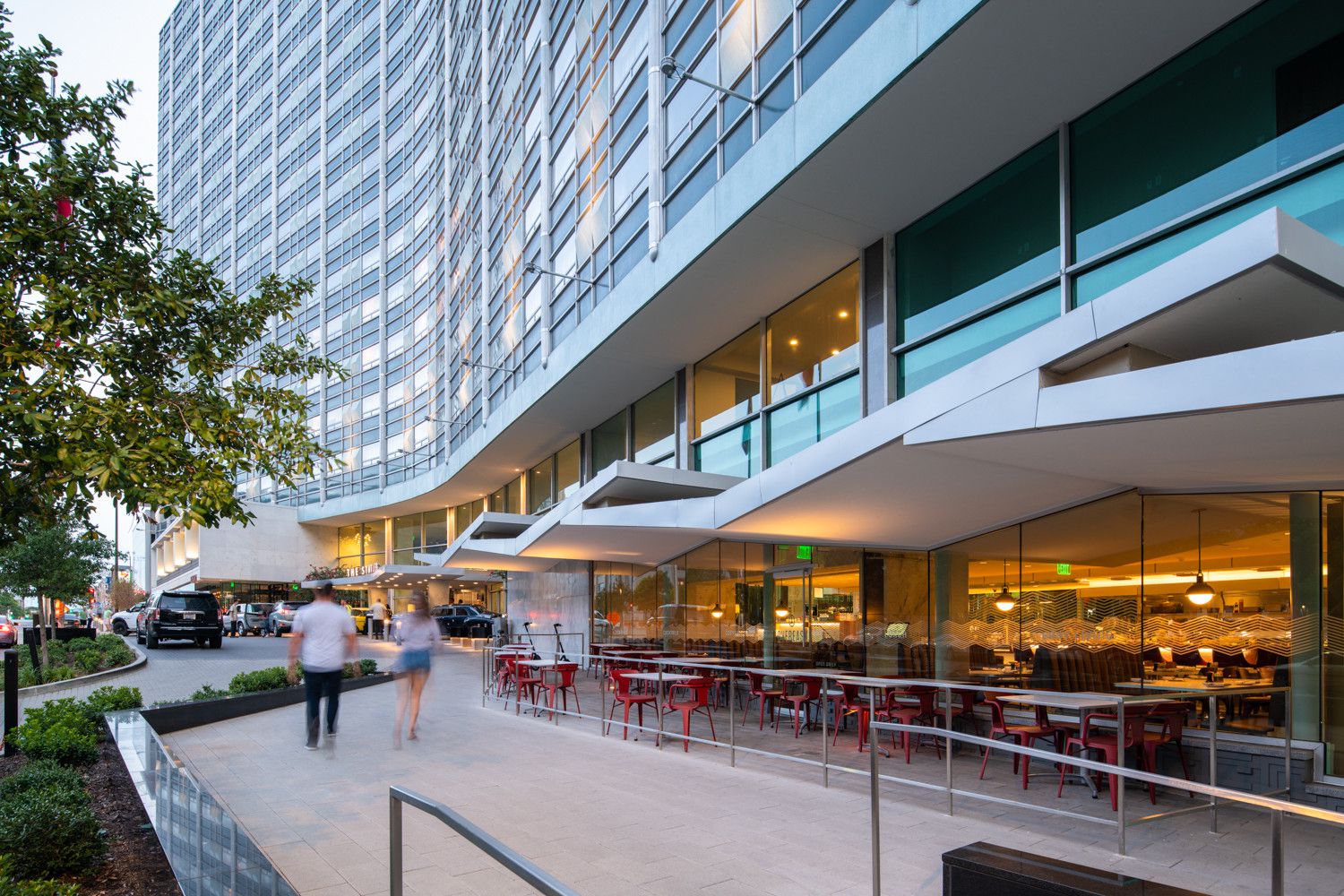 These days, Merriman has a lot of great projects.

Merriman Anderson / Architects has 100 employees in Dallas, Austin and Charlotte, NC and is registered for business in 32 states.

The company is best known for its historic building conversions in Dallas. However, numerous new buildings were erected, including parts of the Grandscape project in the colony, Bell Helicopter headquarters, and the new East Quarter Tower in downtown Dallas.

But historical projects are the company’s strength.

Merriman’s first downtown buildings were the Interurban Building near City Hall and the Gulf States Building on Main Street. “It started our references with historic buildings,” he said. “It just turned into what it was.”

“Merriman is the one stop shop and he’s captured this niche of the downtown revitalization market,” said Hamilton. “Most developers can’t do it, and most architects aren’t up to it.

“There are a lot of surprises and you have to be able to roll with the punches.”

Merriman’s most recent downtown project – the First National Bank Tower on Elm Street – has been in the works for more than seven years. The building had multiple owners, went bankrupt and was foreclosed.

Merriman stuck with it through all its ups and downs.

“Jerry Merriman and his architectural skills and insights were not just the glue for this project, it was 95% of all adaptive mixed-use projects in downtown Dallas,” said developer Shawn Todd, who opened the National Tower before the end of the year. “We wouldn’t have bought this building if Jerry hadn’t been there.

“He has done remarkable things for our city.”

Milton Anderson, Merriman’s vice president and design director who has been with the company for 24 years, has been named president. The succession plan has been in the works for some time.

“We knew this was coming and now it’s up to us,” said Anderson. “Jerry didn’t want a lot of attention – he just wanted to leave quietly.

“But he deserves the credit,” he said. “He more than deserves his retirement and has set a precedent that we can all live up to.” 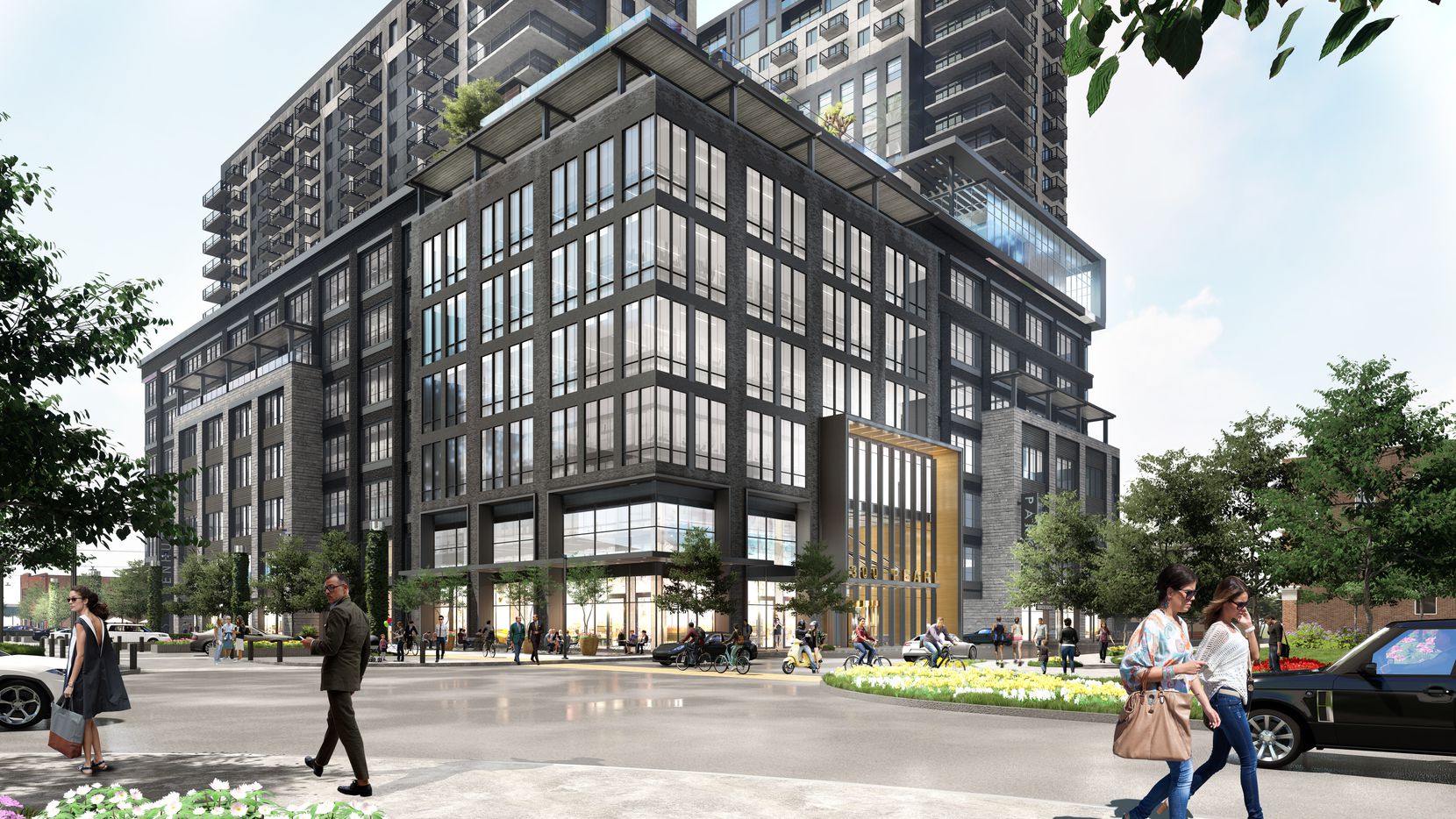