Forty years after late architecture writer David Dillon’s essay for D Magazine titled “Why is Dallas architecture so bad?,” Dallas Morning News architecture critic Mark Lamster revisits the question. How has Dallas progressed in the intervening years, and how might it remake itself for the better? Is Dallas architecture still so bad? We recommend reading Lamster’s answer first and then moving on to his list below of the best and worst architecture in Dallas today.

Fountain Place is the prismatic masterpiece of the Dallas skyline.(Mark Lamster / Staff writer)

“The architecture of a tall tower is 99% logic and 1% art — but don’t you dare take away that 1%,” said Henry Cobb, architect of the prismatic masterpiece of the Dallas skyline. I’m not much for math, but I am quite sure he got his money’s worth out of that 1%. It is a complete work of art, right down to the verdant plaza at its base, designed by the revered modernist landscape architect Dan Kiley. A second tower has now risen adjacent to it (a sister was always in the cards) along with a garage, but those additions have done nothing to diminish the original. 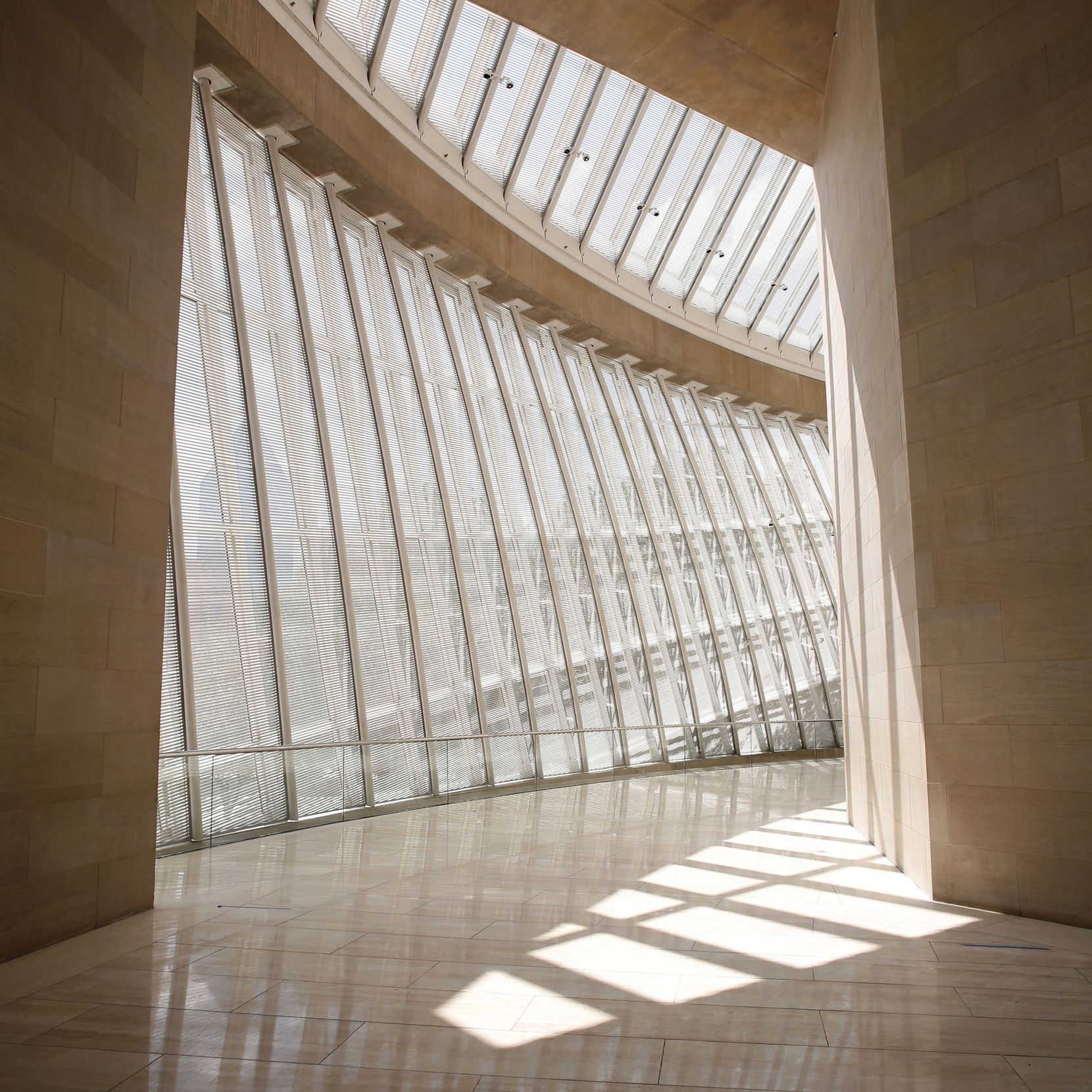 Dallas loves grandeur and pretty forms, and I.M. Pei’s masterful concert hall delivers. If it were a symphony, it would be Beethoven’s Fifth. It’s a big, bombastic crowd-pleaser with dramatic variations: a cool, elegant and bright lobby leading into a jewel box-meets-spaceship concert hall. Bravo. 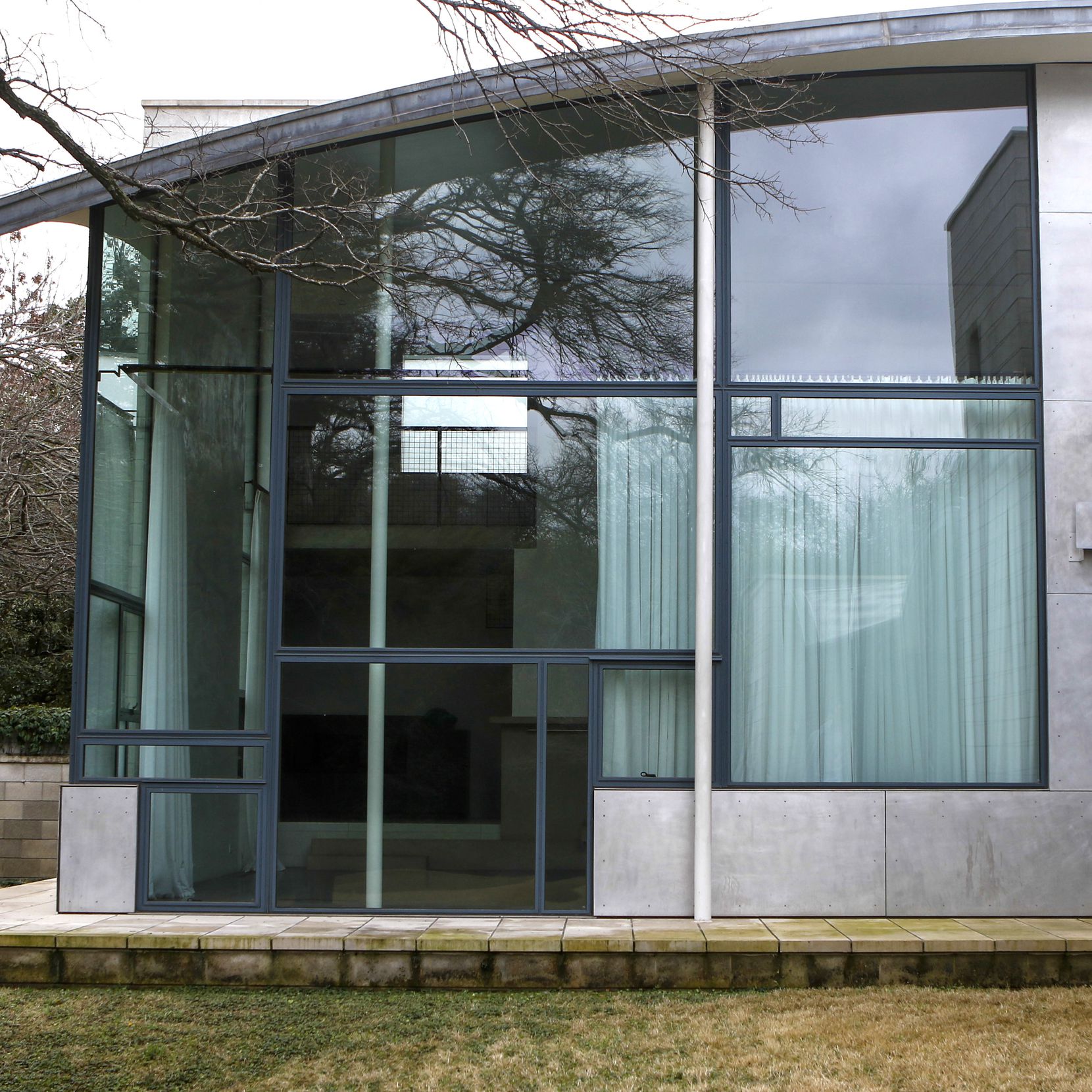 Steven Holl’s Stretto House is a landmark for a generation of architects who admired its commitment to its own ideas. (Jim Tuttle / Staff Photographer)

As New York Times critic Dwight Garner once noted with regard to the art world, if you “can’t stomach a certain level of pretentiousness, you’ll forever be stuck in the shallow end of the pool.” The same goes for architecture, and Steven Holl’s Stretto House is a case in point. Its form is, theoretically, based on a “stretto” (a musical term; don’t worry about it) or the flows of an adjacent creek. Inside it is one idea after another, an architectural kaleidoscope. Flawed? Yes, but it was a landmark for a generation of architects who admired its commitment to its own ideas. A recent addition by Max Levy, who was an associate on the original, is a worthy complement. 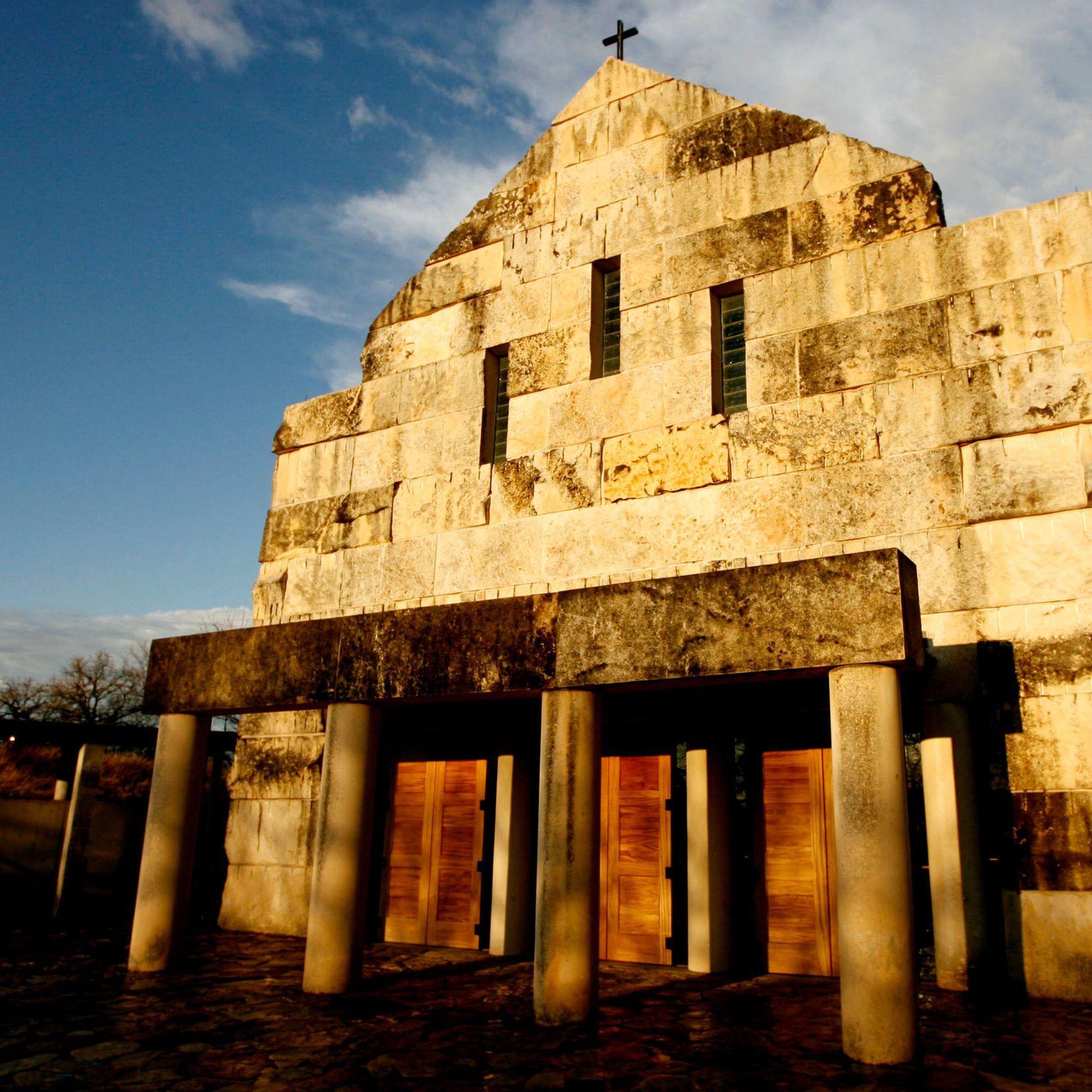 Architect Gary Cunningham describes this extraordinary pile as “neo-Romanesque,” but the Irving landmark is equally a work of Texas vernacular design and handcrafted modernism. Which is to say, it is unique, and unequivocally a masterpiece of American architecture. There is nothing else like it, anywhere. 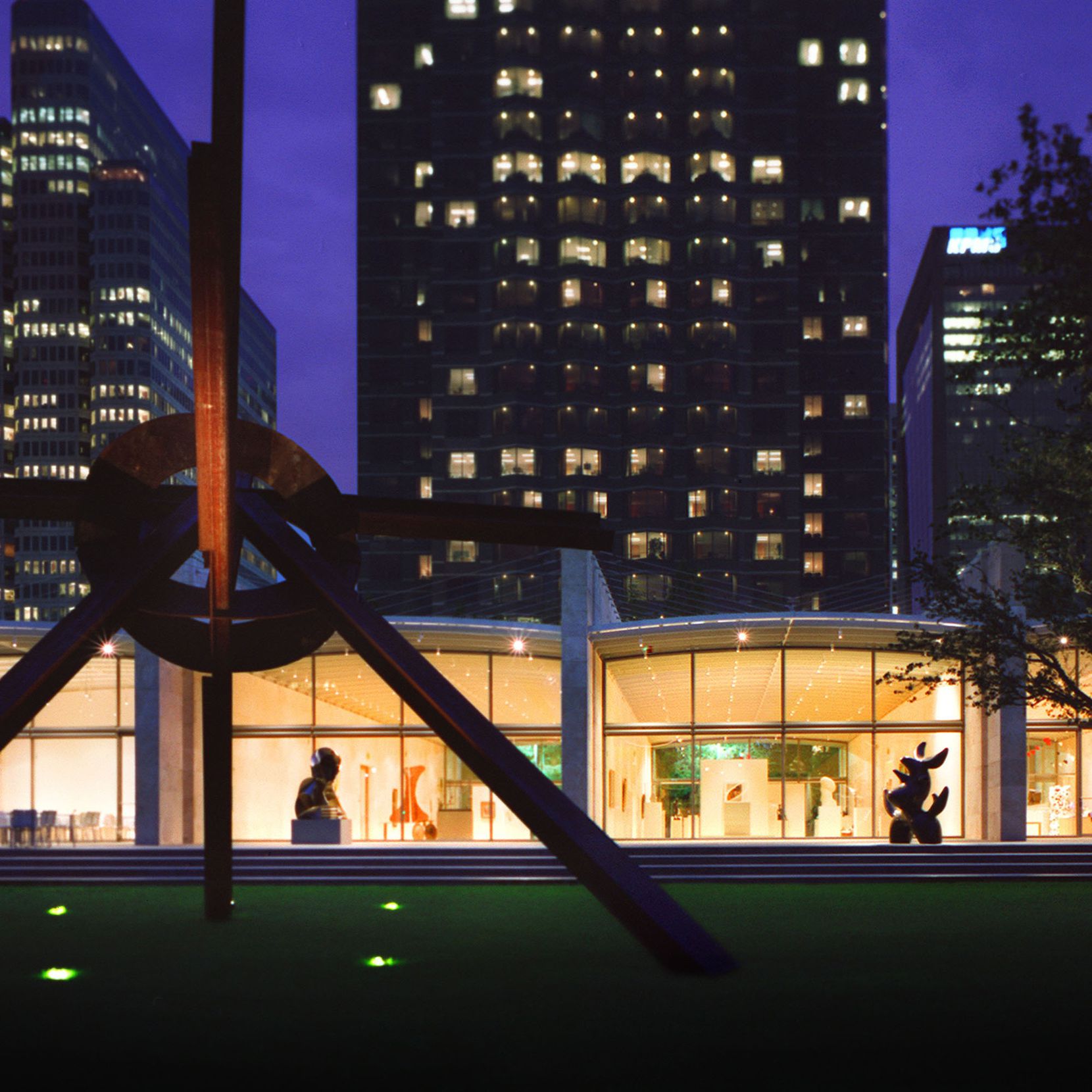 Renzo Piano’s pavilion is a serene work of modernism, classical in its proportions and fastidious in its detailing. Art looks great within its arcades (never mind the glare from its unruly neighbor), and the café is among the most pleasant places to sit in the city. Is it perfect? No. The downstairs gallery is dank, and Peter Walker’s garden design is tediously formal. There is no longer a reason to excuse it being walled off from Harwood Street and Klyde Warren Park. Still and all, a true civic prize. 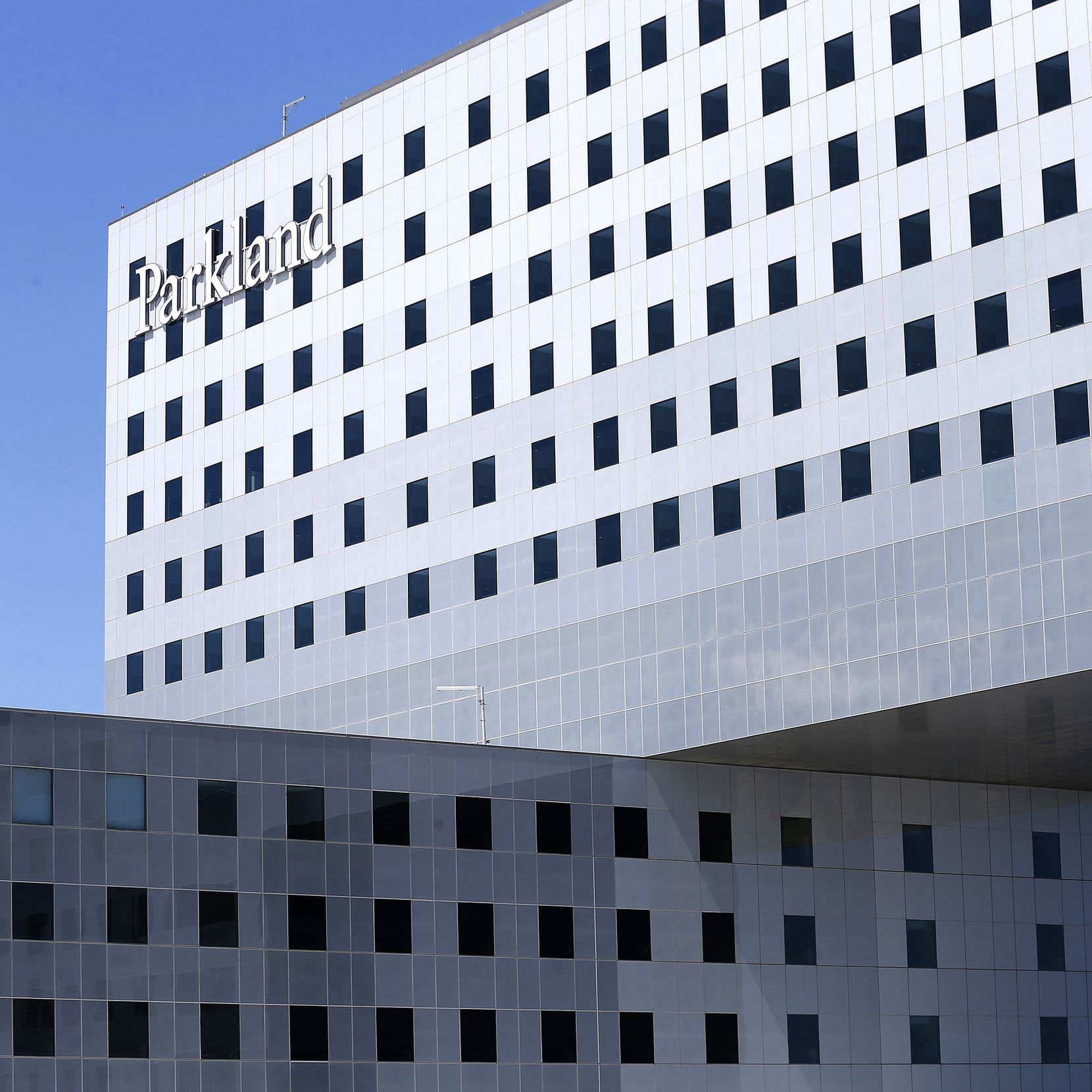 The new Parkland Hospital by Corgan is unabashedly modern and forward in its thinking.(Tom Fox / Staff Photographer)

The exterior is a bit sterile and the interior labyrinthine, but you have to applaud the ambition of this $1.8 billion goliath. That’s an impressive investment in public health, and the design, by Corgan, is unabashedly modern and forward in its thinking 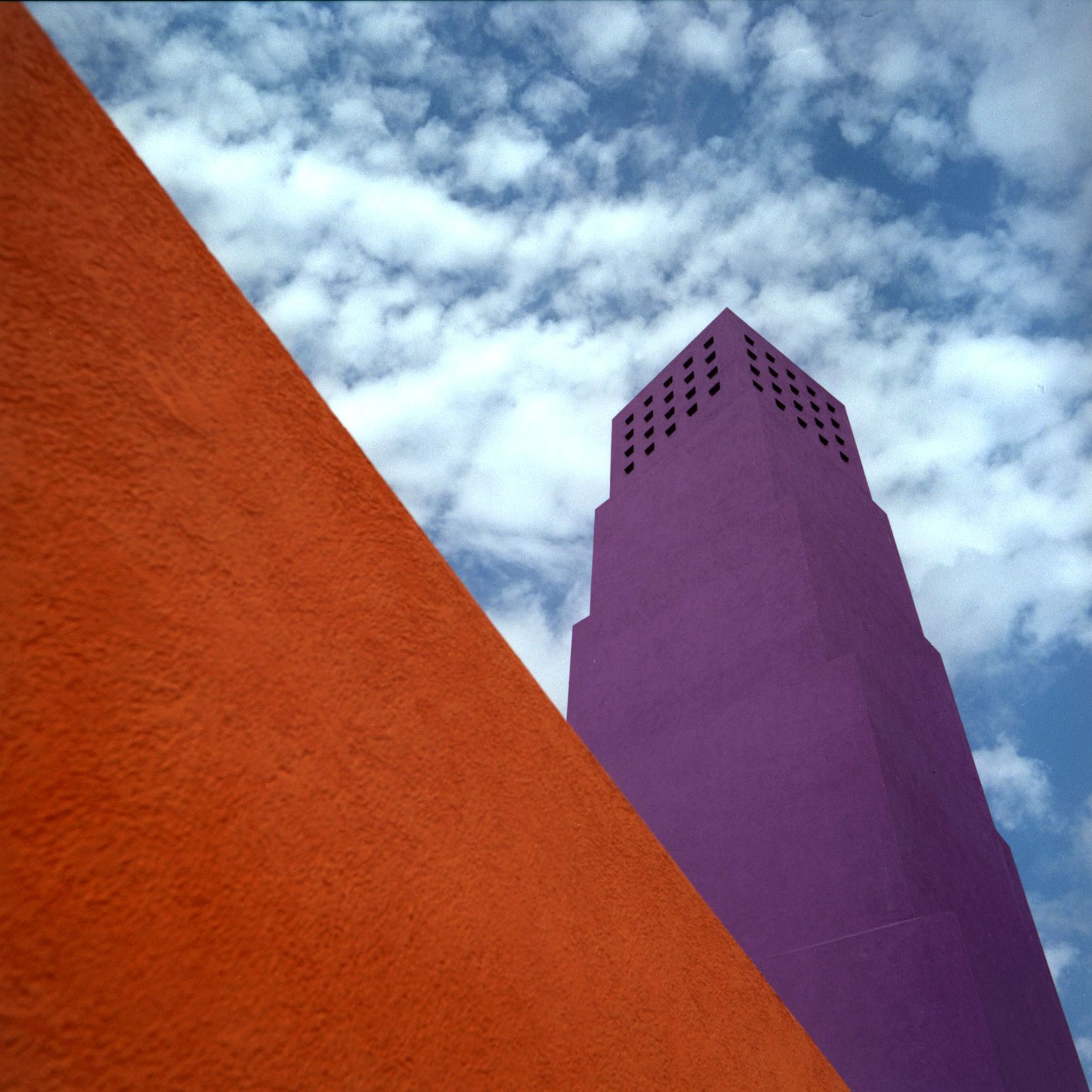 Ricardo Legorreta’s Latino Cultural Center is one of the most visually arresting structures in the city.(Brad Loper / Staff photographer)

The under-appreciated stepchild of the Arts District, Ricardo Legorreta’s Latino Cultural Center is one of the most visually arresting structures in the city, a crayon-hued work of dramatic forms and striking shadows. The Mexican architect draws on various inspirations, from the painted corridors of Giorgio de Chirico to the colored planes and towers of Luis Barragán, the greatest of modern Mexican architects. A planned expansion is welcome. 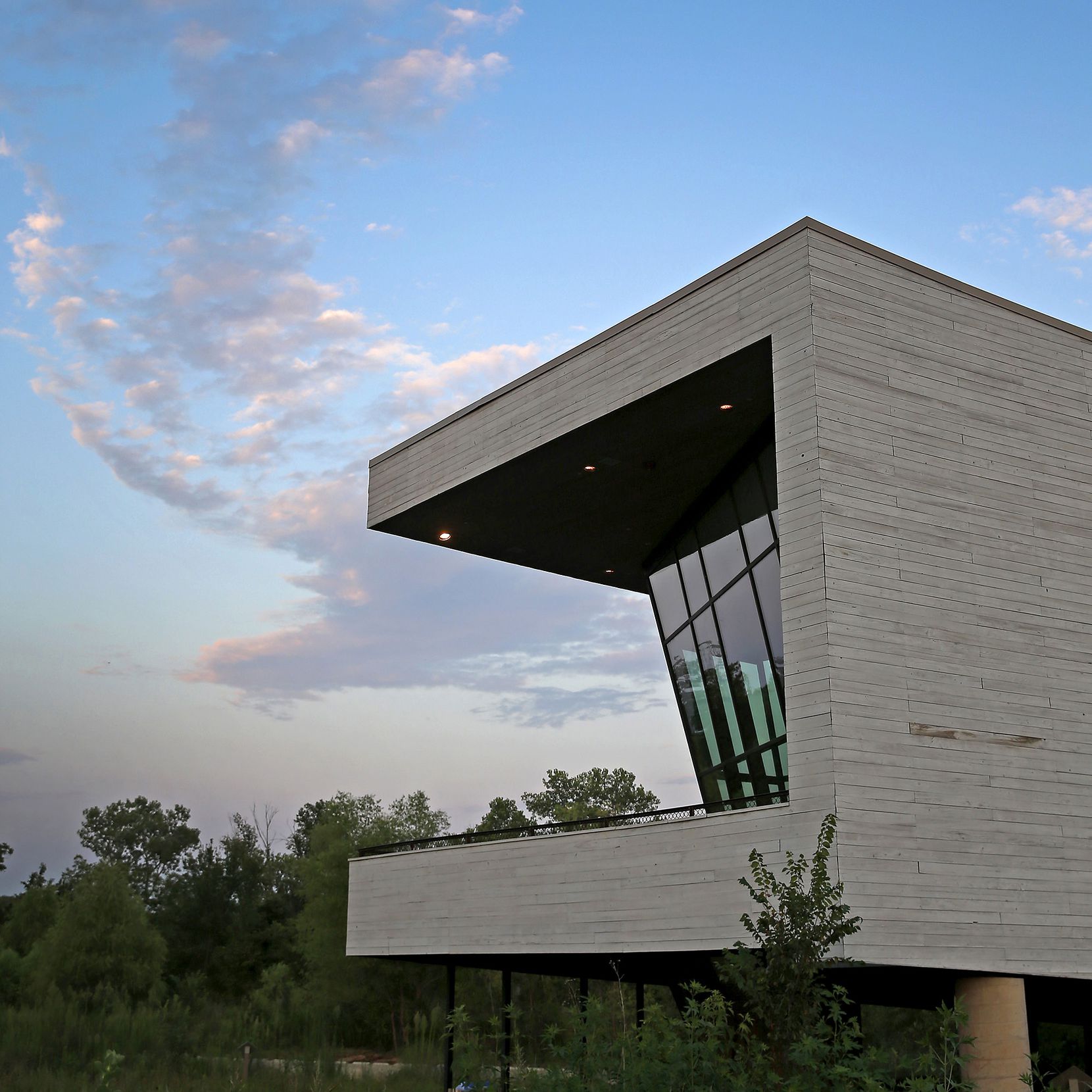 Antoine Predock’s design for the Trinity Audubon Center is complex and quirky in the best ways.(Jae S. Lee / Staff Photographer)

A masterful composition of reclaimed materials that embraces the remade Trinity landscape. Antoine Predock’s design is complex and quirky in the best ways, with shaded terraces opening onto boardwalks and window patterns inspired by mathematical formulas and the architecture of Le Corbusier. Notable, as well, are the small wooden observation pavilions on the center’s trails — works of austere simplicity. 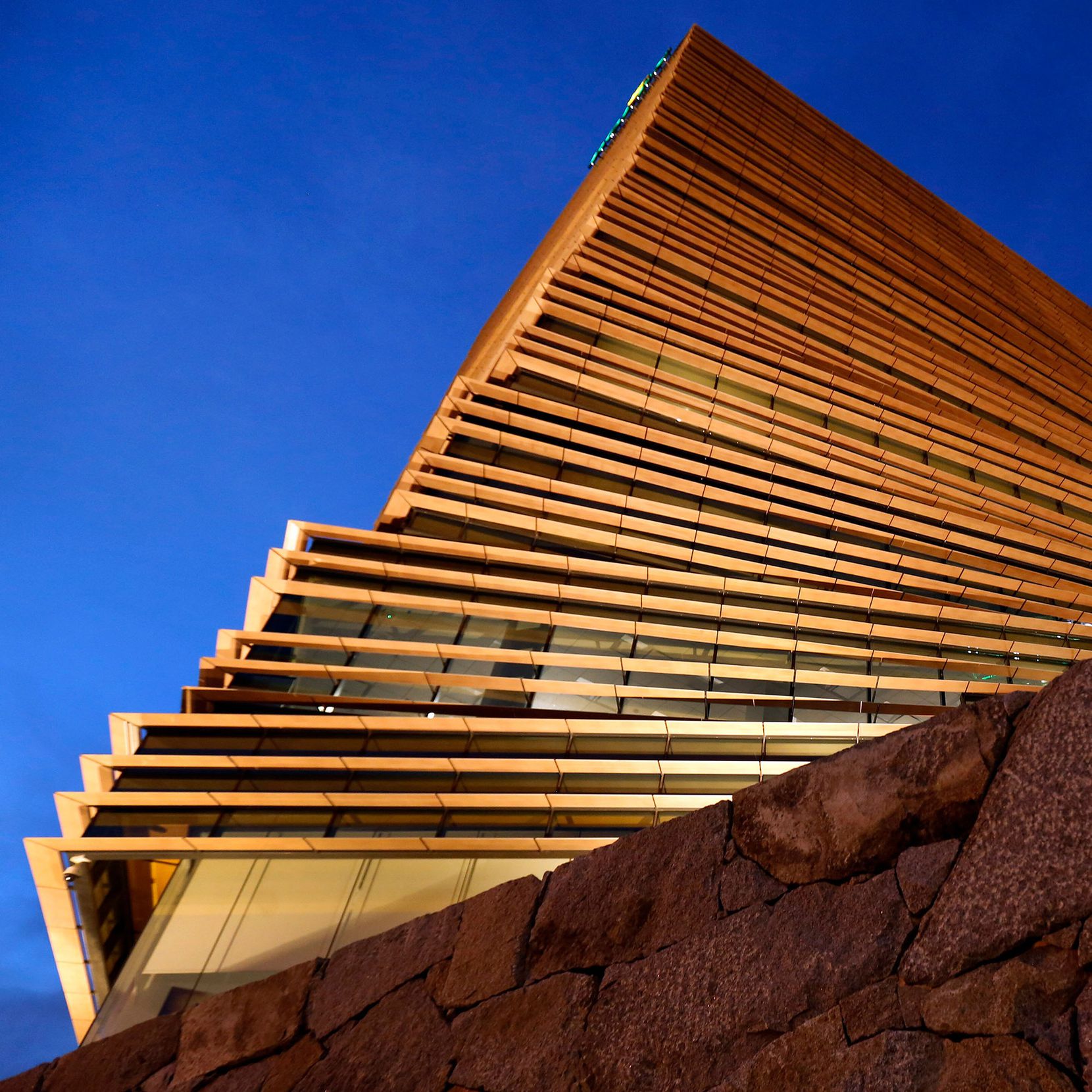 Kengo Kuma’s spiraling Rolex Tower is the most sophisticated tall building to go up in Dallas since Fountain Place.(Tom Fox / Staff Photographer)

Kengo Kuma’s spiraling building befits its Swiss watch namesake, being both rugged (that traditional stone wall at its base), handsome (in its torqued form), and efficient (those sun-blocking louvers). It is the most sophisticated tall building in the city since Fountain Place, though it lacks the public space that makes the latter a true civic amenity. 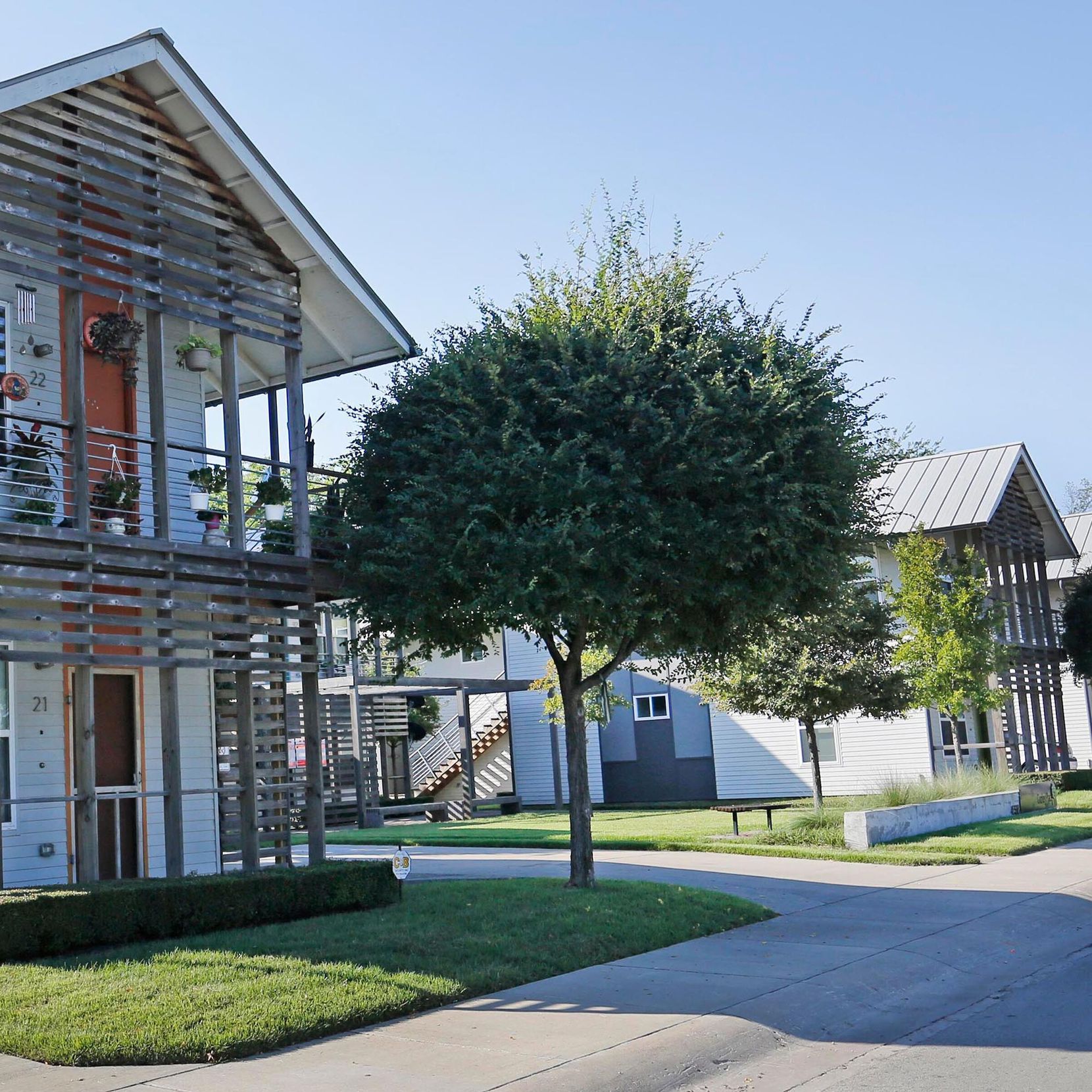 Gurley Place, an affordable senior housing project by the nonprofit BC Workshop, is a model of equitable and sustainable design practice.(Louis DeLuca / Staff Photographer)

This affordable senior housing project by the nonprofit architecture and advocacy office BC Workshop in the Jubilee Park neighborhood is a model of equitable and sustainable design practice. Developed in collaboration with neighborhood residents, it consists of 12 independent two-story homes united by a shared visual language of gabled roofs and wooden louvers that provide privacy and shading.

WORST: THE HALL OF SHAME 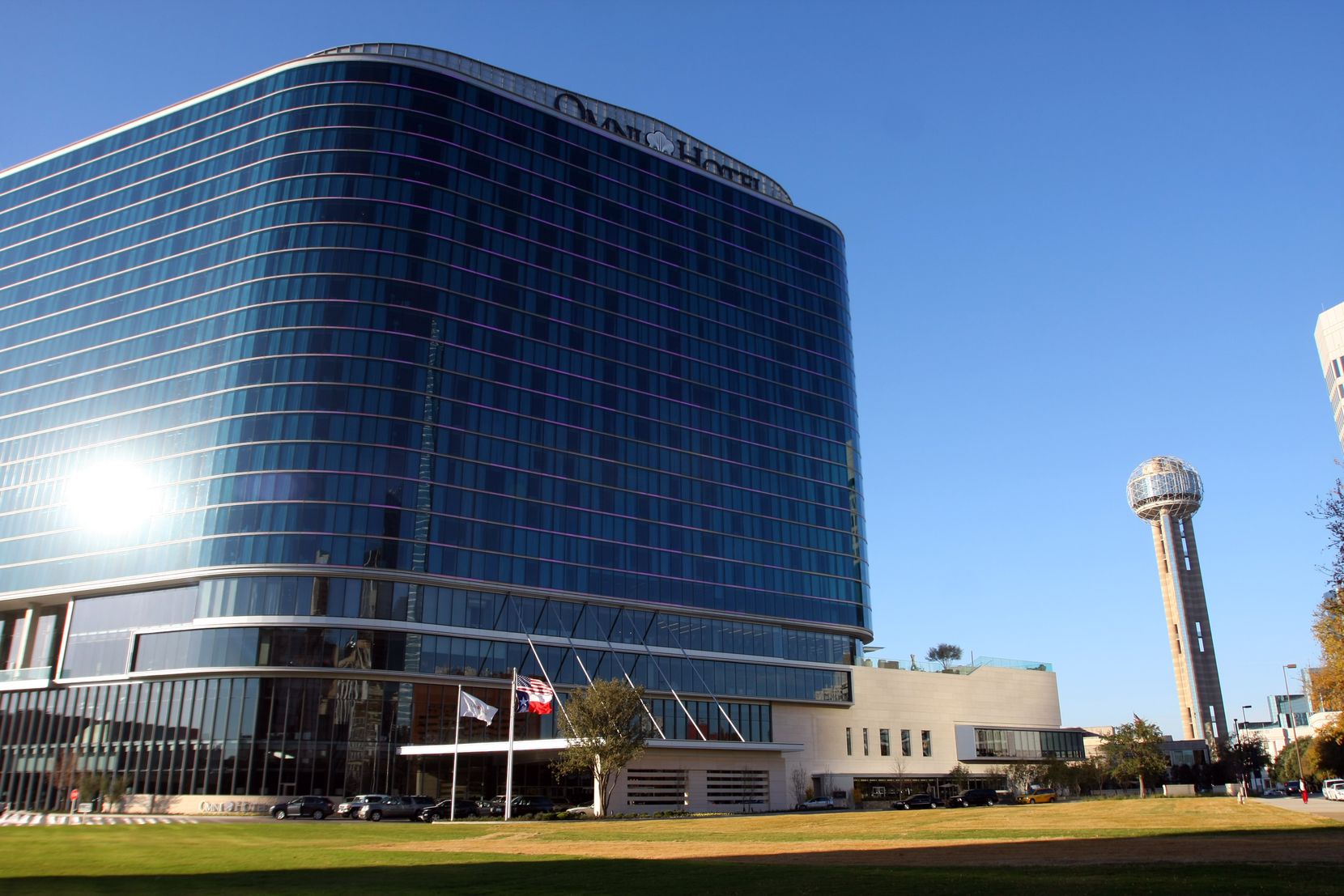 The Omni Dallas Hotel (left) manages to be both a garish eyesore and an urban-design failure, sited awkwardly in disregard to the street grid.(Ben Torres / Special Contributor)

The glass-wedge hotel manages to be both a garish eyesore and an urban-design failure, sited awkwardly in disregard to the street grid. Worse, it turns the city skyline into a billboard for whatever conventioneers happen to be visiting. 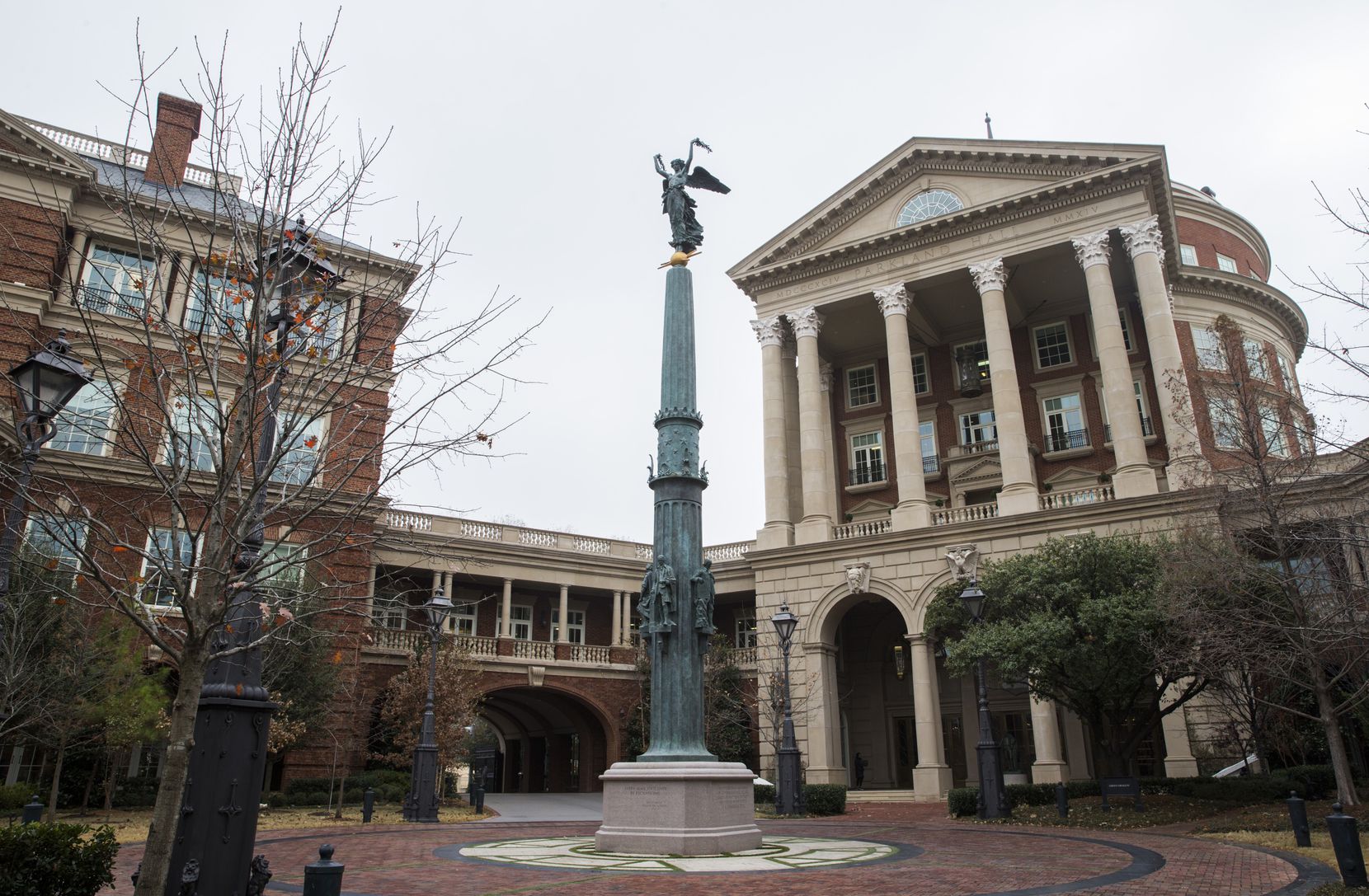 A development for snowflakes so scared of the city and the present that they hide out in a gated bastardization of architecture woefully mischaracterized as Jeffersonian. Sad. 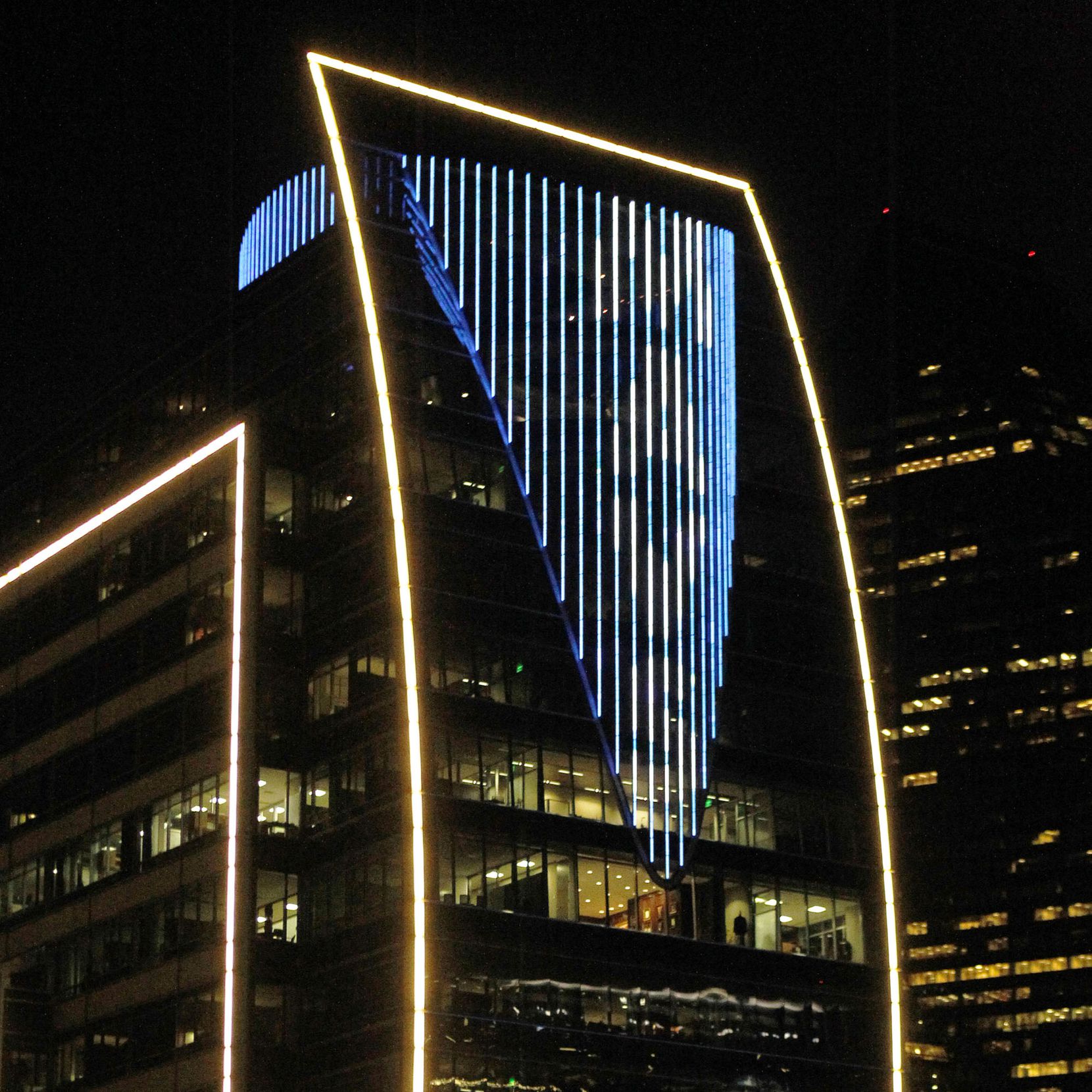 The massive Hunt Building is simply too much, a pointless agglomeration rather than a clearly expressed idea.(John F. Rhodes / Staff Photographer)

The incredible bulk that lords over Klyde Warren Park. The Hunt should be shown to all architecture students as an example of what happens when you try to do too much — too many shapes, too many materials, too many visual effects — and end up with a pointless agglomeration rather than a clearly expressed idea. 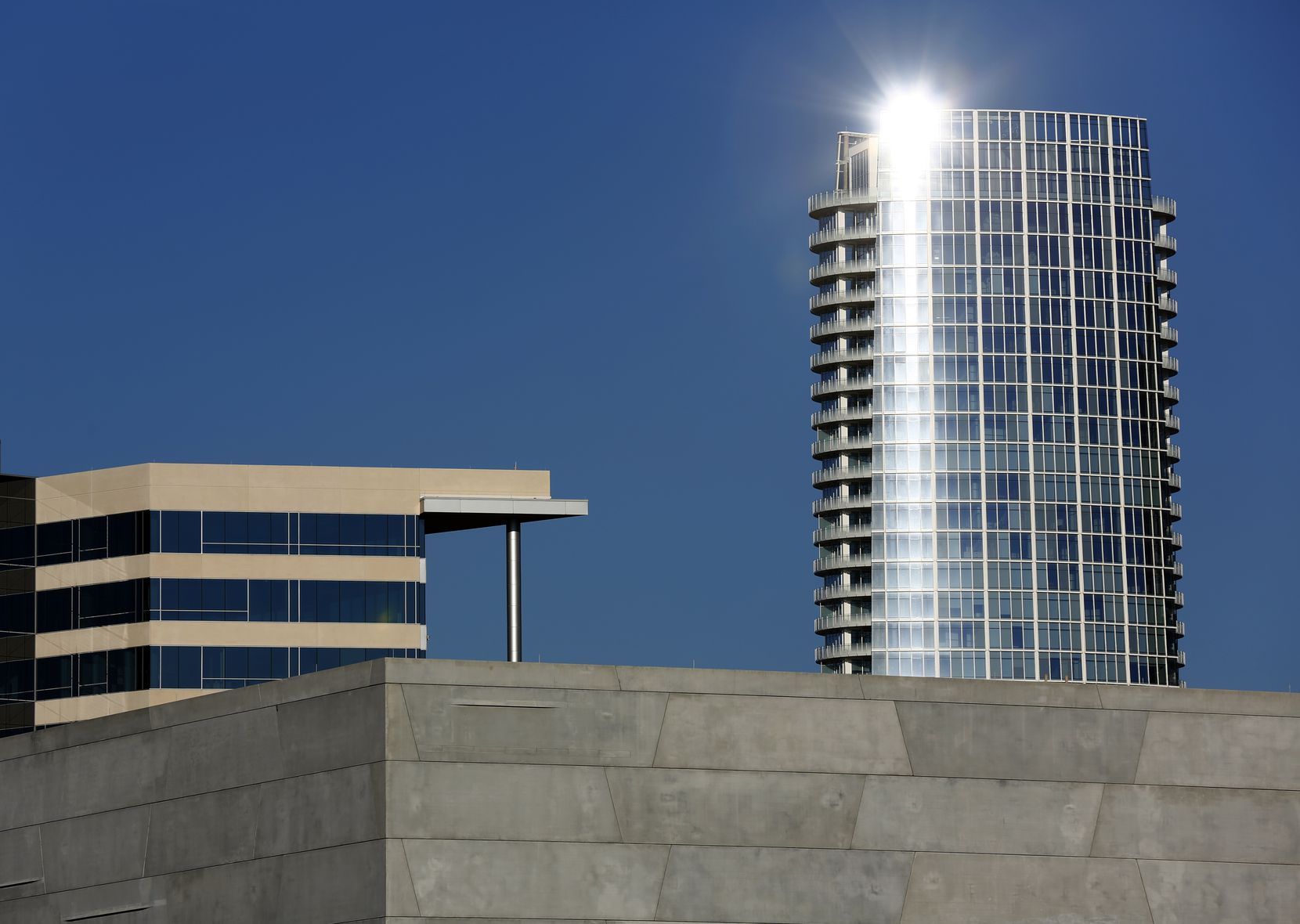 Why does a building next to a public park with a dog run need its own private dog run? This odious walled vertical suburb is a civic embarrassment, the embodiment of a runaway plutocracy that places its own interests over the commonweal — and common decency. It’s been nearly a decade, and this tower’s overly reflective windows are still shining into the Nasher. 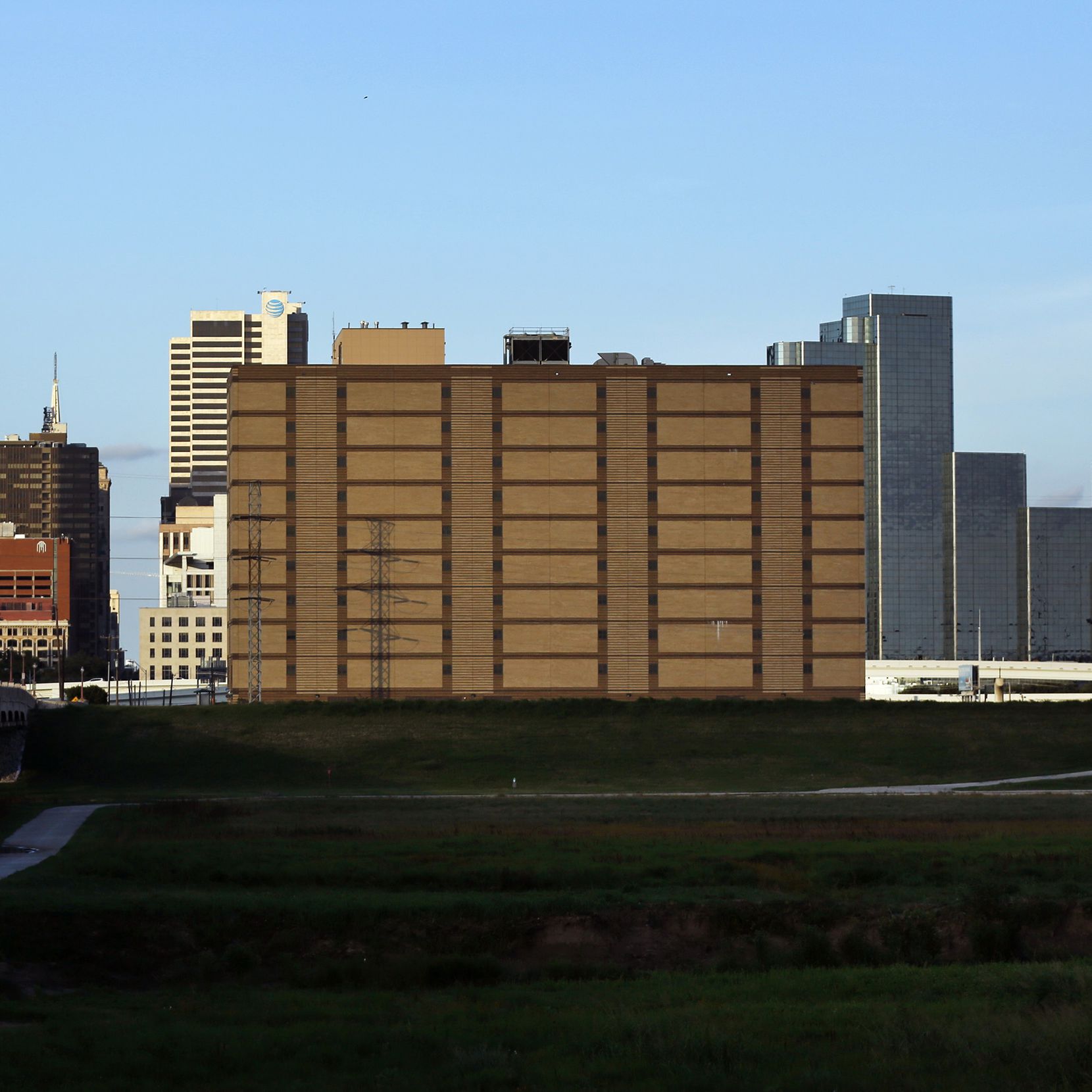 The former Dawson State Jail (center) is blessedly headed for a remaking as an entry point to the forthcoming Trinity park.(Tom Fox / Staff Photographer)

The real criminality here is that the gateway to downtown runs between the Lego-block dystopia of the former Dawson State Jail and the sprawling brown heap that is Sterrett. Dawson is blessedly headed for a remaking as an entry point to the forthcoming Trinity park. Sterrett, alas, is here to stay. 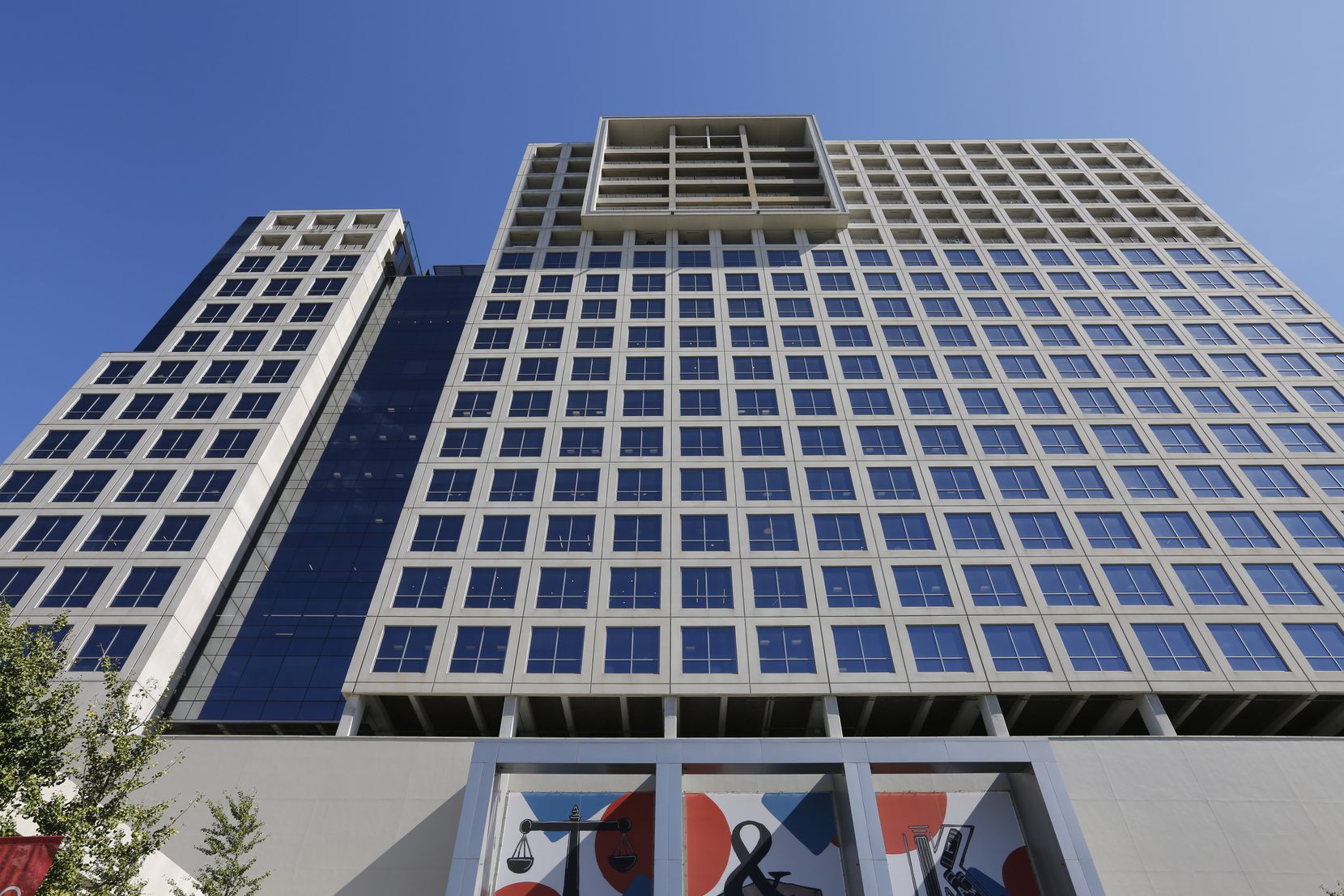 The pedestrian-unfriendly One Arts Plaza is the dud of the Arts District.(Ron Baselice / Staff Photographer)

The dud of the Arts District: an over-scaled, lifeless white grid stuck behind an ill-conceived circular driveway. It’s awful for pedestrians and needlessly cuts the district off from the east. And what, exactly, is the point of that insipid red square outline at night? 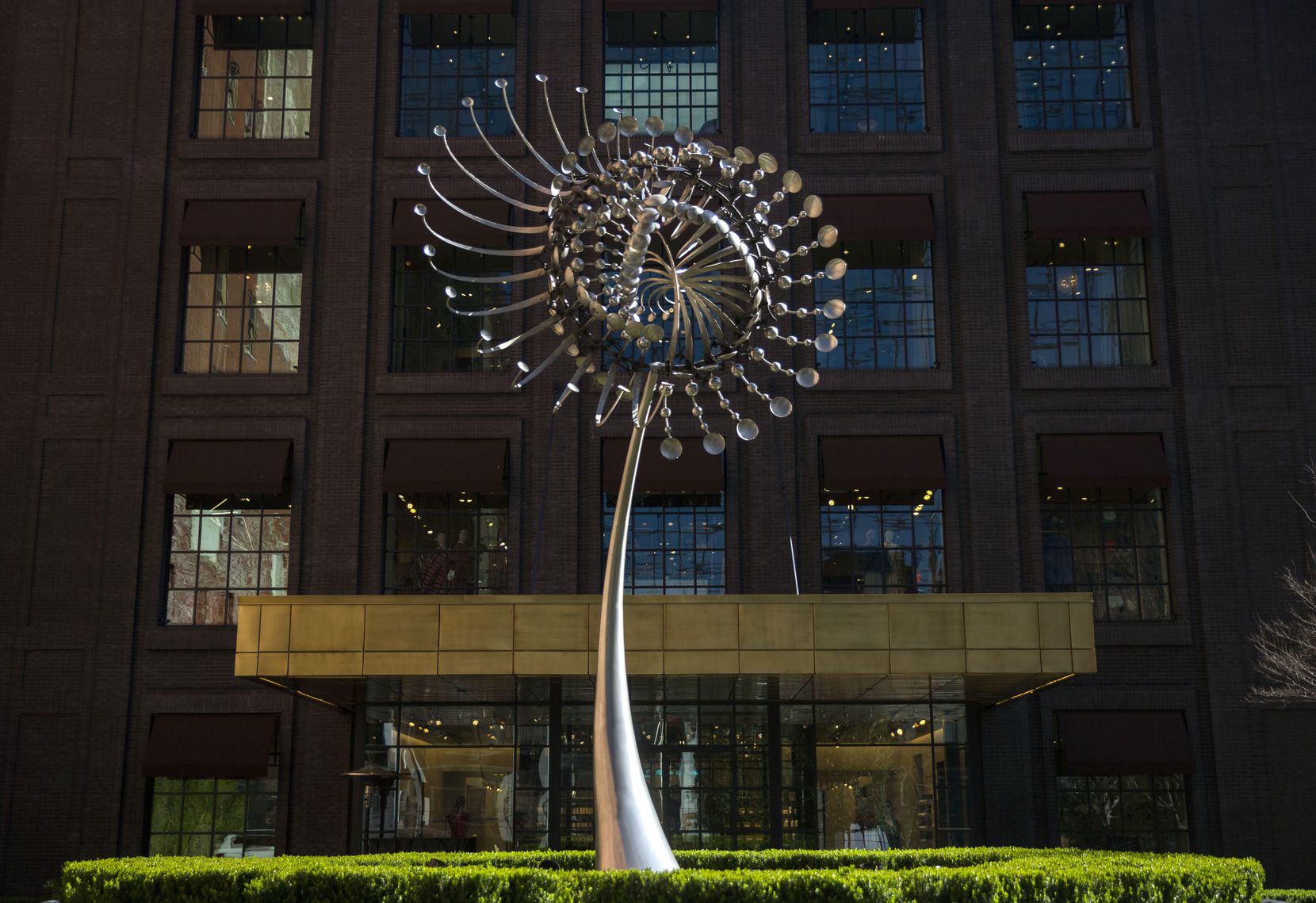 As architecture, this upscale shop is fine, nice even. But why was it necessary for billionaire developer Tim Headington to knock down historic buildings to create it, when those buildings might have been repurposed? Especially egregious: the knockdown of a storefront on Elm to create a surface parking lot at the store’s rear. Super-especially egregious: doing this after knocking over the neighboring Praetorian Building, once the city’s tallest, only to leave a walled turf “garden” marked by Tony Tasset’s god-awful eyeball sculpture. 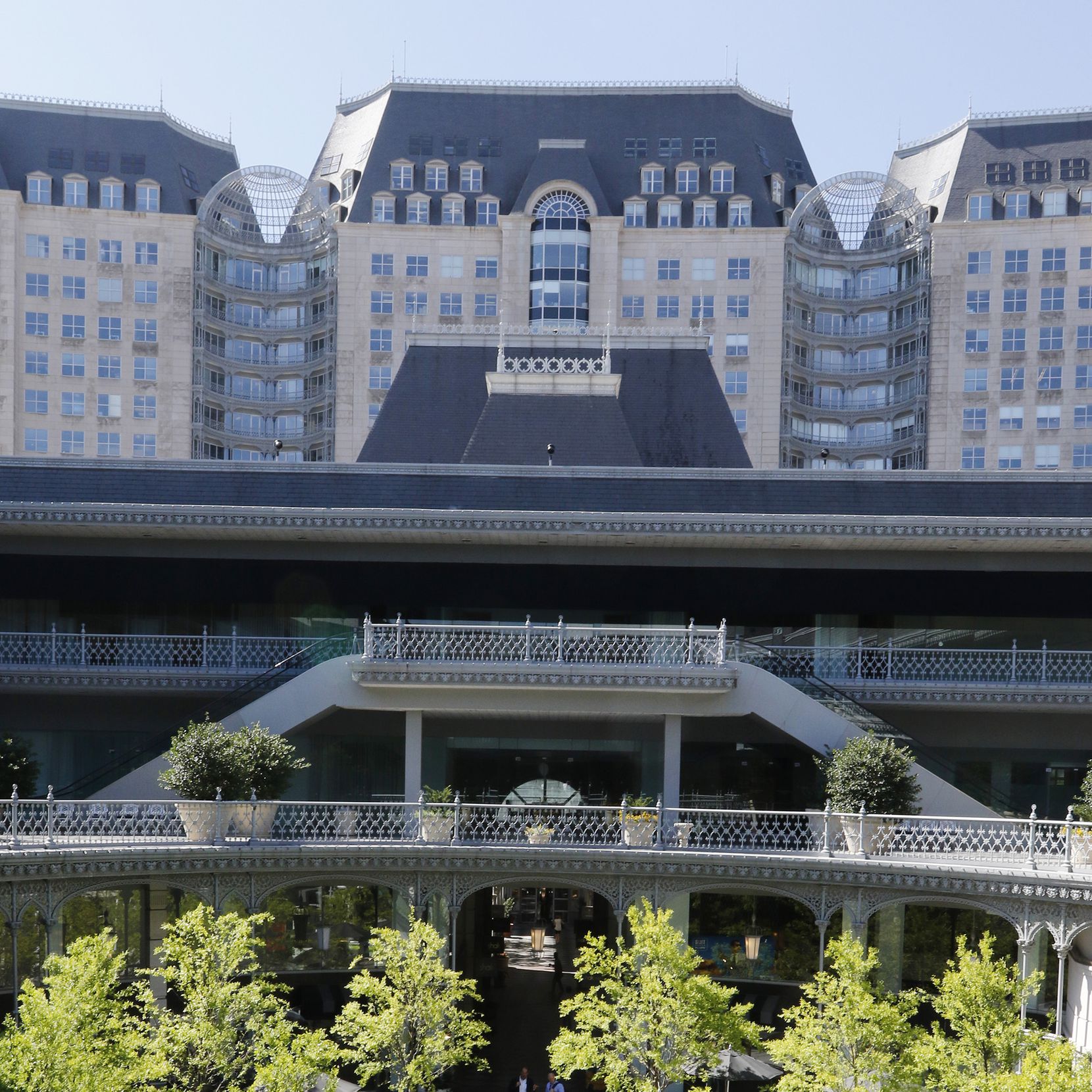 The Crescent somehow manages to be both finicky and bombastic at the same time.(David Woo / Staff Photographer)

It is hard to be both finicky and bombastic at the same time, but Philip Johnson’s overblown postmodern complex manages that trick. What style is this supposed to be aping? It’s hard to know, but there are lots of mansard roofs and plenty of filigree. Alas, McKinney Avenue isn’t the Champs-Élysées, although the Crescent is about as friendly to pedestrians as a French waiter. 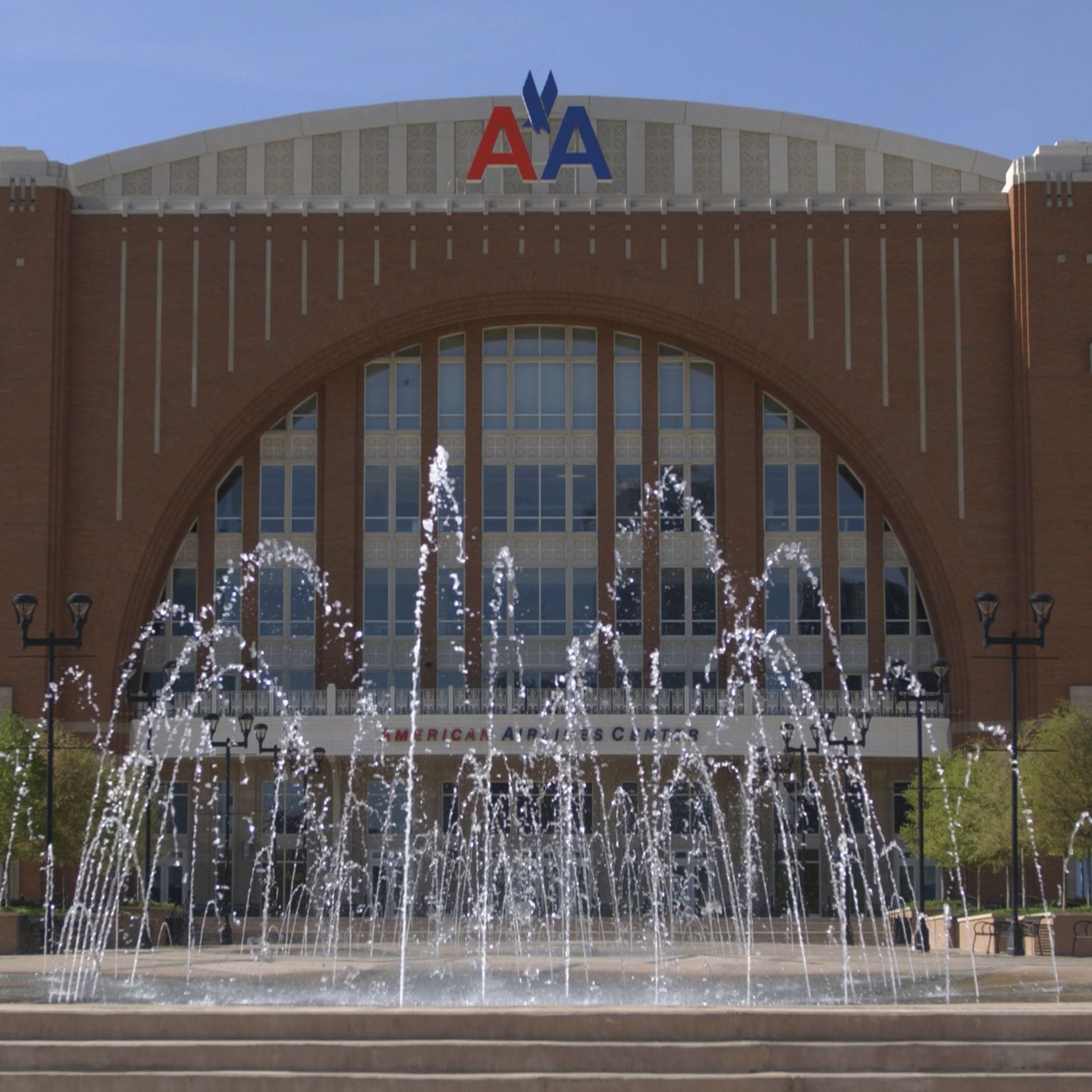 Why does American Airlines Center look like an airplane hanger? At least the sight-lines are good. (Glenn James / NBAE/Getty Images)

Why does a basketball arena look like an airplane hanger? I don’t know, either. I also don’t know why the constricted circulation spaces look so terribly institutional, or why exiting the building after a game is such an irredeemably unpleasant and confusing experience. Sight-lines, at least, are good. Still, MFFLs deserve better. 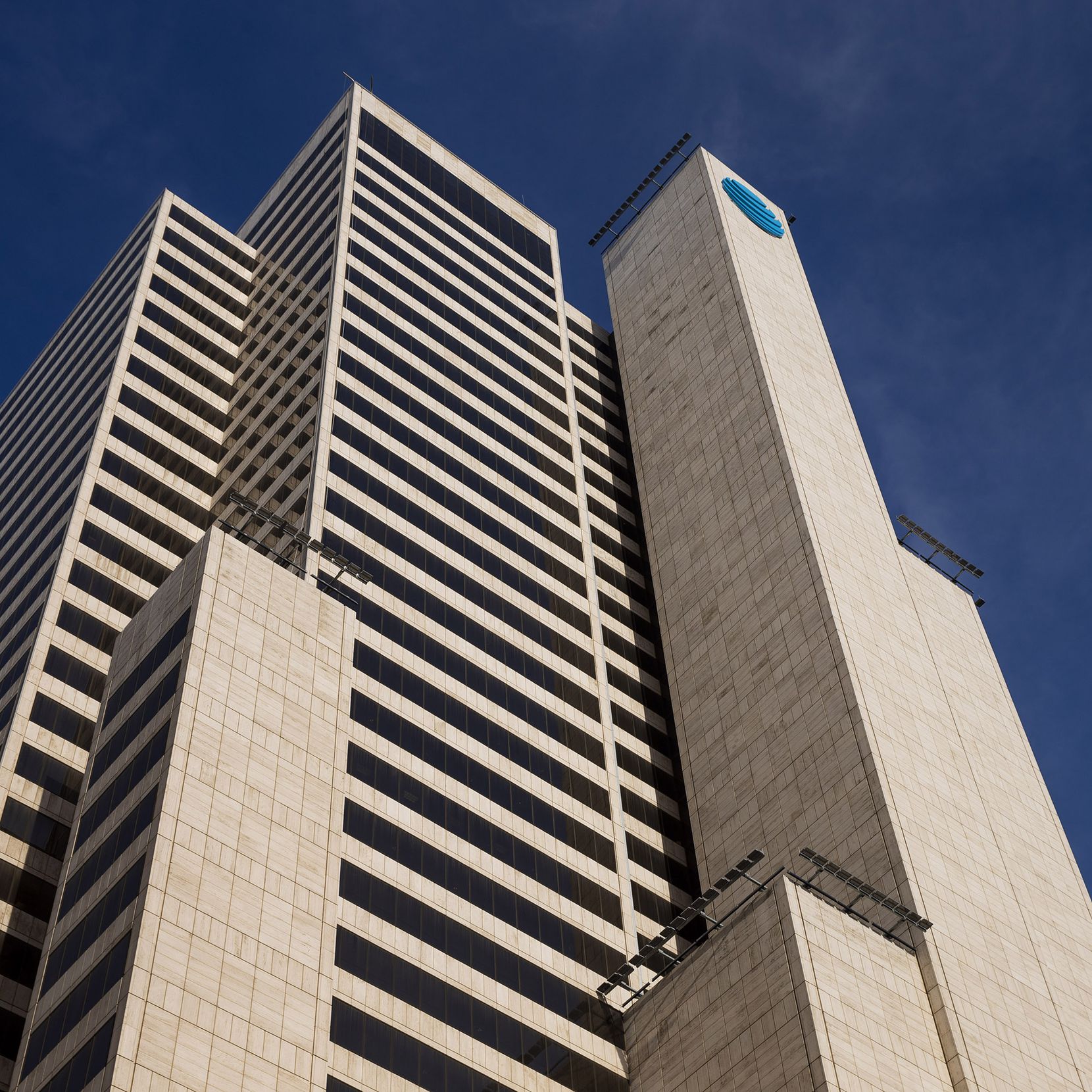 When it was based in New York City, AT&T was headquartered in one of America’s most controversial buildings, Philip Johnson’s chippendale-capped postmodern tower. In Dallas, the idea was to stay out of the headlines, a goal achieved with this boring tower clad in white stone. The city’s biggest corporation barely makes a mark on the skyline. On the ground it was deadly dull, a problem that has been rectified by a successful new plaza design.