All pictures by Casey Dunn. Courtesy of Specht Architects.

New York and Austin based Specht Architects recently completed the Preston Hollow House, an 8,000 square foot residence that was influenced by the classic modern Dallas homes of the 1950s and 1960s. 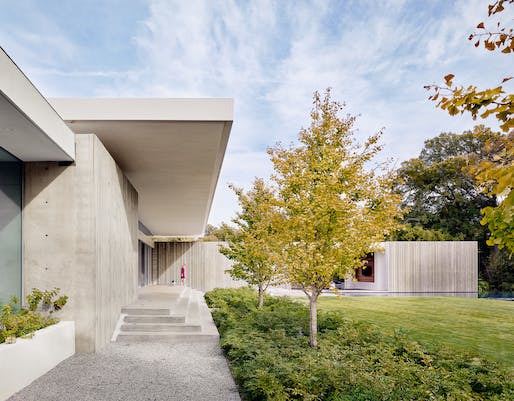 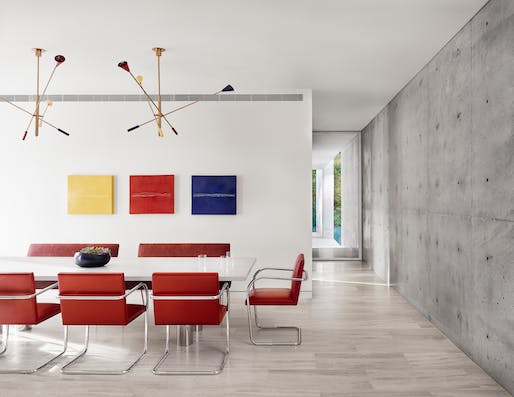 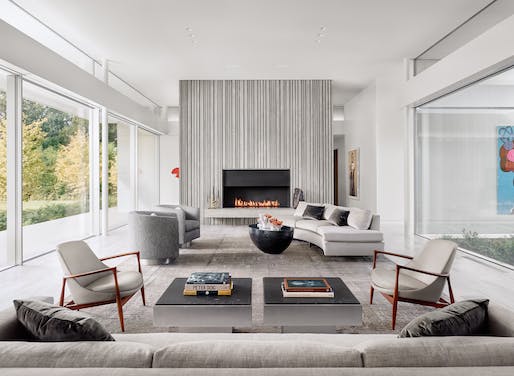 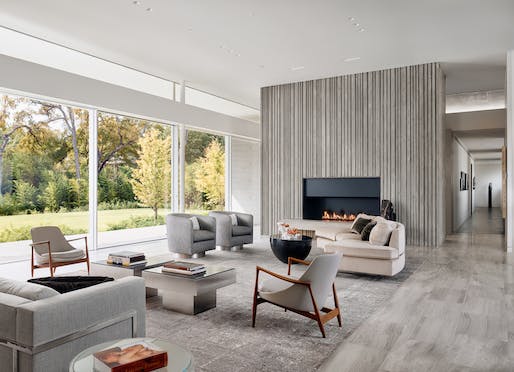 The characteristic features of the house include the heavy cast concrete walls that extend from the interior to the surrounding landscape, creating outdoor spaces and courtyards that frame the view from inside the house. The concrete walls were poured with specially made formwork that creates a wavy appearance. 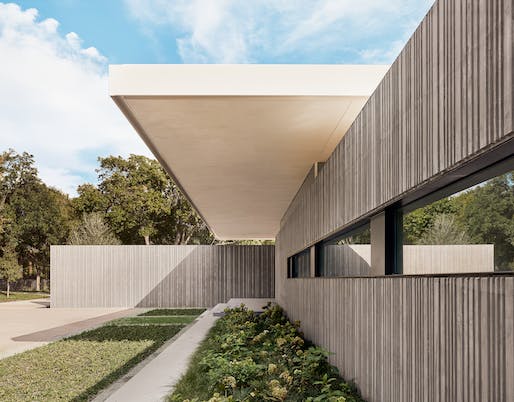 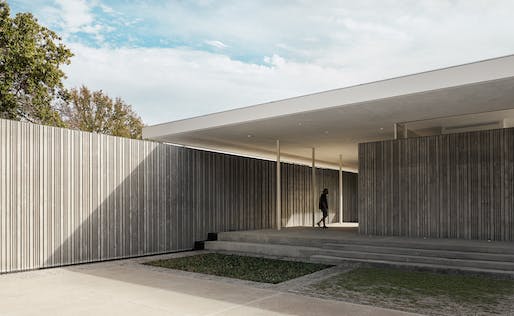 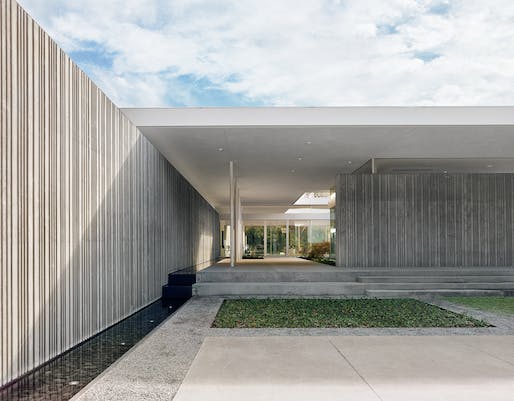 “This technique, a staple of Brutalist architecture from the 1960s and 1970s, creates a game of shadows and patterns that changes over the course of the day,” said Scott Specht, founder of Specht Architects. “In contrast to the brutalist works from this period, the heavy walls are juxtaposed with sensitive steel columns, thin window frames and the floating roof edges. The concrete is a grounding element that contrasts with the general lightness of the roof.” 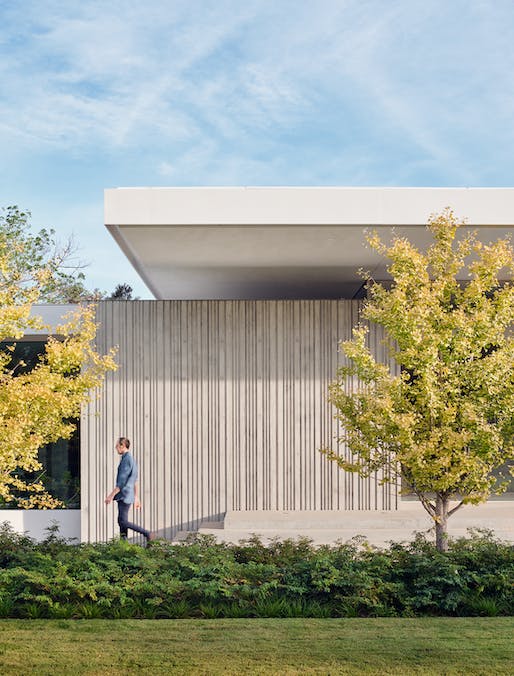 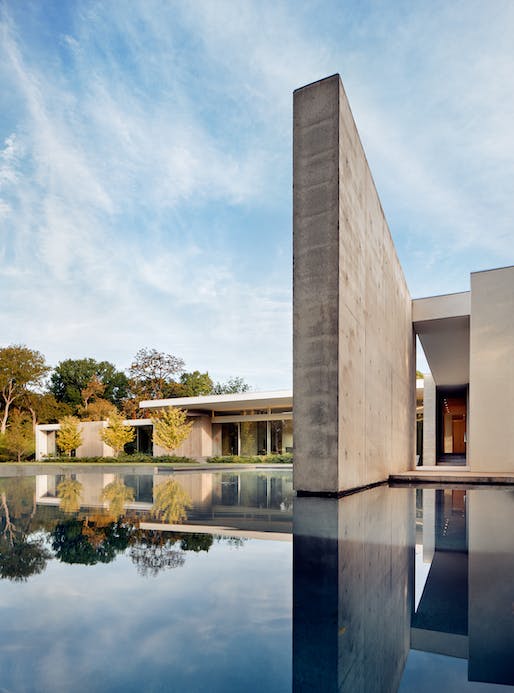 A pavilion-style roof sits lightly on top of the level structure and the large cantilevered overhangs have been strategically designed to provide shade from the Dallas sun at different times of the day. 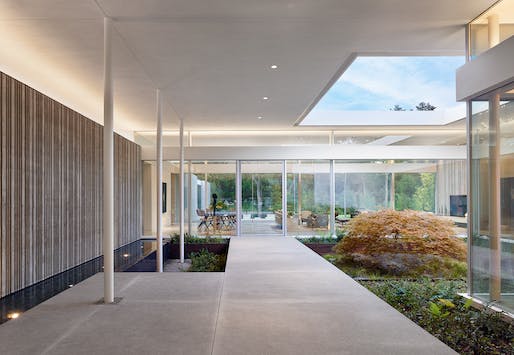 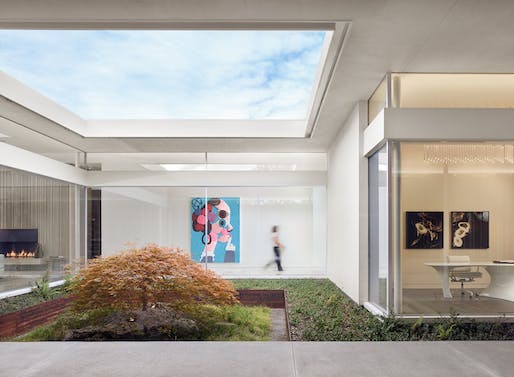 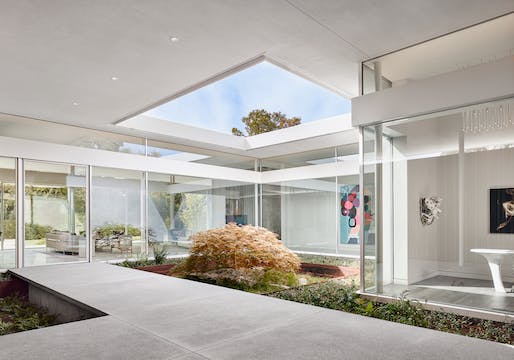 There is also an “impluvium”, an opening in the middle of the roof that was modeled on traditional Roman houses. The opening allows rainwater and light to enter the room and take care of the garden below. 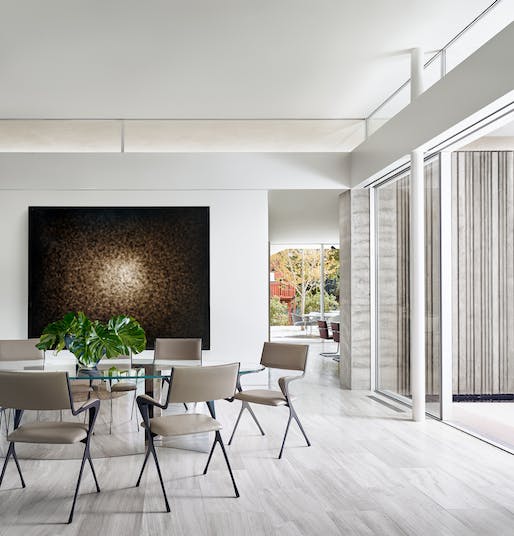 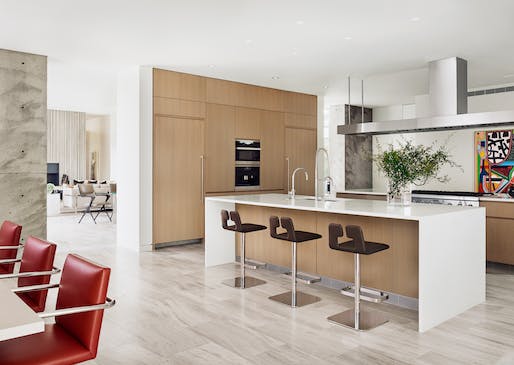 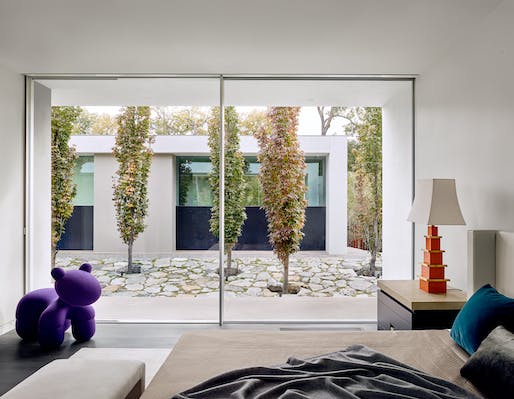 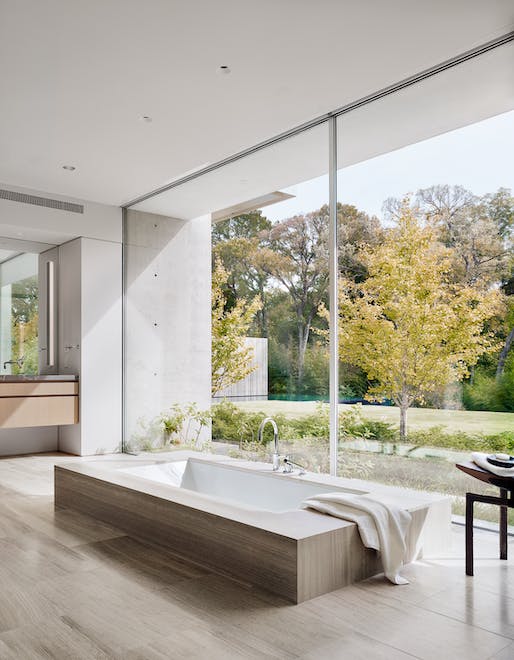 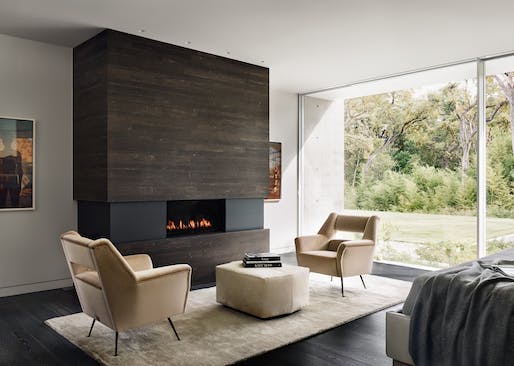 In addition, water was also a central part of the overall design approach. From the entrance a narrow water channel leads through the area to a pool. The stream is complimented by a series of terraces and a subtle waterfall at the main entrance. 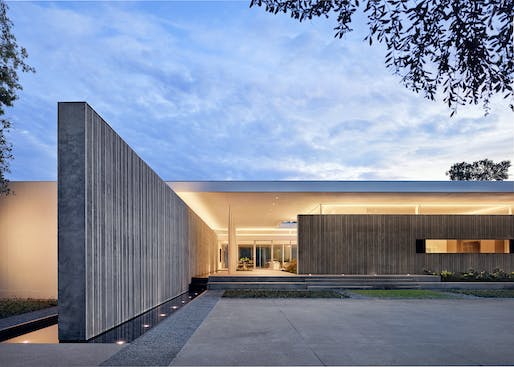 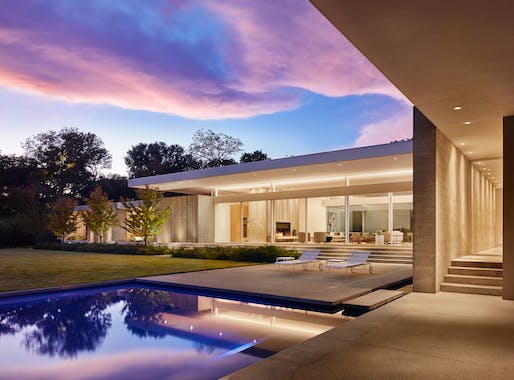 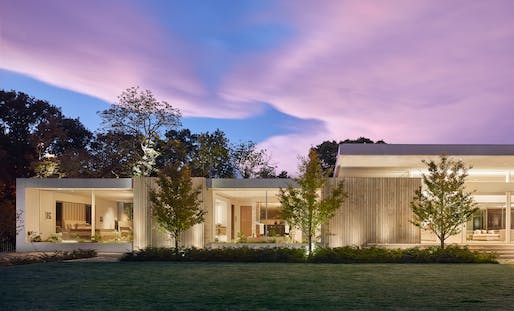 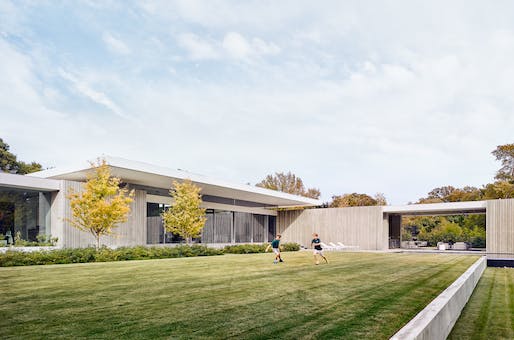 Related Articles About Archinect You May Be Interested In …