Cold temperatures and icy streets on Valentine’s Day were heartbreaking for restaurant owners in Dallas.

After what Cane Rosso owner Jay Jerrier calls a “Nightmare” 2020, hundreds of restaurants in the Dallas area were hoping for sales spike on Valentine’s Day. But unprecedented weather conditions forced Jerrier to temporarily close eight restaurants in Dallas-Fort Worth: six Cane Rossos and two Zoli’s.

Worse, the original Cane Rosso in Deep Ellum would have celebrated its 10th anniversary on February 14th. Instead of selling hundreds of heart-shaped pizzas, the restaurant is locked up. Jerrier is at home surfing for a movie to watch with his wife and children. He’s just grateful that they already sold $ 10 pizzas in honor of the restaurant’s 10th birthday on February 9 for National Pizza Day.

“Today is likely to cost us at least $ 100,000,” said Jerrier of his company’s widespread closings on Valentine’s Day.

“But what are you going to do? I hope that once we get through this weather and COVID, we will have a lot of catching up to do. “

The pastry chef Andrea Meyer closed the Bisous Bisous Patisserie in the West Village of Dallas on Valentine’s Day because of the weather. Your team “had to mix things up – and so did the customers” in order to receive orders one day early on February 13th.

Bakeries often make big sales on Valentine’s Day weekend. Bisous Bisous celebrated the holiday by selling heart-shaped French macarons in various flavors and a strawberry croissant dipped in chocolate. Many of Meyer’s customers pre-ordered their desserts and picked them up early. And those who didn’t miss the opportunity to shop for last minute candy as the snow covered northern Texas and temperatures plummeted into teens.

Federal Paycheck Protection Program loans and loyal customers have seen Bisous Bisous through a tough 2020. She’s hoping for a better 2021, she says, but Valentine’s Day could have been better.

Dozens of restaurants announced closings for Valentine’s Day, which means customers are left with no reservations or take-out and restaurant owners are missing out on the opportunity to make money during the pandemic. The closings of V-Day restaurants hit every corner of North Texas: Taco y Vino in Oak Cliff, Heirloom Haul in Frisco, Homewood near Highland Park, Nori Handroll in Deep Ellum, Roots Chicken Shak in Planos Legacy Hall, Trinity Groves in West Dallas, Palmer’s Hot Chicken in East Dallas, and Sandwich Hag in the Cedar.

Sevy’s Grill in Dallas is already looking ahead and is closed until Wednesday. The owners of Heim Barbecue, which has restaurants in Fort Worth and Dallas, made the same call. 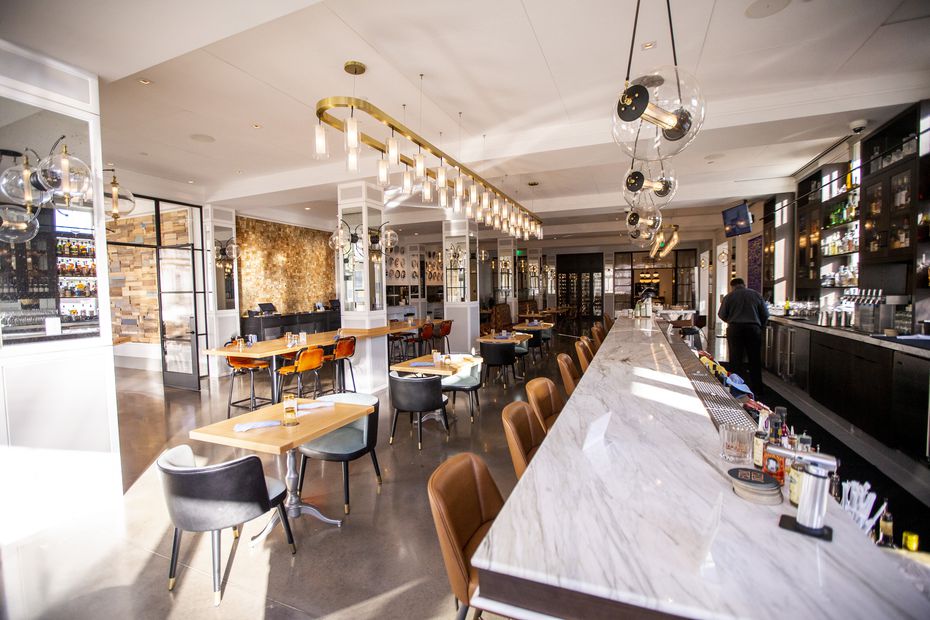 He keeps the restaurant open for chef Graham Dodds from Deep Ellum Restaurant Elm + Good in all weathers. He’s posted photos of fluffy brunch cookies and seared scallops on social media, seducing customers who need something to eat on Valentine’s Day.

“We have a lot of guests here at the hotel that we will feed,” he notes. “Anyone else can come out and brave the weather to join us.”

Owners like Jerrier and Meyer aren’t sure when their restaurants and bakeries will reopen. it depends on the weather. But the explosion of cold stitches.

“If the challenge from COVID wasn’t enough, let’s throw in two epic ice storms!” says a Facebook post from Sevy’s Grill in Dallas.

For Jerrier, it’s just one more hurdle in a wild ride as a restaurant owner in Dallas.

“It’s been 10 years,” he says of Cane Rosso’s milestone. “It feels like a thousand.”

How to Support the Black Community in Dallas Right Now