David Daniels, 73, checks the peppers and tomatoes for bruises. The product manager knows that their customers won’t buy them if they don’t look perfect. But that’s fine. He takes the few he finds, cuts them open, and puts them in small individual containers in the refrigerator area to sell.

There is no waste at the anniversary market. The unique, non-profit grocery store just 10 minutes from Baylor University in North Waco has caught the attention of city guides from across the state looking for innovative ways to offer affordable, nutritious groceries to low-income areas.

Daniels grew up in this low-income neighborhood. He says the Jubilee, which opened in 2016, will be the first “real” grocery store for this community. Before the anniversary, Daniels said the nearest supermarket was an HEB which was two miles away. Without a car, he said, the bus ride there could take a couple of hours. Therefore, he often paid family members to drive it.

Now, said Daniels, he can go to the store. He’s worked here since it opened four years ago.

“We love it,” he said. The residents “send their young children here with a note of what to take home. Everyone knows me, ”said Daniels and laughed proudly.

Anga Sanders, a lawyer for the Oak Cliff Community, met Daniels a few years ago while visiting the anniversary market. She remembers that Daniels was shy and reserved. The changes she has seen in him and this community have been remarkable.

“Anniversary is kind of a model for grocery stores in the community,” Sanders said. “It has had a transformative impact on the community.”

Sanders heads a group called FEED Oak Cliff, a nonprofit that works to bring healthy food to South Dallas. She is particularly interested in the Lancaster Avenue Corridor near Veterans Hospital, an area the US Department of Agriculture defines as a food wasteland, as the nearest grocery store in this low-income community is more than a mile away.

“There is no justice in a food wasteland,” said Sanders. “They don’t have adequate access to healthy foods,” says Sanders. “This is a neighborhood that has significant health disparities in terms of cardiovascular disease, obesity, diabetes, stroke, and so on.”

Sanders said she had tried to recruit a grocery store in South Oak Cliff for the past four years but had no luck. So she decided that FEED Oak Cliff would “build our own” and recreate Waco’s anniversary market model.

Pastor Jimmy Dorrell has lived in the Brook-Oaks neighborhood of Waco for 43 years. He founded Mission Waco, an organization that funds more than just other community programs. He and his wife brought Jubliee Market into the neighborhood.

In December, she took her team on a fact-finding mission to Waco.

“This is Jimmy – the main initiator,” laughs Sanders. Pastor Jimmy Dorrell is known for setting up Church Under the Bridge, a ministry for the homeless and poor, more than 25 years ago. He greets Sanders with a punch before starting his tour.

“This used to be a Safeway,” Dorrell points out to the anniversary market. “This neighborhood was a wealthy neighborhood in the 20s and 30s, and when the civil rights matter happened in the 60s, blacks started moving about the city [Brazos] River and white flight passed to the suburbs. So this neighborhood turned around. Instead of being a bourgeois white neighborhood, it became a predominantly African American neighborhood. As the business world went poverty crept in and this became a pretty harsh neighborhood. “

Dorrell, a Baylor graduate, describes how crime, drugs and prostitution were rampant when he and his wife, Janet, moved to the neighborhood with their young family more than 40 years ago. “Grandpa wasn’t very happy with me,” he jokes.

The couple bought a 4,000-square-foot house across the street from a pub for $ 12,000, raised four children, and have lived here ever since.

With scholarship writing and program development in mind, Dorrell and his wife formed the nonprofit Mission Waco, which now funds more than a dozen different programs inspired by community needs, from alcohol and drug rehabilitation programs to homeless shelters. The organization has an annual budget of $ 4.2 million.

“Everything we’ve done for the past 43 years has happened step by step based on the needs of the community,” says Dorrell. “What you think is important becomes important to us.” 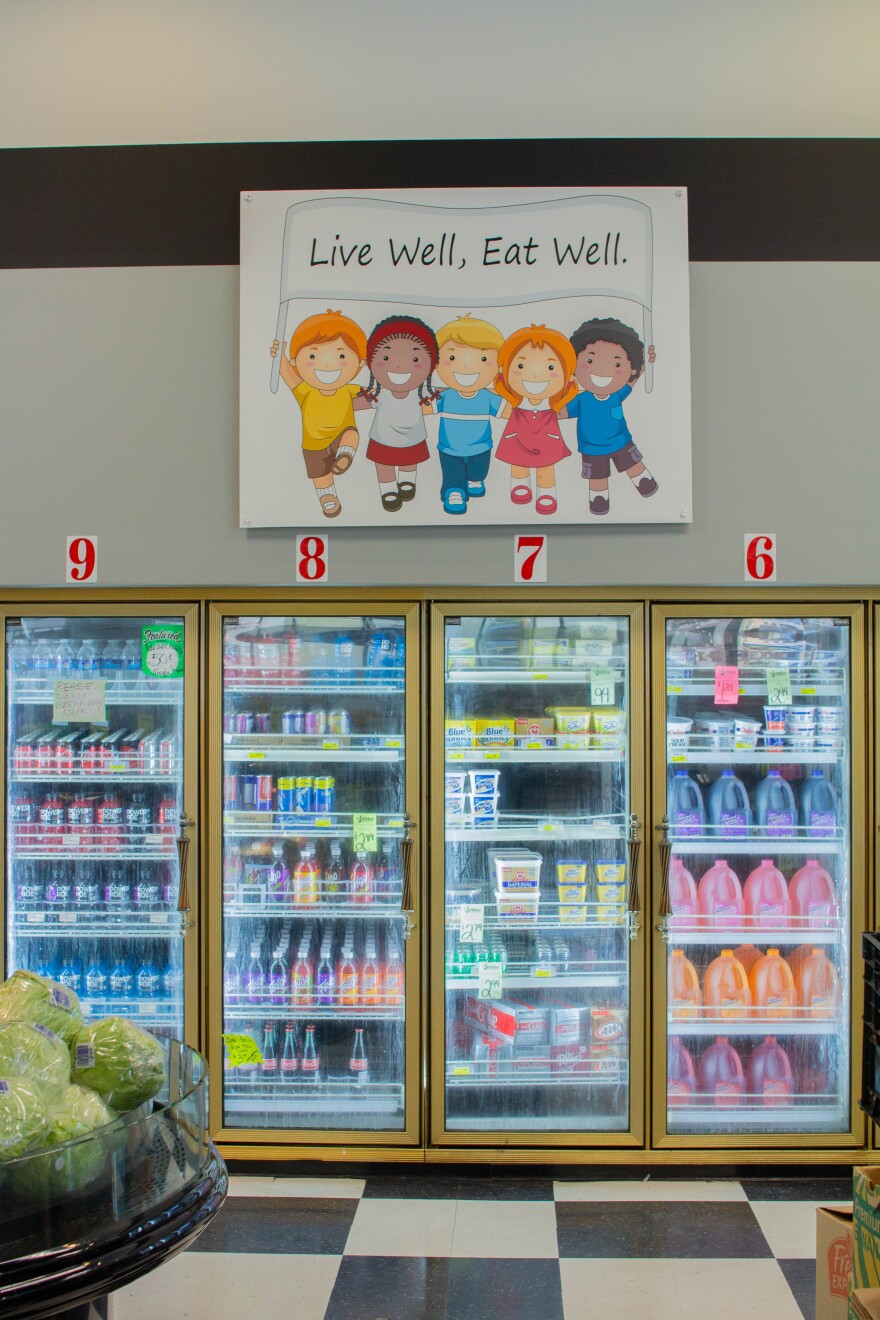 In 2015 Mission Waco bought a building and turned it into a not-for-profit grocery store. Many of the low-income neighborhood residents had asked for a neighborhood shop that had been without one since leaving Safeway in the 1960s.

Over the years, Dorrell says, people in the community have asked repeatedly about a grocery store. Safeway left the neighborhood in the 1960s. When the building went up for sale in 2015, Mission Waco bought the property for around $ 130,000 in hopes of converting it back into a grocery store.

Dorrell knew it was going to be a challenge. Grocery stores are not very profitable. His research showed that the profit margin for grocery stores of this magnitude was around 2%. Besides, he had no model to follow. His team searched nationwide but couldn’t find a nonprofit grocery store that could be replicated.

“The very idea of ​​having a lot of liability with such a low probability was really scary,” says Dorrell. “How are you [take the] reasonable risk? How do you do what’s smart That is going to be one of the questions you have to ask yourself. “

Once the building was completed, Dorrell said the next challenge was meeting financial expectations. The market would have to sell $ 60,000 worth of goods weekly to break even. According to Dorrell, this meant the two nearby neighborhoods with more than 400 regular shoppers couldn’t support the store on their own. People from the wider community should also shop there.

His research found that the grocery store would meet its financial goals if people outside of the neighborhood bought into the anniversary market every two to three weeks. That’s why Dorrell launched an awareness campaign that encourages the wider Waco community to shop at the anniversary market.

In the first week the store was open, $ 24,000 worth of goods were sold. By the third year, Jubilee routinely sold about $ 50,000 a week. Over time, Jubilee was able to negotiate better prices with grocers so that their costs were comparable to those of large chain stores.

Dorrell says they also serve their diverse customers – a third of the neighborhood is black, another third is Latino, and a third is white – by selling cacti and peppers, as well as specialties like oxtail and pork feet.

“Well, I’ve never had a pig’s ear in my life, but that’s a big deal in this neighborhood,” explains Dorrell. 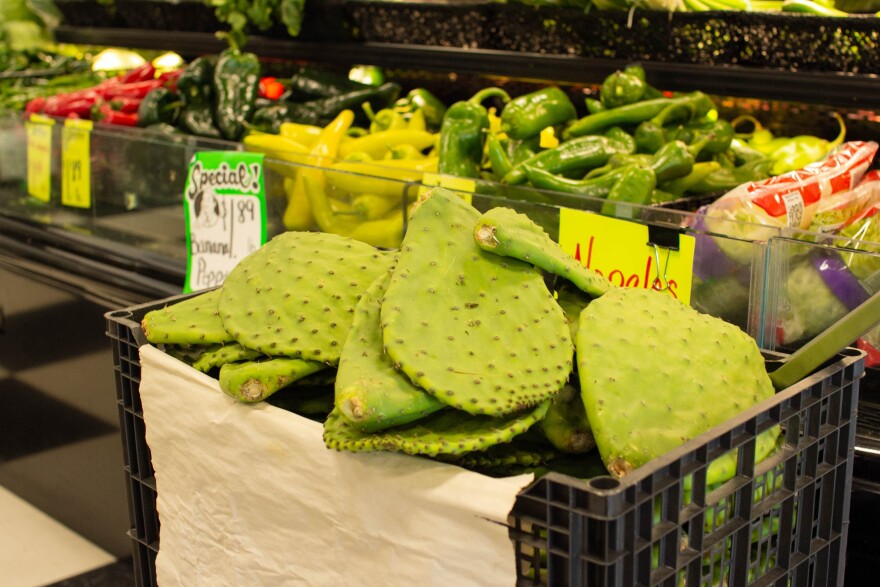 The Anniversary Market is trying to meet the diverse needs of its neighborhood by selling specialties like these nopales cactus leaves. The community consists of about a third Latino, a third black and a third white.

The pandemic temporarily boosted sales, but even with a very lean, focused approach, the anniversary is financially insufficient. Mission Waco makes the 10% to 15% difference for the store to break even.

According to Dorrell, the Mission Waco board of directors is hoping the anniversary is self-sustaining, but they will continue to fill the void because they believe the supermarket will improve community health. “Having lived in this neighborhood for the past 43 years, I had the greatest pleasure in doing this project because it met a basic human need,” says Dorrell.

David Daniels believes that with the addition of the grocery store, his neighborhood will change. He points to the new pedestrian crossing and the lights that weren’t there a few years ago. He also says there is less crime in the neighborhood because “the moms and grandmothers tell their kids not to mess with this place.”

Sanders said her team was excited but also overwhelmed with Jubilee and all of its development. “Dallas is not Waco,” she said with a sigh, comparing the 130,000 residents of Waco to the 1.3 million of Dallas.

Still, Sanders hopes to create a nonprofit supermarket in South Oak Cliff over the next few years.

This story is part of an ongoing series on Food Insecurity and Economic Mobility Challenges in South and West Dallas, reported through a partnership between the nonprofit Dallas Free Press and The Dallas Morning News with support from the Solutions Journalism Network. Sujata Dand can be reached at [email protected]