Perhaps the most alluring fact about the renovated Thompson Hotel in downtown Dallas is that you can drive to the ballroom.

Imagine the following: The bride and groom are dancing all night with up to 900 people at their wedding. (After the pandemic, of course.) They may have a multi-course dinner created by a team of well-known Dallas chefs. They cut the cake. And then they jump into a convertible that (almost) magically popped up in the ballroom. Within a minute, they’re on the streets of Dallas, taking a ride after the wedding.

It seems like a clever party trick doesn’t it?

The National at 1401 Elm St. is a renovated building in downtown Dallas. The National includes the Thompson Dallas Hotel, apartments, retail and office space.(Merriman Anderson Architects)

That atmosphere of effortless luxury is a theme at the Thompson Hotel, which opens on November 14th. The Thompson is built into the First National Bank Tower building, a project by architects George Dahl and Thomas Stanley that was completed in downtown Dallas in 1965. Today, the $ 460 million renovated building is called The National and includes apartments, offices, a hotel and restaurants. The building was listed on the National Register of Historic Places three years ago.

The on-site restaurants are Nine, a breakfast and lunch spot on the 9th floor, and Catbird, a sexy restaurant and lounge on the 10th floor.

In COVID-19 cases at “a very dangerous spot,” according to Dallas Judge Clay Jenkins, the county health authorities warn against dining indoors. Nine and Catbird will be 75% busy to comply with Governor Greg Abbott’s rules, and both restaurants have outdoor seating. 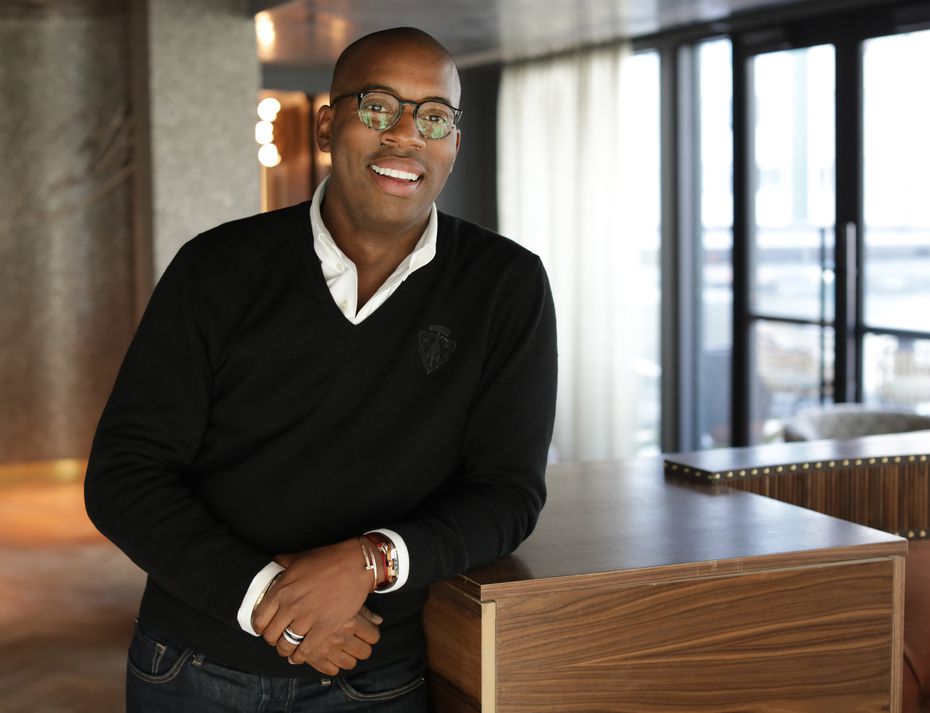 Both restaurants serve modern European cuisine by chefs with a background in modern French cuisine. Jeramie Robison is the restaurant’s culinary director and the head chef of both restaurants. Previously, he worked in Uchi, Shinsei and for restaurants in two of the best hotels in Dallas: City Hall Bistro at Adolphus and Rosewood Mansion on Turtle Creek.

Preston Paine is the Chef at Catbird. He previously worked at Eleven Madison Park, a three Michelin-starred restaurant in New York City. Paine also worked at Emeril’s, August, and Commander’s Palace restaurants in New Orleans. When Eleven Madison Park closed during the pandemic, Paine returned to his hometown of Dallas and put his skills in the oh-so-hot Shug’s bagel shop before ending up at the newest hotel in downtown Dallas.

Thompson, a Hyatt boutique brand, has 12 hotels around the world. The caliber of his chefs is part of the fascination. In New York City, the company hired top chef judge Tom Colicchio to run the bar and restaurant at The Beekman Hotel, and in Washington DC, Shake Shack creator Danny Meyer was caught.

Here’s a look at the two restaurants in Thompson Dallas – and each chef’s plan – before they open. 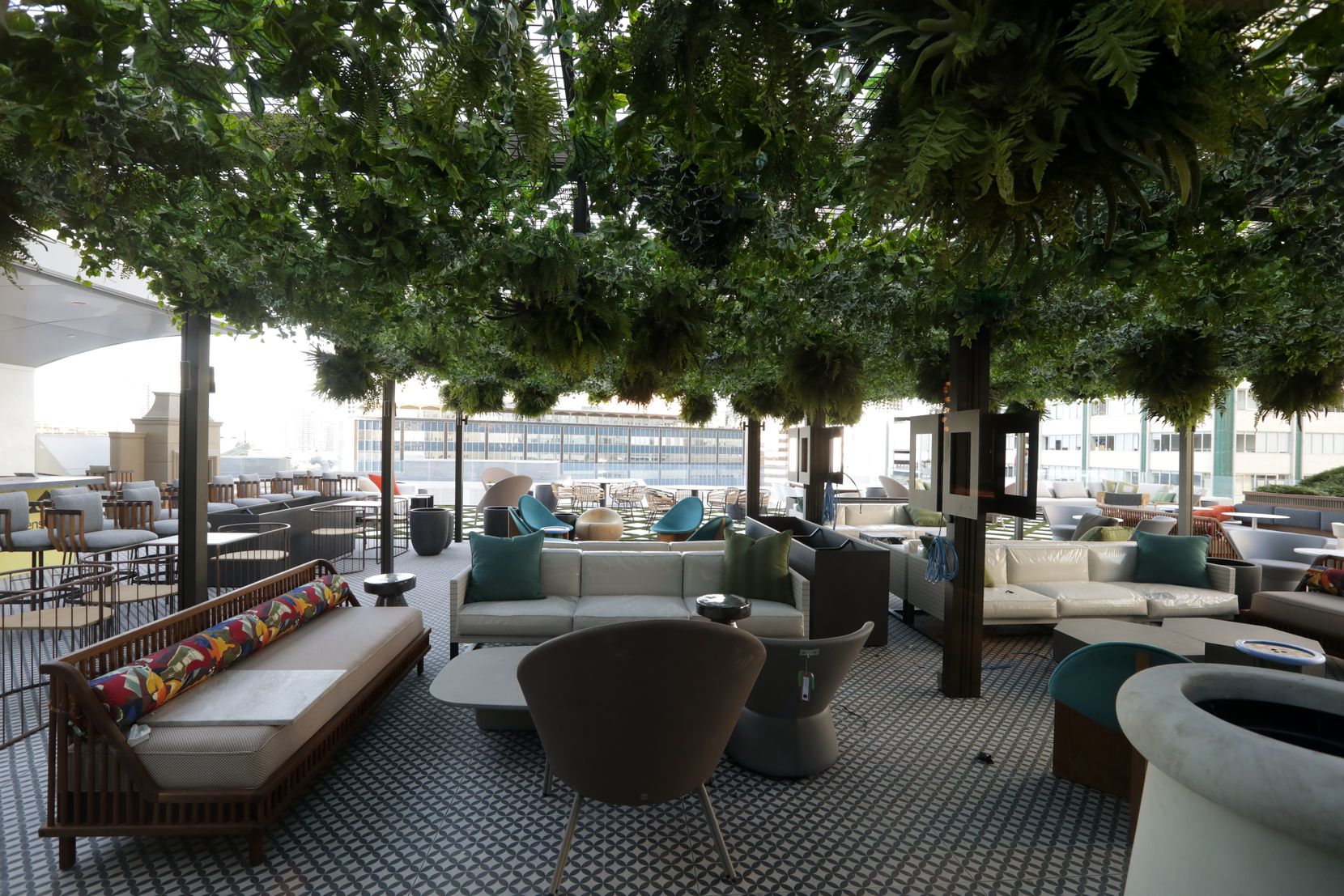 Catbird has a large deck that is high enough – on the tenth floor – that it doesn’t feel like it’s sunk in the middle of downtown Dallas.(Jason Janik / Special Contributor)

Catbird is meant to “feel like a private club with no membership,” says Jonathan Geffrard, director of restaurants, bars and events at the hotel. For the past 12 years he worked for the Hillstone Restaurant Group, which operates Houston and R + D Kitchen.

The decor in Catbird is a feast of atmospheric gray and brown tones, mixed with natural woods. The funky furniture feels like you should be touching it, and while you’re at it, slide one hand over the smooth agate marble barach slab, which glows when lit from below. The restaurant seats a staggering 200 people, though the seductive chairs and curved banquets make it feel more intimate. 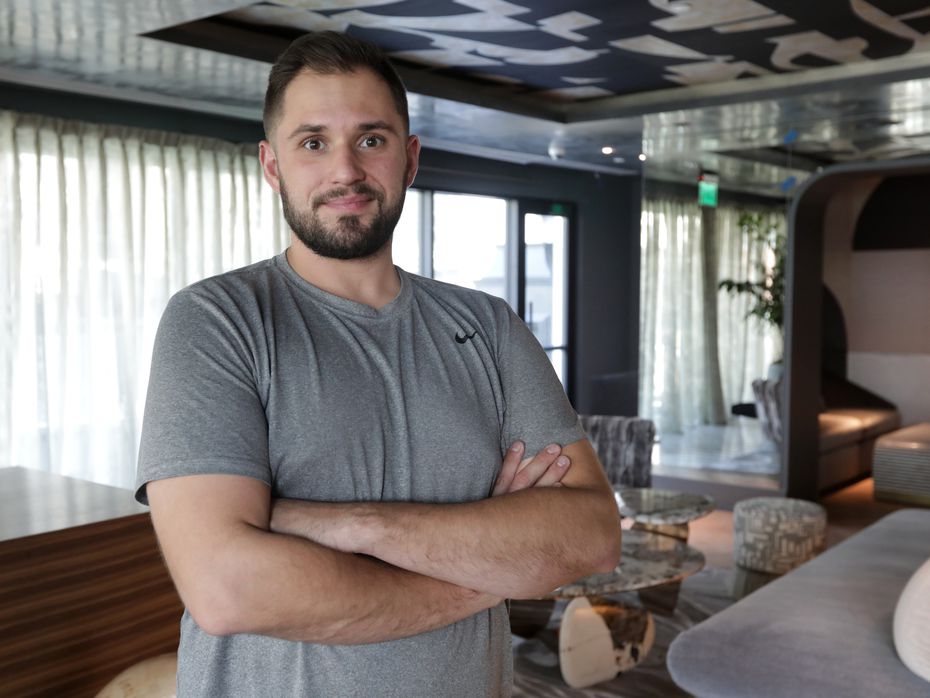 Preston Paine, head chef at Catbird, worked at Eleven Madison Park in New York City and at Commander’s Palace in New Orleans. Before he became a chef, he played soccer at Tulane University.(Jason Janik / Special Contributor)

Geffrard says it feels like “you’re in your really fancy friend’s living room,” and he’s right. The art climbs up the walls and ceiling in some cases.

For a more airy environment, Catbird has two courtyards, both of which have lovely views of downtown Dallas.

The menu focuses on artful, interesting food, say the chefs. Some dishes that they know make up the menu are shishito cream dip; Wagyu tostadas; and poached king crab with coriander stalk Kosho.

A rutabaga skewer braised and cooked like it was a piece of pork sounds like an unexpected option, especially for vegans.

The cocktail menu offers two versions of the same drink: classic or signature. An example could be a Manhattan that is traditionally served on the “classic” portion of the menu and confused with Cynar and Campari as the “signature”. Finally, the servers will push a martini cart and serve drinks at the table with their own spirits and equipment such as olives or peppers stuffed with feta. 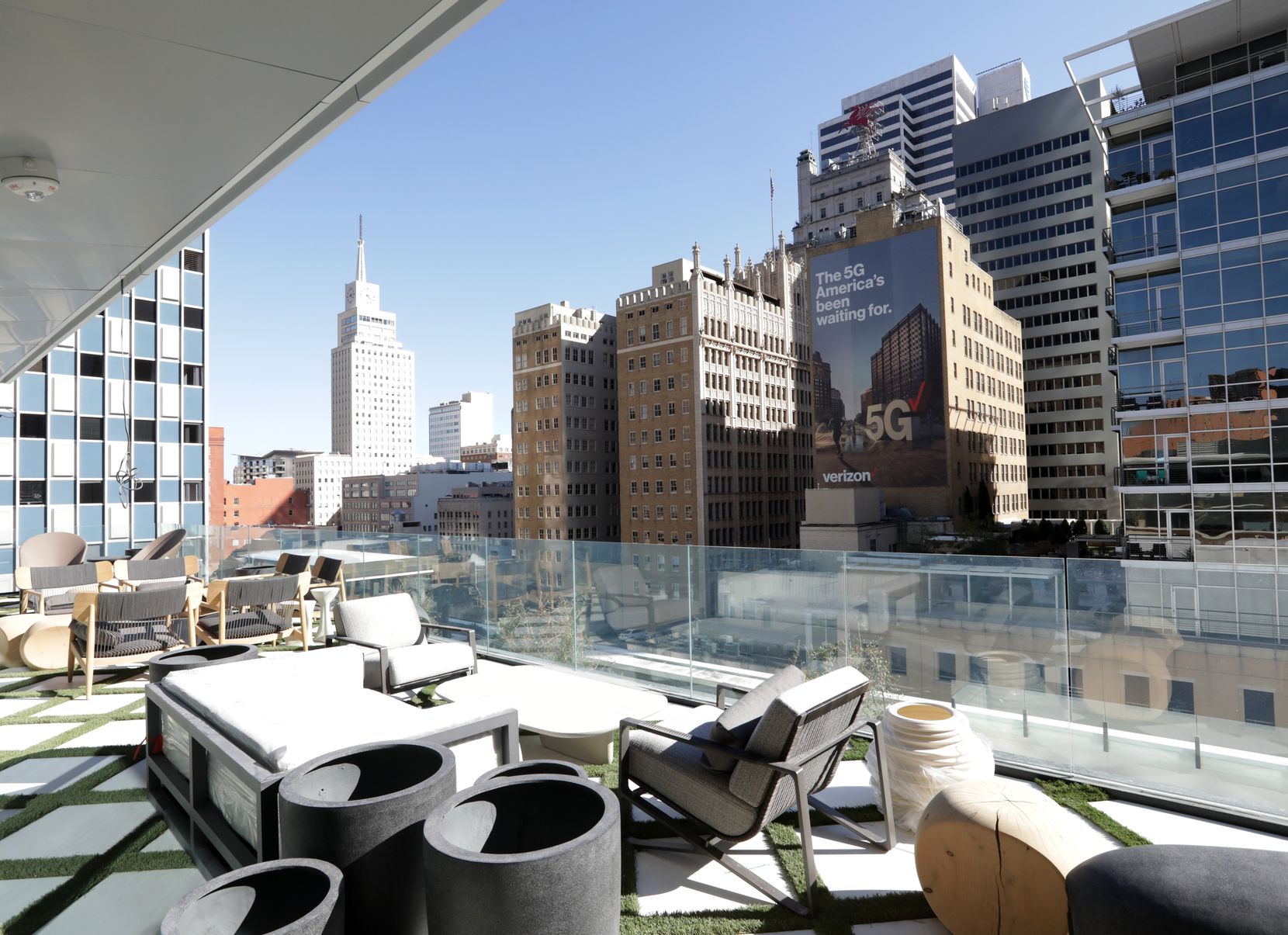 Nine is a breakfast and lunch restaurant on the ninth floor of the hotel.(Jason Janik / Special Contributor)

To prevent Catbird and Nine from competing for customers, Nine is only open for breakfast and lunch.

The ambience here is lighter, with windows facing the pool. However, the atmosphere of luxury remains, as demonstrated by Damien Hirst’s artwork in the restaurant, which cost almost $ 10,000.

Nine is on the ninth floor of the hotel, but the elevator doesn’t require customers to stay inside. The lawn terrace invites guests to sit there on a pleasant day. 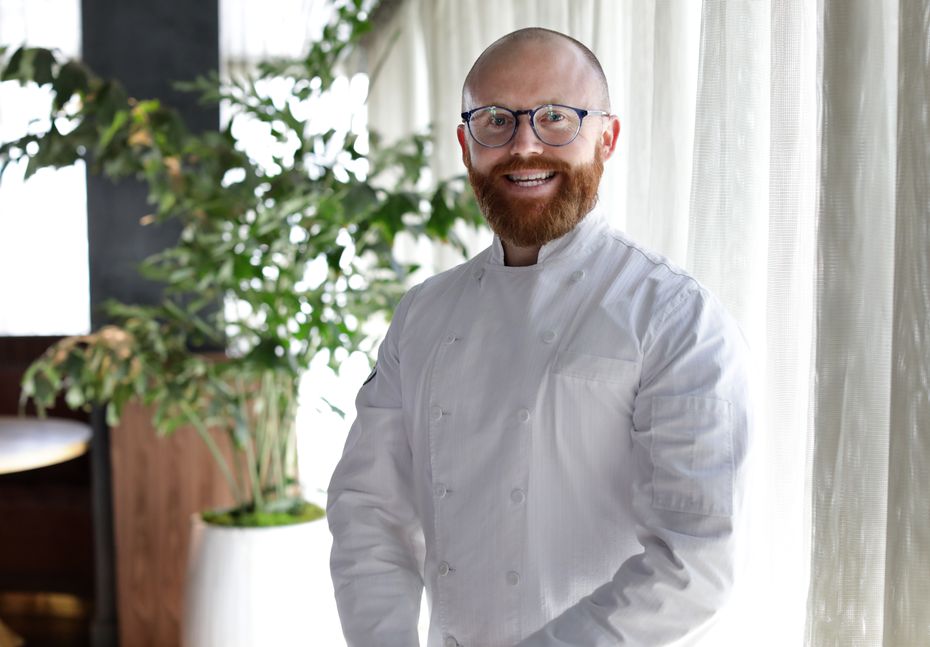 Robison sees Nine as a place for a “power breakfast or a power lunch”. Menu options include sourdough pancakes for breakfast and chicken orzo soup with lemon oil for lunch. The idea is to serve light, accessible food that is (sometimes) healthy. They also serve homemade pasta and a po’boy stuffed with shrimp, crispy fried green tomatoes, and tartar sauce.

Geffrard’s drinks are said to be “refreshing”: a lemongrass cooler and a gin cocktail with basil and strawberry, to name just two.

The walls in the Nine are made of restored wood inlaid with brass, from the original building from the 1960s. The building has been vacant since 2010 and much of the exterior has been restored in a 17 month renovation.

Robison hopes Nine and Catbird will become “staples in the city, not just in a hotel but in Dallas too.” Non-hotel or National Residences Dallasites need to know the restaurants to visit as they are nine and ten stories above Elm Street.

Nine and Catbird are located in Thompson Dallas (in a renovated building in downtown Dallas called The National). The restaurants are located on the ninth and tenth floors of the building at 205 N. Akard St., Dallas. Nine is expected to open on November 16 and Catbird on November 27.