It’s about much more than who had power in the storm. Dallas must fix long-standing inequities

As soon as the Texas weather turned from freezing to glorious, neighborhoods like mine in East Dallas began to share our stories of misery and hardship.

Residents compared damage estimates when the streets were clogged with repair trucks and people coming home from hotel accommodations. After long nights of dripping, dripping, dripping on the household’s faucets – obsessed with whether the sound of water was actually just another pipe about to burst – we started catching up on our sleep.

But like people all over Texas, nothing consumed us more than this angry battle cry: Resist unleashing our leaders because of the massive infrastructure failures that have ruined our comfortable lives.

I am getting this righteous frustration. But let me suggest something else that we must resist: our own complacency about the fact that disasters like this fall so much more severely on underserved communities than the rest of us.

How about if we in Austin are angry that our comfortable lives may be disrupted and think about how we can help remove the institutional and financial barriers that imprison those whose existence is never certain?

Can this crisis teach us the real meaning of justice and force us to stop looking the other way?

While the moral argument for justice should be sufficient motivation, this weather disaster gave many North Texans a cold kick in the pants to see what it is like to miss the basics – the heat, the water, and the food to get our loved ones protect.

But even in the darkest moments, we weren’t all in the same boat. Our low-income neighbors’ ships were barely afloat long before the unprecedented winter storm hit.

For many North Texans, at worst, the week could resemble one of those social experiments, akin to sleeping for a few days without protection to experience the plight of the homeless. Others of us ended up staying with friends or in beautiful hotels.

Less fortunate neighbors had no gas money to fill their tanks – if they had any transportation at all – to get to the safe haven.

When the ice cleared, I was one of those with a savings account – or at least enough credit – to fix pipes, replace a frozen washing machine, or call in a contractor for major repairs. Marginalized residents did not have any of these options.

Days after the middle-income neighborhoods came back online, many of our roommates in Dallas still had no access to clean water.

As always, generous people – including some in need – came to the aid of the most desperate. They provided tons of free water, thousands of meals, repair services, autothrus for warm clothes, laundry assistance, and financial aid to help survive destroyed women’s shelters and overnight accommodation.

But how can we build on these emergencies of kindness in a meaningful, long-term way? 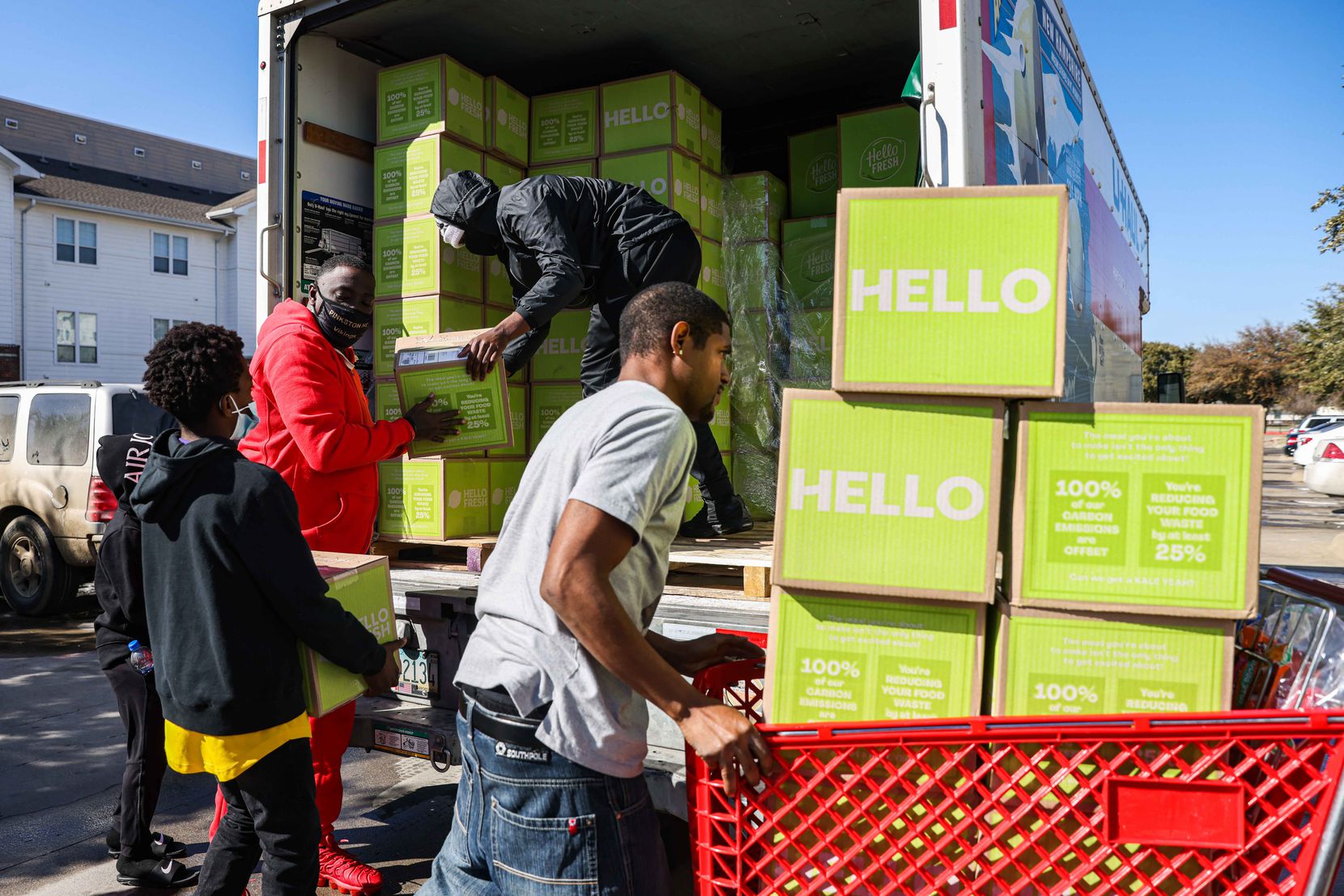 Local volunteers brought boxes of groceries to the Lakewest Senior Housing community in Westmoreland Heights, Dallas on Saturday. At the weekend the community was still without water.(Lola Gomez / employee photographer)

A plethora of data analyzes shows that historically low-income communities do not recover from natural disasters as easily as the rest of us.

West Dallas-based councilor Omar Narvaez made it clearer to my colleague Dom DiFurio on Sunday when he highlighted institutionalized racism as the reason his constituents were among those who suffered the most last week. He said West Dallas was one of the first communities to lose power, and parts of it got stuck at the end of the restoration line.

The nationwide weather crisis created a new circle of hell for a marginalized population already struck by COVID. Texans of color make up more than half of all COVID deaths, but these groups lag behind whites in terms of vaccination rates.

COVID’s belly blow has also hit low-income paperback communities particularly hard. Too often jobs among them have disappeared in the wake of the economic downturn. Now they face more than ever with utility bills and repairs to homes that historically have not been as well built in low-income areas.

Byron Sanders, whose nonprofit aims to empower youth in marginalized communities, sees the storm strike as a continuation of lessons learned from 2020 – a pandemic that has hit the health and finances of already vulnerable residents hardest.

“Then, as it shows in education and housing – its effects are everywhere,” said the President and CEO of Big Thought. “This recent disaster is another sad story in that direction.”

Sanders, who is Black, is one of the local leaders who taught me the most about what justice really means. On Monday he offered two scenarios to clarify his point of view:

A pipe bursts in the home of a homeowner with insurance and disposable income, while the same pipe breaks in a rent where the family landlord is already letting them live in a poor quality situation.

The middle-income person calls a plumber and then stands in a long line at a large store to get equipment to clean up the water. “It’s understandable that he feels upset and frustrated,” said Sanders.

But the other person, who literally has no money, has to wait in another line, outside and in the cold, “depending on someone who is not in the goodness of their heart to provide a pallet of water bottles.”

“It’s just a different experience,” said Sanders. “And we know that the people on the lower side of the economy are predominantly black and brown.” 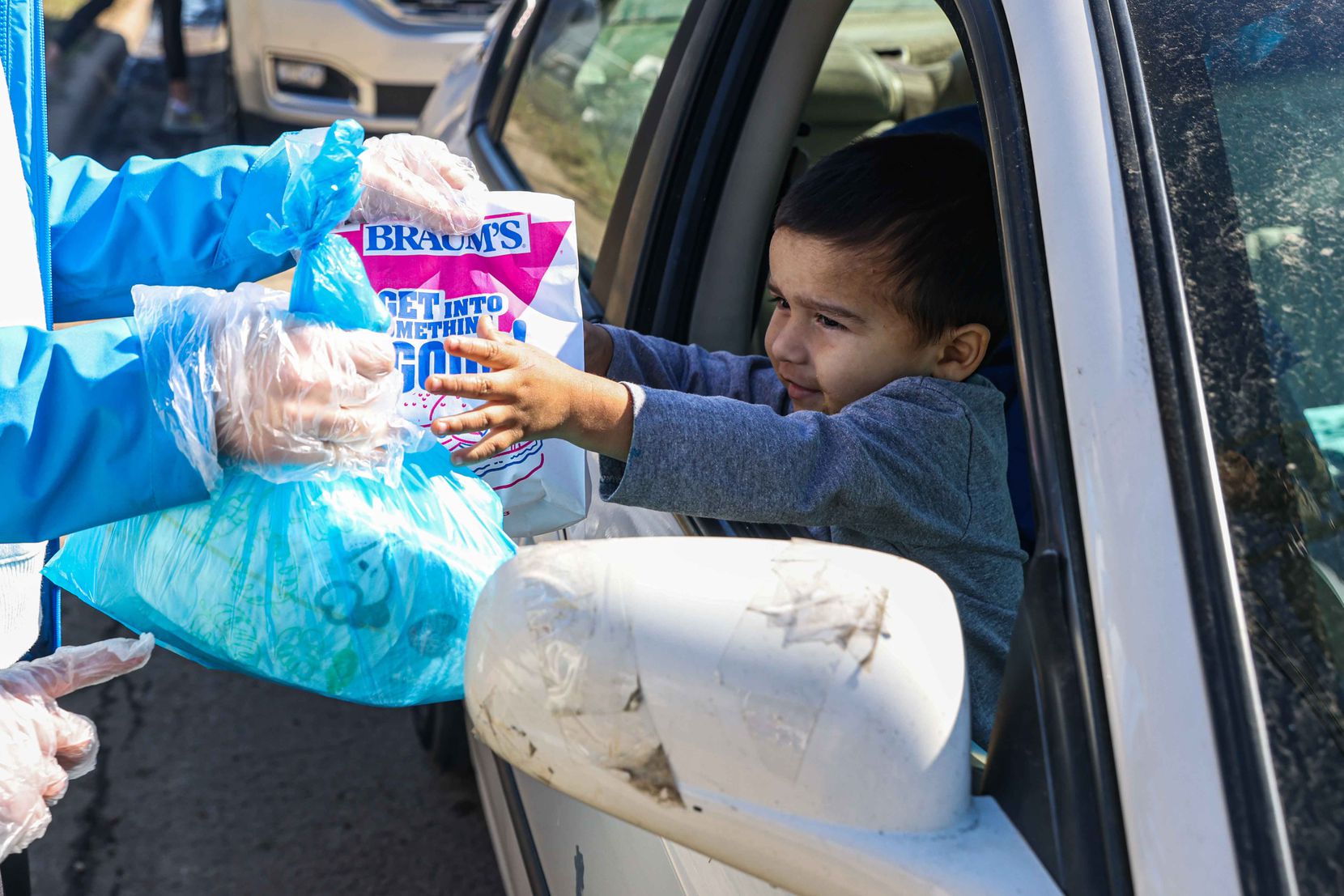 Sanders hopes the lesson from last week’s pandemic and storm is that a city’s resilience to strike requires systems, policies and practices that accommodate its most marginalized residents.

“If we have the systems built for you, you know that everyone will be taken care of,” said Sanders.

“You have a more stable infrastructure system. You have better economic results for an entire community, ”he said. “It is actually an investment not to say that we do this from the goodness of our heart.”

Sanders is invariably an optimist, but when he wondered if this winter storm could make a noise for the kind of change he’s talking about, he first spoke of brief memories and even shorter attention spans.

For a time after George Floyd’s murder brought people of all kinds together in protest, Sanders believed Dallas was realizing “that there is another kind of life that black and brown people live in and that poor people live”.

“But the fog of our daily life is creeping back in and we tend to go back to the status quo,” said Sanders. 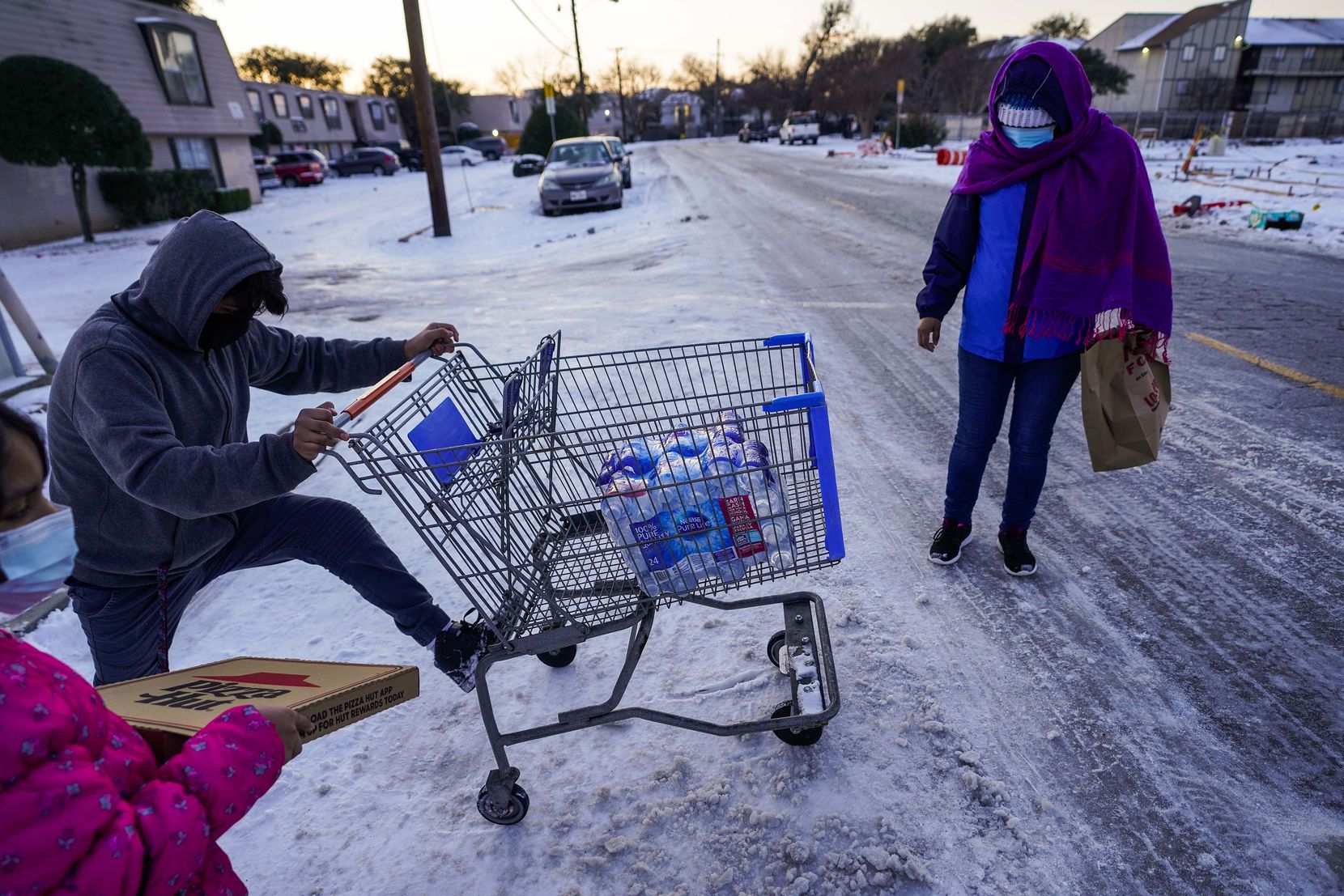 Juan Carlos Gonzalez was pushing a shopping cart with two crates of drinking water that was being given out at the nonprofit, Literacy Achieves in Vickery Meadows, to residents without water who were home after a winter storm after a winter storm brought snow and freezing temperatures to North Texas last week .(Smiley N. Pool / Employee Photographer)

This is where the role of our elected officials and our personal responsibility intersect: Every systemic change in Austin begins with a change in our individual actions.

I am a proud and resilient Texan, the granddaughter of tenants and raised myself in lean times. However, I am increasingly embarrassed that people are walking around claiming that this is the greatest condition in the entire universe when the people in our midst are living in the same conditions that the local churches are sending overseas missions to correct this.

If we are to make progress towards justice, we have to balance our “oh, I’m so sick of politics” screed with what we are asking of our own representatives.

As Sanders said, “Too often we tell these superhero stories of amazing people who really stood up when times got tough. But we don’t ask enough questions about why we made times tough. “

After this weather disaster, I urge all of us to lobby our elected leaders, not for the course corrections that are best for us, but also for our neighbors – whether they live on the street or 15 miles away.

Forechecking: Your Dallas Stars Are Stepping In It!