How Dallas restaurants are feeding neighbors during 2021 snowstorm

Dallas restaurant owners like George Kaiho faced double problems during this week’s winter storm. His apartment in the Dallas Farmers Market had run out of electricity since Monday. In his Thai restaurant Ka-Tip on the first floor of the same building, there have been power outages since Sunday.

Kaiho was concerned that perishable goods might spoil in his restaurant and began to cook in the dark.

He opened Ka-Tip on Tuesday at 9 am without electricity and started to grill “whatever we have available”. His intent was to serve neighbors who live in the 3,000 homes on the Dallas Farmers Market and make some money during a weather lockdown pandemic. Rex’s Seafood workers at the Dallas Farmers Market also started cooking Tuesday, feeding residents food from the gas grill.

Ka-Tip got his strength back on Tuesday afternoon. But in the late afternoon it was gone again.

Despite temperatures below freezing point, restaurateurs who suffer from power outages have to throw away food that they do not immediately cook. According to the U.S. Department of Agriculture’s Food Safety and Inspection Service, unpowered refrigerators can only keep food cold for about 4 hours.

Food waste is another challenge after a difficult 2020 that didn’t get any better in 2021. The closing of restaurants on Valentine’s Day was bad enough. Cane Rosso owner and founder Jay Jerrier lost “at least $ 100,000” on that day alone. Two days later, after the first snowstorm shock and before the next storm landed, Dallas restaurateurs visited their restaurants to look for possible damage.

For Dallas chef Matt McCallister, he found his Park Cities restaurant kitchen flooded from a burst pipe. Most of the water was removed with a shop vac, then McCallister pushed the rest down the drain.

Homewood will be closed for at least a week while McCallister processes an insurance claim, appoints a plumber, and holds the remaining perishable items in the restaurant.

“We have only just begun to get out of last year’s weeds,” he notes.

He decides to believe that the damage could have been worse. But the challenges of an extremely rare winter storm in Texas are an additional wallop after eleven tough months.

“It’s just an extra amount of stress on top of my daily stress that I’m already bearing, but we will manage it,” says McCallister.

Deep Ellum Bar Double Wide also had a burst water pipe. Owner Kim Finch notes that she would prefer to be open in cold weather: her company and employees need the money.

“In the past, Double Wide and Single Wide were open when an employee lived nearby and wanted to open,” she says. “Those days were a haven for people who didn’t have electricity to warm up and recharge. But that’s a different animal. “

But many Dallas restaurant owners who can safely open are doing what they do: feeding people. One90 Smoked Meats in Lake Highlands doesn’t have internet or phone service, but they were open selling meat on Tuesday.

“We know so many people who are having trouble getting food and very few restaurants are open,” says owner Kyle St. Clair. “We decided to open with a very limited staff so people could get at least a few packaged meats to get you through the next few days.”

Greenville Street Tacos was also open, selling about 25% of its menu despite turning it on and off. It was the only open lunch menu in the area and the small room was full of customers.

For the restaurants that can open, Dallas County’s Judge Clay Jenkins warned on Monday of price cuts. 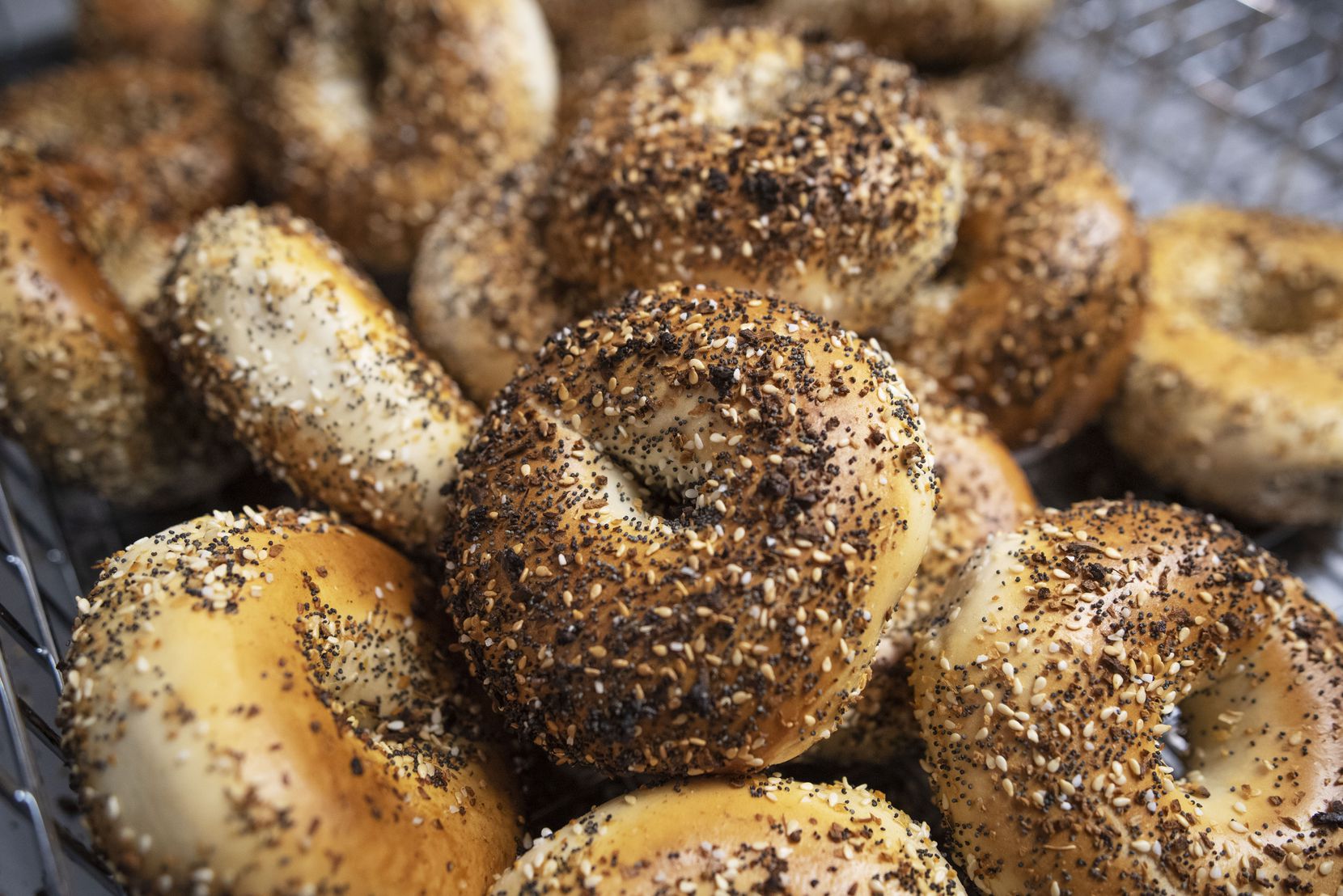 Shug’s Bagels owner plans to open his shop near SMU in Dallas. Turning it on and off is a problem, however.(Ben Torres / Special Contributor)

The Shug’s Bagels team in Dallas baked bagels early Monday morning before the store lost power around 7 a.m. With 1,000 bagels and no restaurant to sell them in, co-owners Justin Shugrue and Joe Nilsen became impromptu delivery drivers on Monday, placing dozens of bagels on the doorstep of Dallasites who agreed to pay cash.

It took Shugrue and Nilsen six hours. Now the bagel shop is closed and Shugrue isn’t sure when Shug’s will reopen or what they’re going to do to save leftover food.

“It’s not even about the snow,” says Shugrue. “It’s just impossible to serve people with the electricity going on and off all the time.” The oven is gas-powered and will still work in the event of a power failure – but the motor that turns the bagels is electric.

When there’s no winter storm, Shug’s donates its leftover bagels to Rescuing Leftover Cuisine (RLC), a 501 (c) 3 that takes Shug’s leftover bagels and gives them to charities in Dallas. But RLC isn’t working right now because of the storm, Shugrue says.

Shugrue laughs, but not because it’s funny. Shug’s Bagels opened in June 2020 in the middle of the pandemic. His team overcame a number of challenges: the oven broke; The wire got so long it wrapped around the building – which is good for business, but it’s also bad; and the pandemic dragged on longer than expected. The problem this week is the winter storm.

“We’ll do our best tomorrow.”

Sam Blum and Nick Rallo contributed to this story.