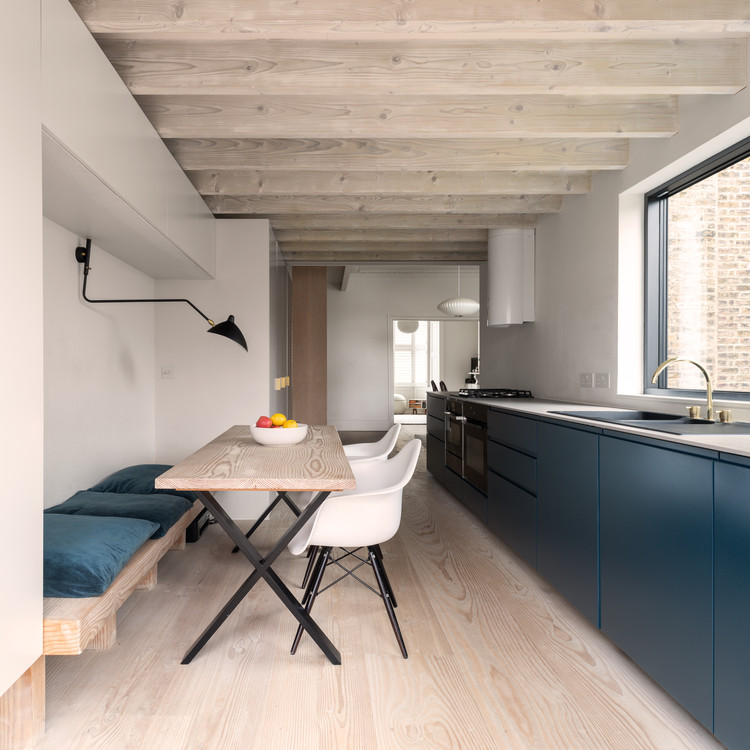 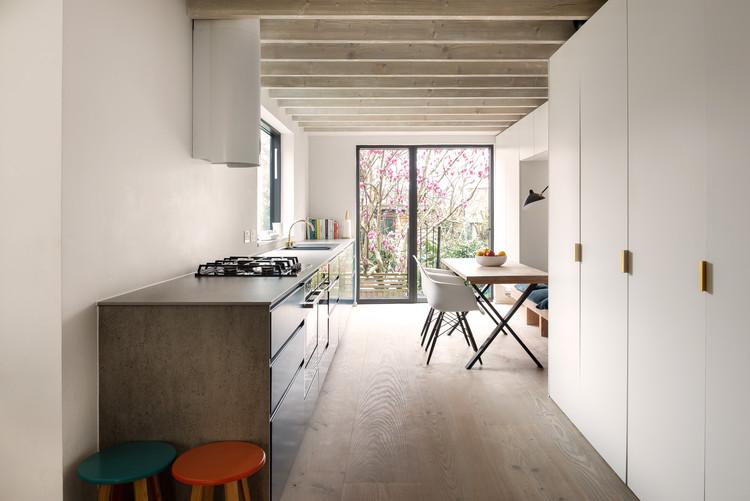 Text description of the architects. Located on a steep hill in Hackney, East London, this Victorian townhouse conversion creates a light and airy contemporary family home with lots of character. The location of the house has been maximized by an extension on the roof that lets in plenty of sunlight and opens up views over London. 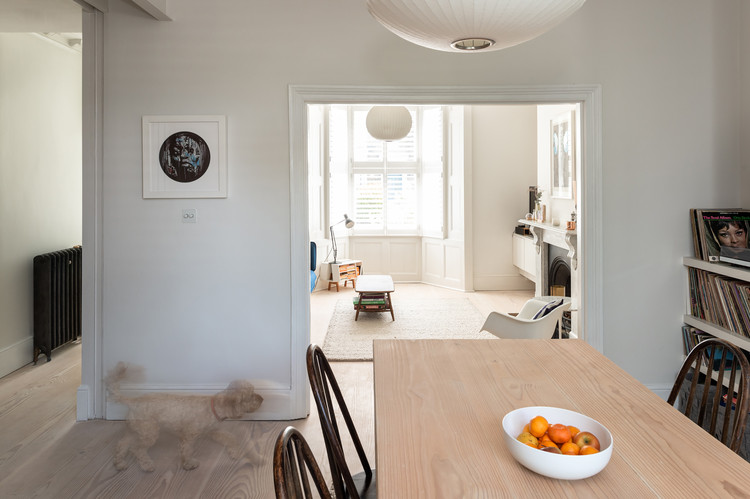 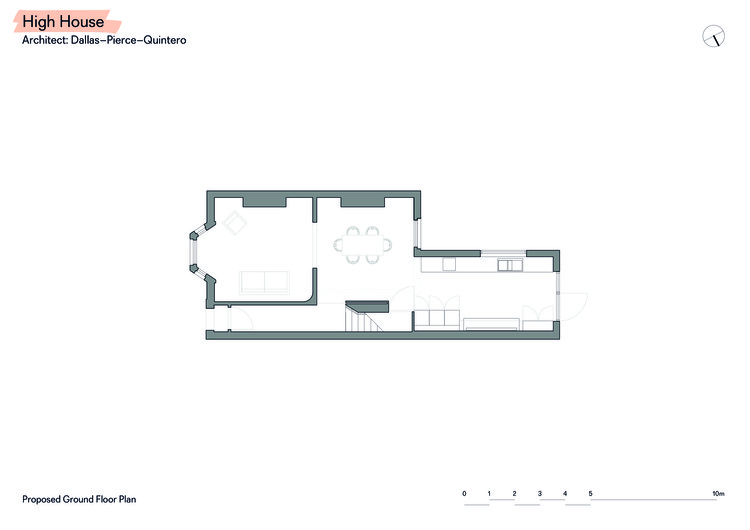 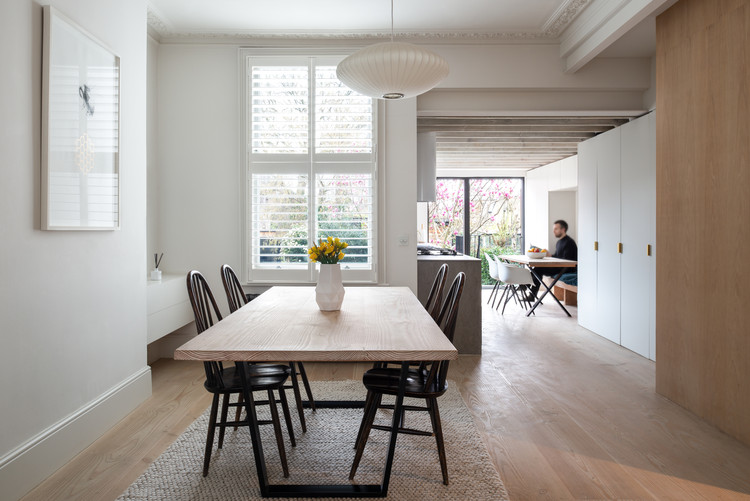 The existing house offered neither enough rooms nor the quality of the rooms that the customers needed. The proposed design was intended to improve the flow between the spaces and give the house coherence. Construction included demolishing the existing one-story rear extension and replacing it with a two-story extension to open up the downstairs living area and create a family bathroom. The key to the success of these rooms was the decision to relocate and simplify the stairs to allow better access between floors. 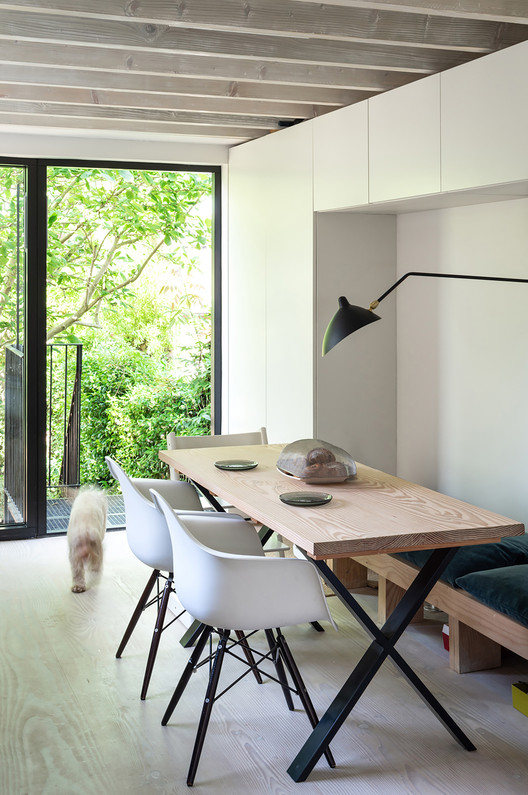 On the first floor, the living room, dining room and kitchen flow into one another, with exposed steel beams and roof beams complimenting the original Victorian features and plastering work. The wide planks made of new Douglas fir floors combine the rooms on the ground floor and give the rooms warmth and additional texture. On the back of the property in the new extension there is a spacious kitchen with large windows that look out onto a well-tended garden. 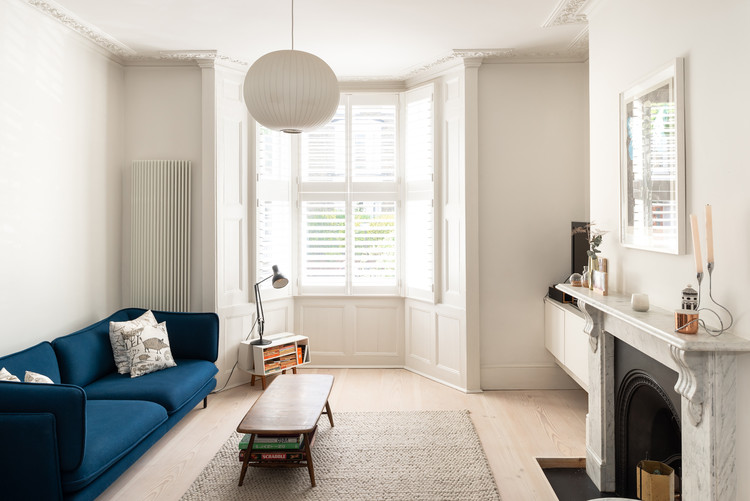 The new wood-lined staircase has clever shoe drawers in the steps and a bicycle storage room behind. A matching wooden wall on the first floor hides the door to the large family bathroom and the adjoining washroom. In the new extension, the ceilings and exposed beams of these rooms are inclined according to the roof pitch. There is a large roof light above the oversized family bathroom. Concrete tiles and sinks contrast with polished brass fittings to create a contemporary feel. 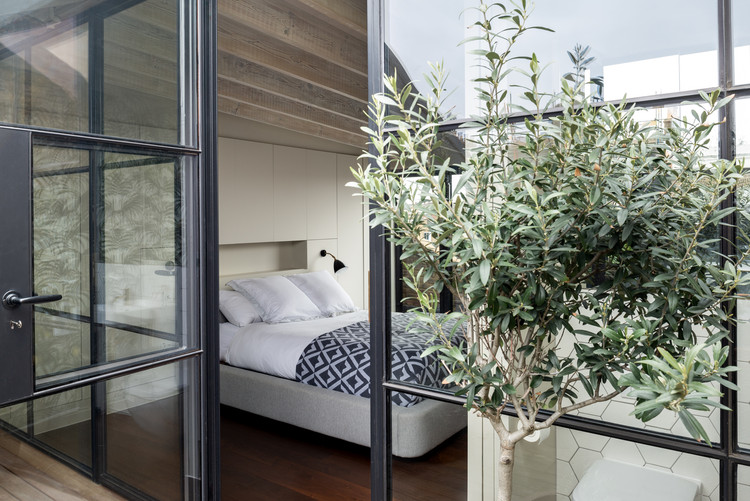 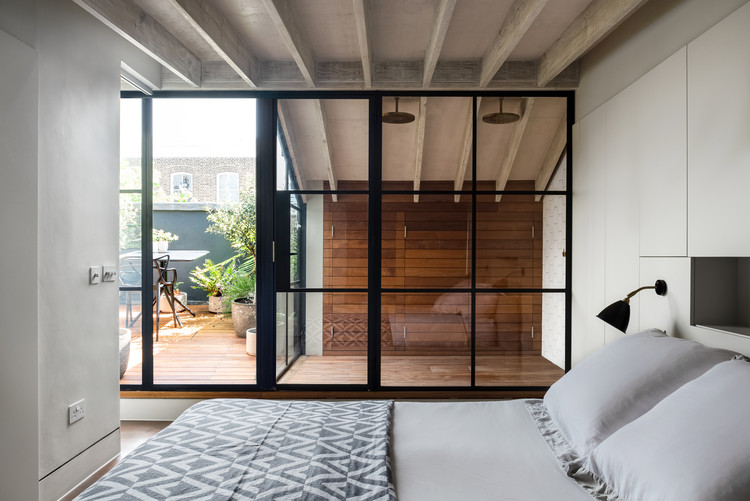 The addition of a new mansard roof extension accommodates the open master bedroom with its own toilet, two shower rooms and a roof terrace with a view of the city. The teak decks in the new shower room lead to the outside terrace, which is separated by a black-framed Crittall screen and visually connects inside and outside. The storage space has been hidden in the walls so that the focus of the bedroom is on a great view to the outside at both ends of the room. The new oak staircase to the master suite forms a continuous vertical element that connects the ground floor with the upper floors. 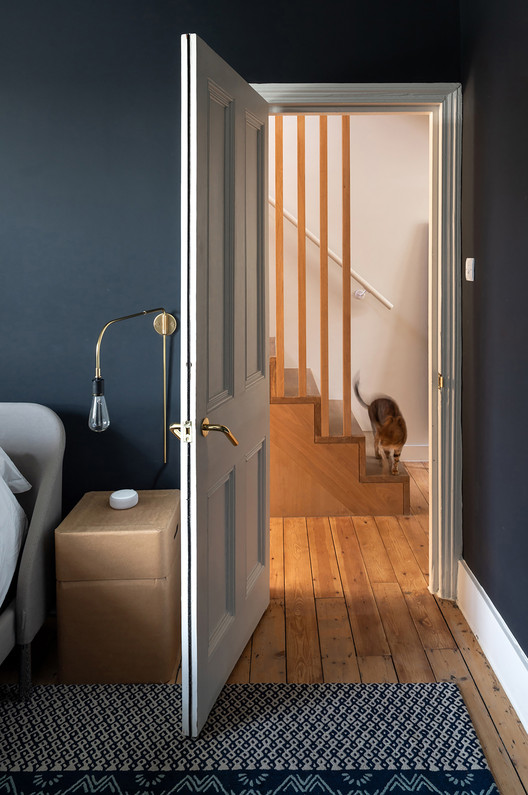 “Our focus has been on streamlining the house plan and researching the appearance of materials. The relationship between these is critical to creating a warm and peaceful interior space; a haven from the hustle and bustle of city life.” 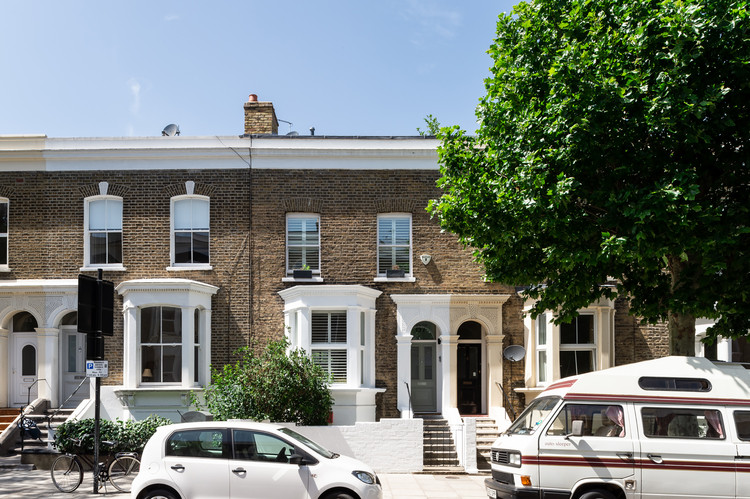 To detox from the news, I binge-watched ‘Dallas.’ It was more than just fun.