Dallas’ suffering taxpayers won’t get a real break this year

You could have knocked us down with a feather, but it really happened. Dallas City Council voted almost unanimously to lower the property tax rate on Wednesday.

Each of us can enjoy a fraction of a french fry when City Hall returns to our pockets.

Given the ever-expanding efforts of the local, state, and state governments, this little acknowledgment that the money has to stop somewhere was welcome.

We can thank Councilor David Blewett, who, like many Dallas residents, is trying to raise a family in the city and who comes under a little more pressure year after year from his property tax bill.

Also this year (again like clockwork) many residents have seen a staggering increase in the value of their homes in the Dallas County Appraisal District. That said, their taxes go up unless tax rates drop well over a fraction of a penny.

Some of these residents are right to wonder whether they are making the right choice whether to stay in the city or head to the suburbs.

Increasing their tax burden by increasing their tax rate has never been a realistic policy option. However, the council was unlikely to cut the rate – not with an urgent call for better roads and more police services, and an attempt to address community concerns about Dallas policing.

Even so, Blewett’s symbolic rate reduction is at least a line in the sand. The town hall cannot do everything for everyone. It cannot solve the diseases of society on its own. Even if Dallas residents wanted to – and many seem to want to – middle-income single-family homeowners are on the limit of what they can pay for city services.

In the meantime, rising property taxes are making the provision of affordable housing much more difficult. Landlords don’t eat tax increases. They pass this burden on to the tenants. 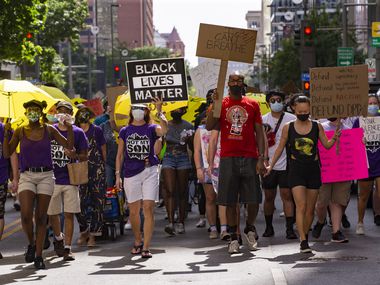 Blewett wanted his colleagues to say with him that this has to stop. And they did. The 14: 1 vote in his favor (only council member Carolyn King Arnold was a no) is a signal that this council cannot and will not work together in a close and partisan political way, but in the broader interest of the city.

“This was a strong message to the Dallas residents that we at least understood that it was important to be sensitive to what was going on and to lower the tax rate, even if it was not as high as I would have liked. ” Said Blewett.

Dallas has not yet adopted a final budget. The vote on Blewett’s tax rate change limits the tax rate to a maximum of 77.65 cents. He hopes to convince colleagues to lower it even further and some said on Wednesday they would like to see it lower.

Councilor Adam Bazaldua, one of the most progressive members of the council, called for a rate of 77.56 cents.

We support these efforts to lower the rate and will keep Council members on their statements of concern about the financial burden on residents.

In City Hall, as elsewhere in the government, the residents who bear the burden often suffer in silence, while interest groups seeking funding are always in the ears of their councilors.

However, for the Council as a body, it is valuable to say that there is a limit. You can go further and do better. But that’s a start.