Richard R. “Rick” Brettell, whose passion for art made him both a critic and director of a major museum and whose talent as a rainmaker helped transform the University of Texas at Dallas, died Friday after a long battle with cancer . He was 71 years old.

Until his death, Brettell continued to serve as UTD as a prestigious Chair in Art and Aesthetic Studies and founding director of the Edith O’Donnell Institute of Art History.

Hailed for his fundraising skills, Brettell was the driving force behind a number of accomplishments that helped UTD – primarily known as a haven for science and technology – raise its artistic profile.

In 2014, he raised $ 17 million from Ms. O’Donnell to found the Art History Institute. In 2017, UTD partnered with the late Margaret McDermott to create the Richard Brettell Award in the Arts, which brings in $ 150,000 every two years to an artist “whose work has been successful in their field for a lifetime”.

In 2018, he added to his accomplishments by helping UTD acquire the Barrett Collection, which consists of 400 rare Swiss works of art. A year later, he announced that UTD would also acquire the Crow Museum of Asian Art, giving the school a presence in the Dallas Arts District – and more.

In a move developed by Brettell, The Crow Collection, started by Trammell and Margaret Crow in the 1960s and expanded as a downtown museum in 1998, announced that it would donate all of its holdings to UTD. In addition, a Crow Museum on the school’s Richardson campus would be funded with $ 23 million.

Hobson Wildenthal, former Provost and Executive Vice President at UTD, hired Brettell to teach at the university. Wildenthal called it one of the best decisions he has ever made.

“His legacy,” said Wildenthal, “will primarily be the Edith O’Donnell Institute for Art History.” Second, the Barrett Collection of Swiss Art, coupled with our position in the entire world of art and art history in Dallas and beyond. Third, the Crow Museum of Asian Art. He was the key to it. Just through his undisputed importance in the intellectual and cultural world as a faculty member at UTD, he has sharpened our image locally and worldwide. So his legacy will be huge. It’s already big and will grow in the future. “

Brettell was born in Rochester, NY to Anglican parents from “old Wyoming families” and moved to Denver as a second grader. He trained in public schools and was admitted to Yale University, where he earned his bachelor’s, master’s and Ph.D. degrees. Degree.

He went to Yale in hopes of becoming a molecular biophysicist, but soon came under the influence of a faculty advisor named George Kubler, an American art historian and author of the seminal book The Shape of Time. Kubler would change his life and inspire his transition from science to art.

Brettell met his wife at Yale, and he and Caroline Brettell joined Yale’s first coeducational class in 1971. They married in 1973. Earlier that year, Brettell, like his wife three years before him, was elected to the American Academy of Arts and Sciences. Caroline Brettell says her husband was “a real mover and shaker who used his energy, creativity, persuasion and will to make things happen.”

Her husband, said Caroline, “packed three lives into one and had more to do.”

After Yale, Brettell emigrated to the University of Texas at Austin. He started at UT in 1976 and became director of art history before leaving in 1980.

In 1980 he was offered a position as a curator of European painting at the Art Institute of Chicago, “and I was 30 years old. It’s one of the largest museums in America,” said Brettell.

After four years in Austin and eight years in Chicago, he was promoted to director of the Dallas Museum of Art, where he stayed from 1988 to 1992. While at DMA, he led the construction and installation of The Nancy and Jake Hamon Building Extension, completed in 1993.

After years at the DMA, he worked as a consultant before joining UTD in 2000.

Among those who praised Brettell on Friday was Agustín Arteaga, the current director of the DMA.

“Rick was an incredible and visionary director of the Dallas Museum of Art and a loved and influential figure in the art scene in Texas and beyond,” said Arteaga. “I knew him before I joined the DMA and he was a wonderful colleague with a huge personality that matched the breadth of his talents and intellect. He showed immense enthusiasm for scientific collaboration in all aspects of his life and career. His contributions over the past three decades have permeated so many aspects of the Dallas art landscape in ways that will continue to have a lasting and profound impact. Generations of citizens will benefit from his leadership in building Dallas into the great art center it is today. “ 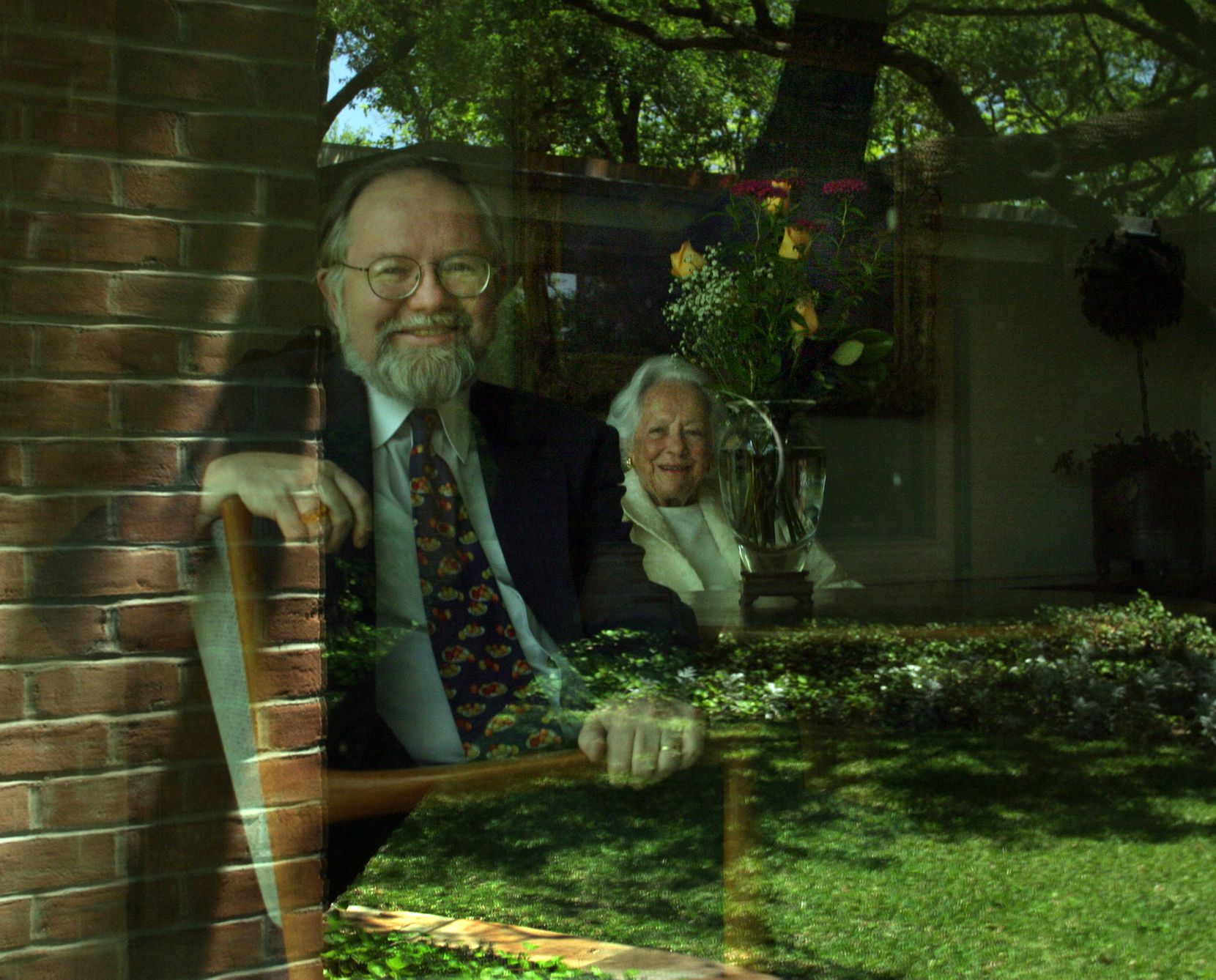 Brettell’s streak in project enforcement took an unexpected turn in late June when his baby, the proposed Museum of Texas Art (MoTA), attempted to occupy the 1936 building that was once the Dallas Museum of Fine Arts in Fair Park was known, failed. The Fair Park First board of directors voted 12-0 to reject MoTA as a new occupant of the building.

Brettell loved MoTA’s idea of ​​turning two dreams into one – restoring a neglected building while showcasing a reservoir of Texan art, much of which is kept in large museums.

He was “devastated” by the rejection of Fair Park First.

“I’m very disappointed,” said Brettell, noting that the building, former home of The Science Place, “was built as an art museum with beautifully proportioned galleries and rooms. The former DMFA building is crying out to be filled with artwork again . “

Brettell wore many hats as a connoisseur of the visual arts, one of which was the critic he became in 2013 when he was hired as an art critic for the Dallas Morning News, a position he held until 2018.

That same year he said the high point of his life was “creating and improving institutions that will go beyond me. Don’t invent things, but make something better and stronger, more focused … more excellent. I try to make the most of situations by using my talents. “

Stories, he said, were what fascinated him most about art.

“I don’t believe in art for art’s sake,” he said. “I love artists who are complex and intelligent and well-read and whose contributions to culture are reflected in their art. That’s why I like Pissarro more than Monet, Gauguin more than Cézanne, because everyone was a fully realized intellectual and engaged in society in good and bad ways but produced works of art that have all these levels of meaning and ambiguity. And I like it.”

Brettell was nothing if he didn’t have an opinion. Just as he lavishly described El Paso-resident James Magee as the king of underrated artists – “America’s greatest living unknown artist” – he called Picasso overrated. When it came to Picasso, he said, “I just think enough already.” 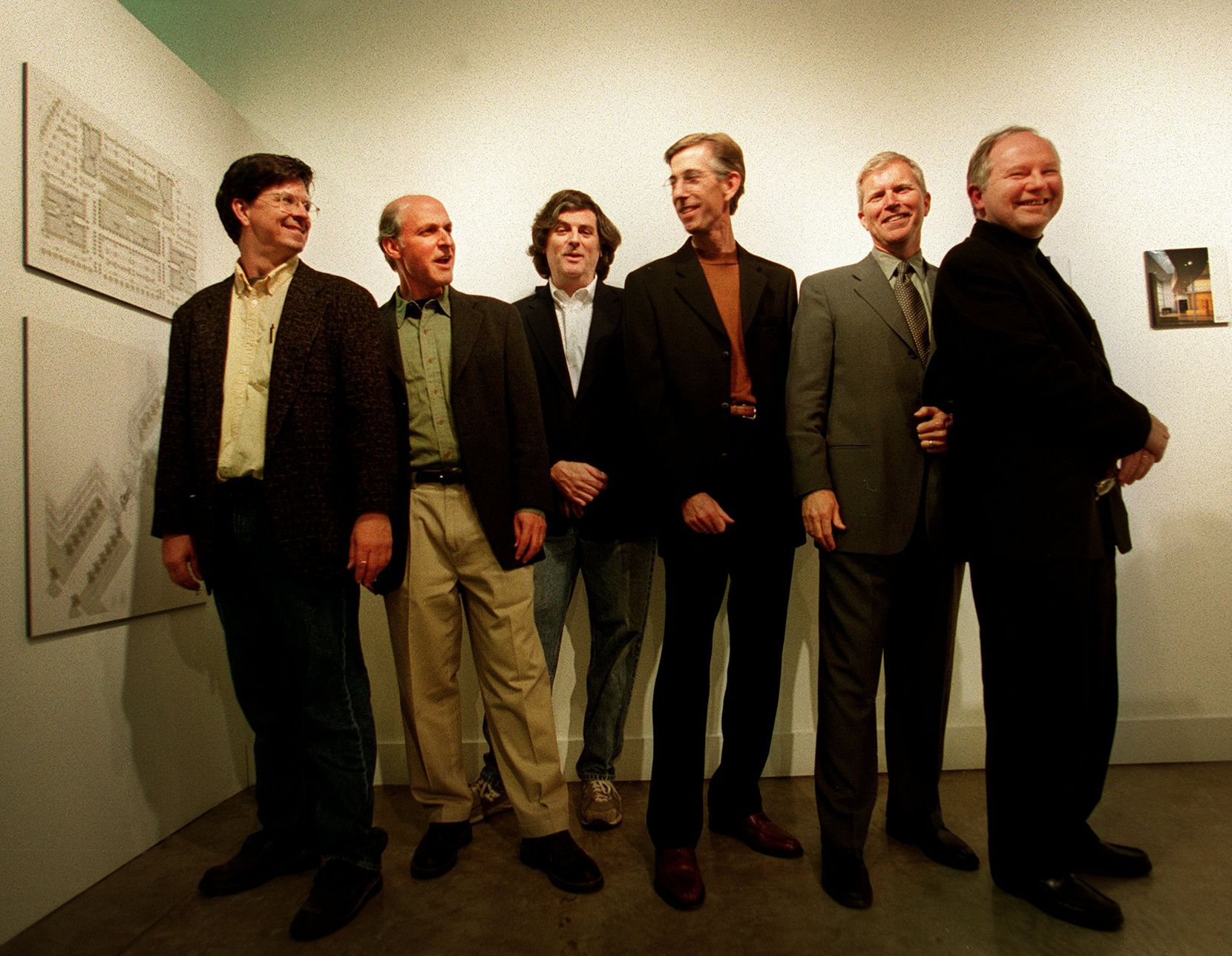 Scott Cantrell, former full-time classical music critic for The News who continues to write for the newspaper, is proud to have recommended Brettell as an art critic. The two were close friends.

“Rick was incredibly learned, although he carried it easily, with a certain disrespect. But he was also an amazing visionary who could come up with ideas and bring makers together to turn them into reality, ”said Cantrell.

“He was also a beloved friend to so many, valued for his warm, smart and, yes, mischievous company, and he loved bringing his friends together in social settings. He was a great cook too. I will always cherish those morning emails inviting me for impromptu lunches and wonderful visits, with good portions of gossip and lots of laughter. I’ve always wondered how lucky I was to spend that time with him. “

Pierrette Lacour was Brettell’s personal assistant for 20 years. They considered it their joint venture to “make your impossible dreams come true”.

“He knew I wasn’t going to leave until I saw his final projects completed,” said Lacour. “Rick lives on in the many, many people whose lives he has touched and changed. He was a giant, not of stature but of spirit and soul, a brilliant mind to create unthinkable projects, with a mountain of knowledge to share with the students and scholars he adored – a pied piper for all of us . “

Due to COVID-19, Caroline Brettell says a celebration of her husband’s life “will be held at a later date”. Brettell is survived by his 94-year-old mother and three sisters, as well as numerous nieces and nephews.

Those who wish to remember Brettell, Lacour said, are encouraged to donate to the University of Texas at Dallas to create the Richard Robson Brettell Reading Room in the future UTD Athenaeum, which Brettell helped design. 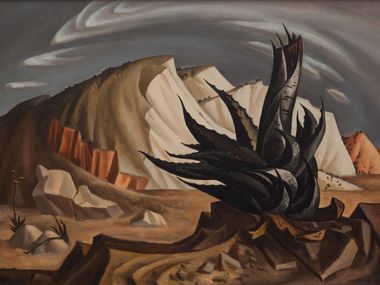