Dallas Mayor Eric Johnson on Wednesday called for a more aggressive and transparent approach to the surge in violent crime in the city after seven people were killed in 24 hours this weekend.

“We are long overdue for a court press or an all-hands-on-deck approach to public safety in this city,” he said. “The time to talk and the time for words is over. I want to see the numbers. And I want them to be reported to the public. “

Johnson, who, despite his title, has little leverage with the police outside of the bullying pulpit, is requesting a new monthly report to track city police and non-police responses to crime.

Among the data points he wants to track:

Outside City Hall, Johnson also asked the Dallasites to maintain vigilance and good public health practices to stop the spread of the coronavirus – especially as Thanksgiving approaches.

“We’re seeing an increase in hospital stays. People are still dying. Our doctors and nurses are overworked. And they are overloaded. And our residents are increasingly at risk, ”he said. “In a nutshell: the numbers are just not good.”

The mayor’s comments were the first time he publicly addressed both a rash of crime from last weekend and a surge in COVID-19 cases. Johnson also discussed both issues with Governor Greg Abbott’s office on Wednesday. Shortly after, Abbott announced that he would be sending soldiers from the Texas Department of Public Security to assist the Department.

Jerry Hawkins – executive director of the Dallas Truth, Racial Healing and Transformation nonprofit – said the mayor has consistently missed the mark in monitoring and improving the lives of the city’s most vulnerable people.

“The Mayor said there were two main problems, crime and COVID,” Hawkins said. “He was right about one. But crime is not an issue. It’s a symptom. It is a symptom of the problems of poverty, segregation, and lack of opportunity and resources. “

The city could do more to fight COVID, the economic downturn and crime – all of these are interrelated and disproportionately harmful to black and Latin American communities, he said.

“You could throw resources at the people, not the police,” he said. “The federal government will not do that. Crime remains a red herring for people if they should focus on how the city plays a role. “

Earlier this week, Police Chief U. Reneé Hall said the department was working with the FBI to bring more officers to the streets. She called the recent spate of violence “terrible and tragic”.

The request for more data, a tactic used by the mayor to track coronavirus hospital stays, is an attempt to hold city officials accountable for their stated goals of stopping crime. Earlier this year, Hall said she wanted to reduce violent crime by 5%, but it had continued to rise.

So far this year, the Dallas Morning News has tracked 233 murders – topping the 2019 high water mark. The city’s official murder count of 220 is lower because The News does not follow FBI reporting procedures such as segregation of legitimate murders.

When the mayor published his inquiry to city administrator TC Broadnax, he claimed there was no public accountability for Hall and said there was a lack of data.

The mayor said he did not know why the crime-fighting goal had not been achieved but called it “a problem”.

“It’s a bad way to do business to set a goal and then you don’t get regular reports or check-ins on progress until the end of the year – or in some cases here it’s years plural.” he said.

However, the city council receives weekly crime statistics information, and the Public Safety Committee creates a comprehensive monthly dashboard that collects data from the police, fire departments and courts. The committee also received monthly reports on Hall’s crime-fighting plan, including one on November 9th. Similar crime data is also regularly shared with the city’s Community Police Oversight Board. 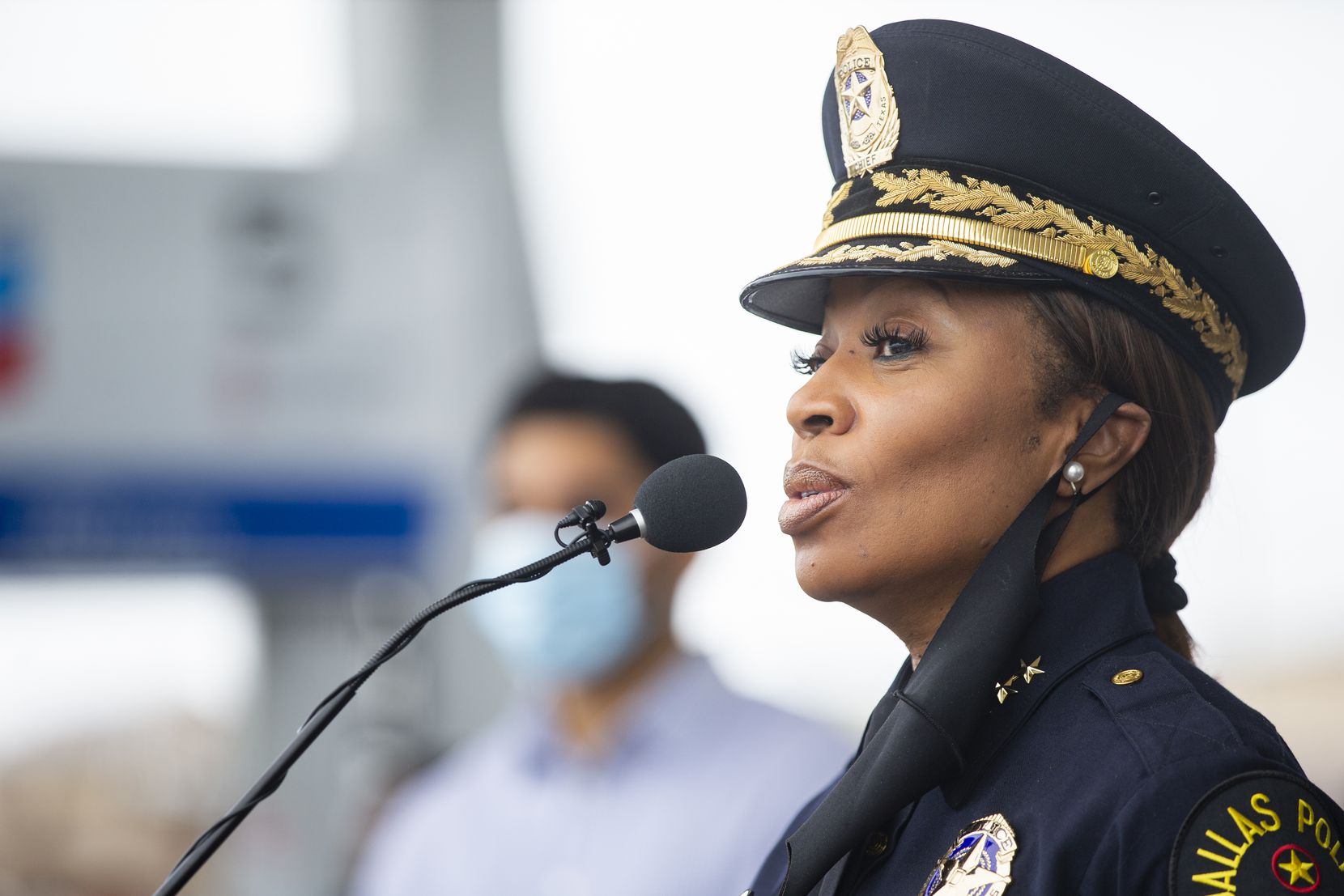 As of October 31, homicides rose 17.8% while robberies and sexual offenses decreased more than 25%. Nonviolent crimes such as car theft and robbery decreased by 3.42% across the board.

Jennifer Staubach Gates, a council member representing northwest Dallas, was named chairman of the public safety committee by the mayor last month. There’s no shortage of data, she said, but she suggested the city could always do a better job of tackling crime strategically.

“I’d say we’re pretty knowledgeable if you wanted to take the time to read all of these crime-only reports,” she said. “We spit out a lot of data, but are we analyzing it effectively?

“We need to monitor these strategies that we put in place after the last budget, such as violence breakers, risk terrain modeling and lighting.”

Johnson was an outspoken critic of Hall and called for more attention to the rise in crime. However, its success has been mixed.

During the city’s budget debate that summer, he attempted to block police cuts after protests broke out over the Minnesota murder of George Floyd. Johnson distanced himself from the protest movement which called for the defunding of the police force and the flooding of traditionally underserved communities with more resources.

He was charged by his colleagues and town hall observers for failing to meet his own budgetary priorities. Ultimately, the council cut overtime hours by $ 7 million for the police, but funded a list of no-police alternatives.

The mayor’s calls for greater accountability come as the police nears a major transition. Hall is expected to leave at the end of the year after announcing her resignation in September. The city is currently looking for a replacement.

On Wednesday, Johnson said he hoped the next boss would take personal responsibility for the crime in Dallas.

“I want this next boss to own these issues and say, ‘Make me responsible for what I do here in Dallas,'” he said. “We just have to do this. And I want the next boss to have the same attitude. “

What Has Reopening in Dallas Looked Like So Far?