Dallas man returns from Wuhan, China after being stuck in epicenter of global pandemic in January

The first thing Warren Lee, 30, ate when he returned to Dallas was taco bell and a chipotle burrito.

“It’s the most typical American experience I’ve ever known,” Warren joked. “There is no substitute for it.”

Lee started the year at the epicenter of a pandemic in Wuhan, China, and after almost 11 months overseas, he finally made it home this week.

Lee traveled to Wuhan, China on January 20th to do his job in sports. However, when the city quickly became the first epicenter of the coronavirus and the city shutdown, he was stuck.

In May, as the cases in China subsided, Wuhan Airport started offering domestic flights. Lee could have traveled to Shanghai – more than 500 miles from Wuhan – and quarantined there for 14 days. Then maybe he would have found a flight back to the USA. But with too many strangers and a surge in cases in the US, he decided to sit down and sit.

“I think I made the right choice when I did this,” Lee told the Dallas Morning News.

By May, Wuhan had lifted several coronavirus restrictions and the city had tested all 11 million of its residents. As the summer months came and the situation improved, life returned to normal in the original epicenter, Lee said.

Lee and his girlfriend went out to dinner and went to the movies, but not without hesitation at first.

Wuhan’s lockdown has been much stricter and more enforced than the US lockdown, Lee said. At the height of the Texas lockdown, residents could still drive to pick up on-the-go orders at their favorite restaurants or go to a park. On the other hand, there were points in the lockdown in Wuhan, Lee said, that he wasn’t even allowed to go to get groceries. 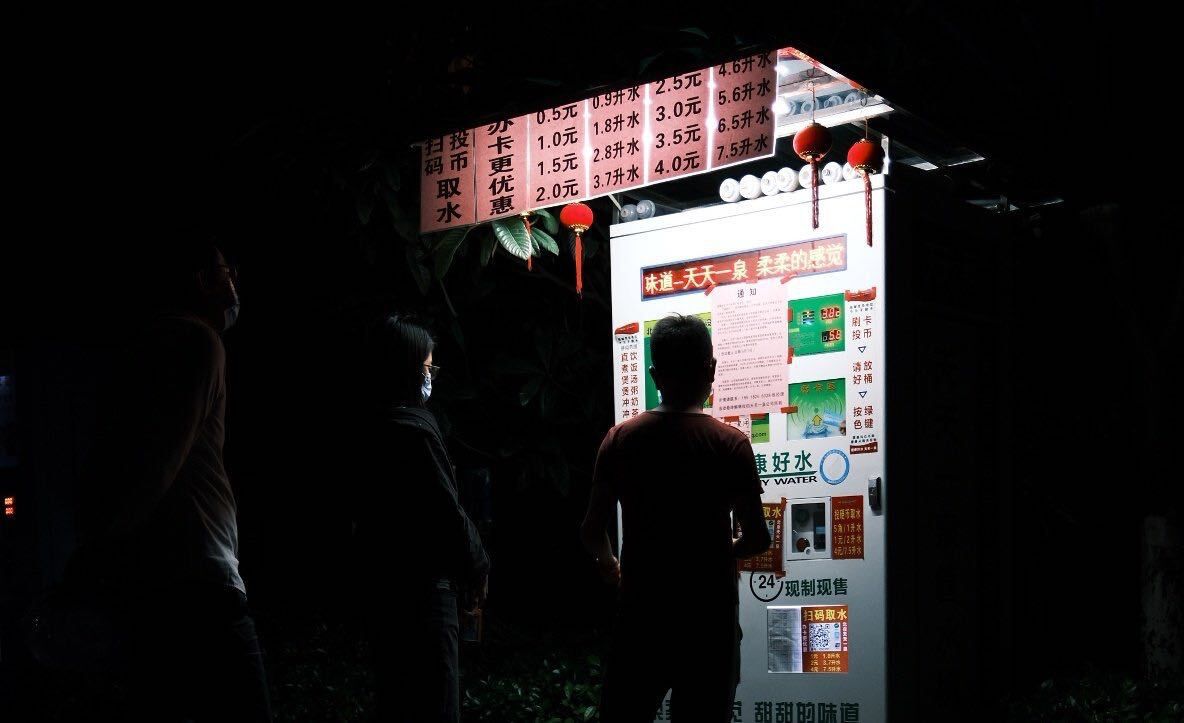 Wuhan’s ban was lifted in early April, but life has only slowly returned to normal since then, according to Warren Lee, who has been in Wuhan since January.(Warren Lee / Courtesy Warren Lee)

“This adjustment phase – to just step out the door and get yourself back into a sense of normalcy – isn’t someone telling you that you can or should or you can’t, it’s just hard to make that transition,” said Lee. “You get so used to the fact that the four walls of your apartment are about how far things go before you are reminded that there is a whole world out there.”

In November, after spending about 10 months in Wuhan, Lee was ready to explore more of the world before going home. Lee traveled to Singapore on a work project, where he stayed for about a month before deciding it was time to return to the US – a decision he feared.

“The house that I left”

When asked in May what he was up to when he returned home, Lee told The News he was going to eat the whole town. Now that he’s at home, he still does it, but his food is delivered.

His first order was a Chipotle barbacoa burrito and a couple of Taco Bell chalupas and tacos. “

“Some things I shouldn’t eat most of the time,” joked Lee. “That’s not a legitimate Mexican, I fully understand, but that’s the first thing I did.”

At the beginning of the shutdown in Wuhan, Lee started a video blog to share his experience. He videos and photos document empty streets and cautious trips to grocery stores.

At the time, he said he thought he would only be locked up for a few weeks. Little did he know it would be almost a year before he would be back in Dallas.

Now that he’s at home, home doesn’t feel like this anymore.

“Coming back here is just a weird feeling because it’s not a complete lockdown, but it’s not safe either,” Lee said. “I don’t know if the house I left will ever come back.”

Just getting home from the airport was a different experience. In the past, Lee said he could just call a friend and ask for a lift.

“Usually that wouldn’t be a big deal,” said Lee. But now he had to consider that he would be leaving a 14-hour flight that could have exposed someone with the virus.

Even meeting friends at home is different now – it’s all virtual.

Lee has a friend who lives down the street from him, but they prefer to catch up digitally.

Dallas appears to have a defensive playmaker in Donovan Wilson