Every January brings endless opportunities for prosperity and a better 12 months than before, a particularly inspiring prospect after the toughest year in most of our lifetimes. And while 2020 was one of the most challenging chapters in history for the restaurant industry, new concepts defied the odds and even made their debut when perennial favorites closed. But hope takes hold again as some places that are feared gone forever return or find new life in 2021: Lucia moves into a bigger room, Serious Pizza is redesigned, the Preston / Royal Fish City Grill is rising again after the devastation of the 2019 tornadoes, and Christies is making a comeback on Lowest Greenville. Throw in new spots for fried chicken, Detroit-style pizza, and tikka masala, and there’s plenty to drool over in the coming weeks. Start following these highly anticipated restaurants on social media now – and possibly put these exercise resolutions into high gear as you prepare for so much decadent food on the horizon. 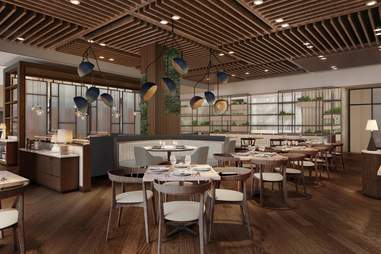 Courtesy Good Graces DallasUptown
The full-service restaurant at the new Marriott Dallas Uptown Hotel has announced a modern brasserie approach with broad appeal. The menu will focus on crowd pullers ranging from fresh oysters and sausages to burgers and steaks, all from the perspective of former Ritz-Carlton chef Juan Pablo Silva.
Projected opening: January 2021 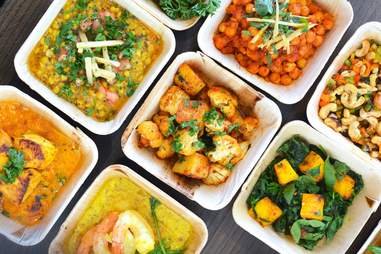 Bishop Arts District
A mother-daughter team with deep roots in the Dallas Native American culinary scene (including the bustling 8-Carnation Food Stand at the Dallas Farmers Market) is bringing a chic Indian restaurant to what was once Hattie’s Space in the heart of the Bishop Arts District. This full-service restaurant gives the expected – and unexpected – Indian classics an upscale flair.
Projected opening: January 2021
Farmers Branch
Between appearing on television and lighting the world with her smile, celebrity chef Tiffany Derry has found time to settle into a new full-service restaurant sparked by the success of her Roots Chicken Shak concept. Derry declares this their “ode to Mediterranean cuisine” with a menu that features classic dishes from all time and modern take on comfort dishes, including their famous duck-fried chicken.
Projected opening: Early 2021 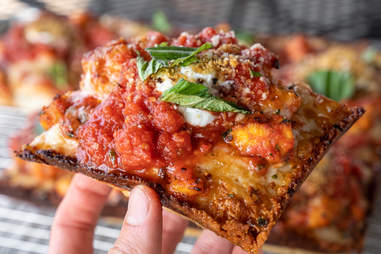 Courtesy of Cane RossoEast Dallas
After starting out as a pandemic pop-up, this Detroit-style pizzeria is finally getting its own shop, right next to its sister brand and home of Neapolitan-style cakes, Cane Rosso. The focus will continue to be on take-away and delivery, but dine-in will be an option, as will tasty treats from a small cow tipping creamery inside, marking the brand’s return to East Dallas.
Projected opening: March 2021
Downtown
This restaurant duo from Michelin-starred chef Danny Grant is located in the historic downtown skyscraper The National and will soar high above the city on the 49th and 50th floors. While Monarch focuses on luxurious seafood and steak dishes, Kessaku focuses on sushi in comfortable yet spectacular surroundings.
Projected opening: March 2021 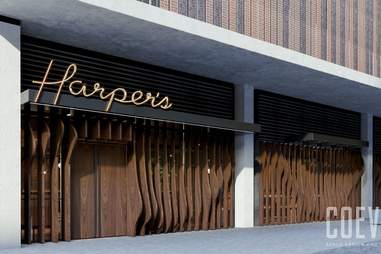 Courtesy HarperDeep Ellum
Milkshake Concepts, the parent company of STIRR, Vidorra and Citizen, is showcasing its best concept yet with a menu from Chef Jacob Williamson, who last ran the kitchen in Wolfgang Puck’s fabulous Five Sixty before it closed in the first few months of the pandemic. Bold flavors, including globally inspired steak dishes, will be hallmarks of the menu.
Projected opening: March 2021
Design District
Not to be confused with the delicious Italian restaurant Carbone’s. This restaurant of the same name comes straight from Manhattan, where it was awarded a Michelin star. Baked clams, lobster ravioli, and expensive versions of veal parmesan and whole fried fish add to the menu in a place that is likely to be a special occasion for many.
Projected opening: Spring 2021 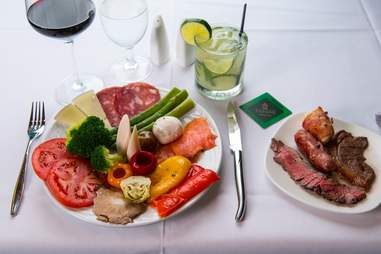 Courtesy Brasão Brazilian SteakhousePlano
The popularity of eat-only Brazilian churrascarias continues to draw diners from northern Texas, and this San Antonio import doesn’t deviate from the successful formula of a massive salad bar and sliced ​​meat. The outdoor terrace is a nice change from many other concepts and is especially welcome for those who do not want to dine inside yet.
Projected opening: Spring 2021 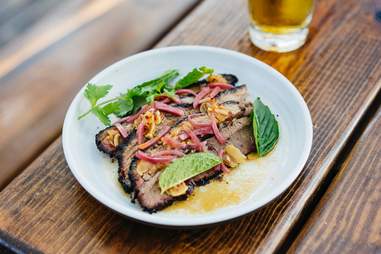 Courtesy Loro DallasOld East Dallas
Chef Tyson Cole (Uchi) and Pitmaster Aaron Franklin (Franklin Barbecue) ‘s Austin Dream Team Matchup brings their collaboration to Dallas. The menu combines Southeast Asian flavors from Cole’s side of the kitchen with traditional Franklin Texas BBQ, resulting in mashups like sandwiches made with smoked Thai herbal beef brisket with peanuts and papaya salad and pork belly with hoisin spikes on coconut rice.
Projected opening: Spring 2021
Downtown
Everyone stands up for the latest concept from the extraordinary Dallas restaurateur Nick Badovinus. Located in the historic Magnolia Petroleum Building, little was revealed about the dining options other than a form of New American cuisine. Of course, expect a stunning dining room, as shaped by Badovinus over the years.
Projected opening: Summer 2021

5 Taco Spots to check out in Dallas – The Brookhaven Courier