Updated at 6:50 p.m .: Revised to include nationwide data.

Dallas County reported 2,248 more coronavirus cases as well as a record number of hospital admissions for the virus on Friday. Ten new COVID-19 deaths have also been reported.

Given the surge in new cases and soaring hospital admissions, District Judge Clay Jenkins said at a news conference Friday that North Texans must follow doctors’ advice and restrict large gatherings, shop online as much as possible, and avoid dining in restaurants.

“We don’t want COVID to be an uninvited guest this vacation,” he said.

Jenkins and Dr. Philip Huang, the county’s health director, said that while the news about the COVID-19 vaccines is exciting, it is not a moment to facilitate physical distancing or the wearing of masks.

“Our health system is overloaded. Our healthcare heroes are tired and stressed, ”said Jenkins. “A post-vacation increase on top of our current gains would be devastating.”

Of the new cases reported on Friday, 1,938 are confirmed and 310 are likely. The total of 2,248 is the second most common report in a single day without a large number of cases left behind.

The newly reported cases bring the total confirmed cases in Dallas County to 152,447 and the probable cases to 17,413. The county has recorded 1,423 COVID-19 deaths.

While other counties in north Texas are providing estimates of how many people have recovered from the virus, Dallas County officials do not report recoveries because the Federal Centers for Disease Control and Prevention does not use this metric.

Health officials are using hospital stays, intensive care units and emergency rooms as key metrics to track the effects of COVID-19 in the county in real time. In the 24-hour period that ended Thursday, 867 COVID-19 patients were in acute care in the county hospitals – most at any point during the pandemic. During the same period, 482 ER visits were made for symptoms of the disease.

There are 9,709 COVID-19 patients in Texas hospitals, including 2,875 in the Dallas-Fort Worth area. The number of COVID-19 patients in North Texas as a percentage of hospital capacity is 17.5%, above Governor Greg Abbott’s 15% threshold, triggering tougher measures for restaurants and other businesses.

The nationwide average seven-day positivity rate for molecular tests, based on the date the sample was taken, was 14.4% on Thursday. According to state health officials, using data based on when people were tested provides the most accurate rate of positivity.

For antigen tests, the positivity rate for the same period was 9.8%.

Health officials said all but three of the victims had underlying health conditions, but did not state which three these were.

1,033 people will be hospitalized with the virus, according to Friday’s numbers on the county dashboard. 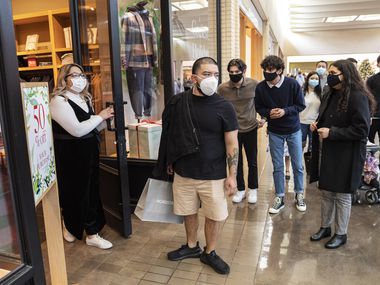 The state added a total of 899 coronavirus cases for all of Friday in Collin County, bringing the total to 39,127. Of the new cases, 661 were confirmed and 238 were likely.

11 new COVID-19 deaths were also reported on Friday, bringing the county’s death toll to 322. No details on the latest victims were available.

According to state data, the county has 3,949 active cases of the virus and 31,533 recoveries.

Denton County reported 702 coronavirus cases – 596 of which are active – and three new deaths on Friday.

The newly reported cases also bring the county’s total molecular cases to 28,256, while the antigen cases stand at 5,566.

According to the district, 162 COVID-19 patients were hospitalized. Only five of the district’s intensive care beds are available. 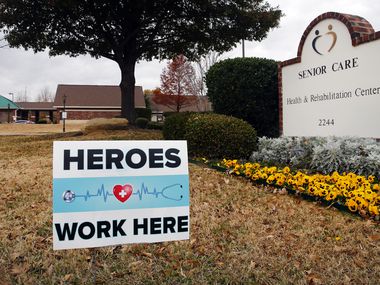