A woman got into an argument last week with a man who was queuing at a supermarket in South Dallas. Then she and her boyfriend beat him as he was leaving, police said, causing injuries that ultimately resulted in his death.

Devetta Renee Jackson (41) and Courtney Deon Martin (35) were each murdered once in the fatal blows against 60-year-old Willie Jorden.

Police wrote in a warrant affidavit that a woman was upset with Jorden on the afternoon of January 18 when he ignored a line and went straight to the counter at Big Daddy’s convenience store, on Colonial Avenue and Pine Street.

Surveillance footage showed the woman had a “heated conversation” with Jorden and then left without buying anything, police said. She went to a Mitsubishi SUV in the parking lot, and a man got off the driver’s seat and waited outside the shop while the woman went back in, the affidavit said.

The man confronted Jorden as he swore out of the store, then the woman walked back out of the store and slapped Jorden in the face. The man also started slapping Jorden’s face, police said.

Jorden fell face first to the floor and stopped, the police said. He was bleeding from his head when authorities arrived and, according to the Dallas County Medical Examiner Office, was taken to Baylor University Medical Center in Dallas, where he died of his injuries on Friday.

The man and woman drove off in the SUV that police said had registered license plates with Jackson. Police wrote in the affidavit that surveillance footage showed the woman pulling off her mask while discussing with Jorden, revealing golden teeth as seen on Jackson’s driver’s license picture.

Police said they determined that Jackson and Martin were in a relationship through research on social media and that Martin looked similar to the man featured in the video from the store.

Jackson and Martin were admitted to Dallas County Jail on Wednesday on bail of $ 250,000 each. None of them had a lawyer listed on the court records. 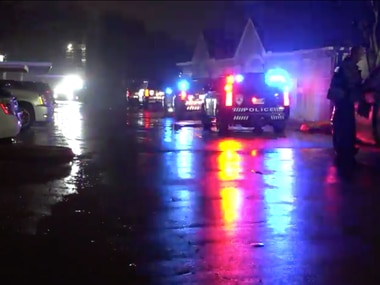 A New Hiring Platform for the Service Industry Launches in Dallas