Business campus northwest of downtown Dallas up for grabs

The four-building property in Stemmons and Medical District Drive covers an area of ​​around 22,000 square meters.

The office campus is up for grabs after Trinity Industries moves from its longstanding home in the buildings to new headquarters on Dallas North Tollway in Farmers Branch.

The company was one of the largest companies in the Stemmons Freeway corridor before moving.

Three other smaller buildings and a parking garage are included.

“The flexible zoning of the property enables the highest density in the areas of medicine and design,” says CBRE in its marketing pitch. “Given the region’s changing, ongoing development cycle of more than $ 3 billion, the former Trinity Industries campus represents one of the largest redevelopment opportunities in Dallas-Fort Worth – the country’s most important growth market.

“The property is really in the center of this exciting and rapidly developing area,” the offer says. “Art, medicine, energy and modern lifestyle define this transforming urban space.”

The former Trinity Industries campus is just off the freeway where developers are converting the former Exxon / Mobil office tower and surrounding buildings into a biomedical research and not-for-profit business center. 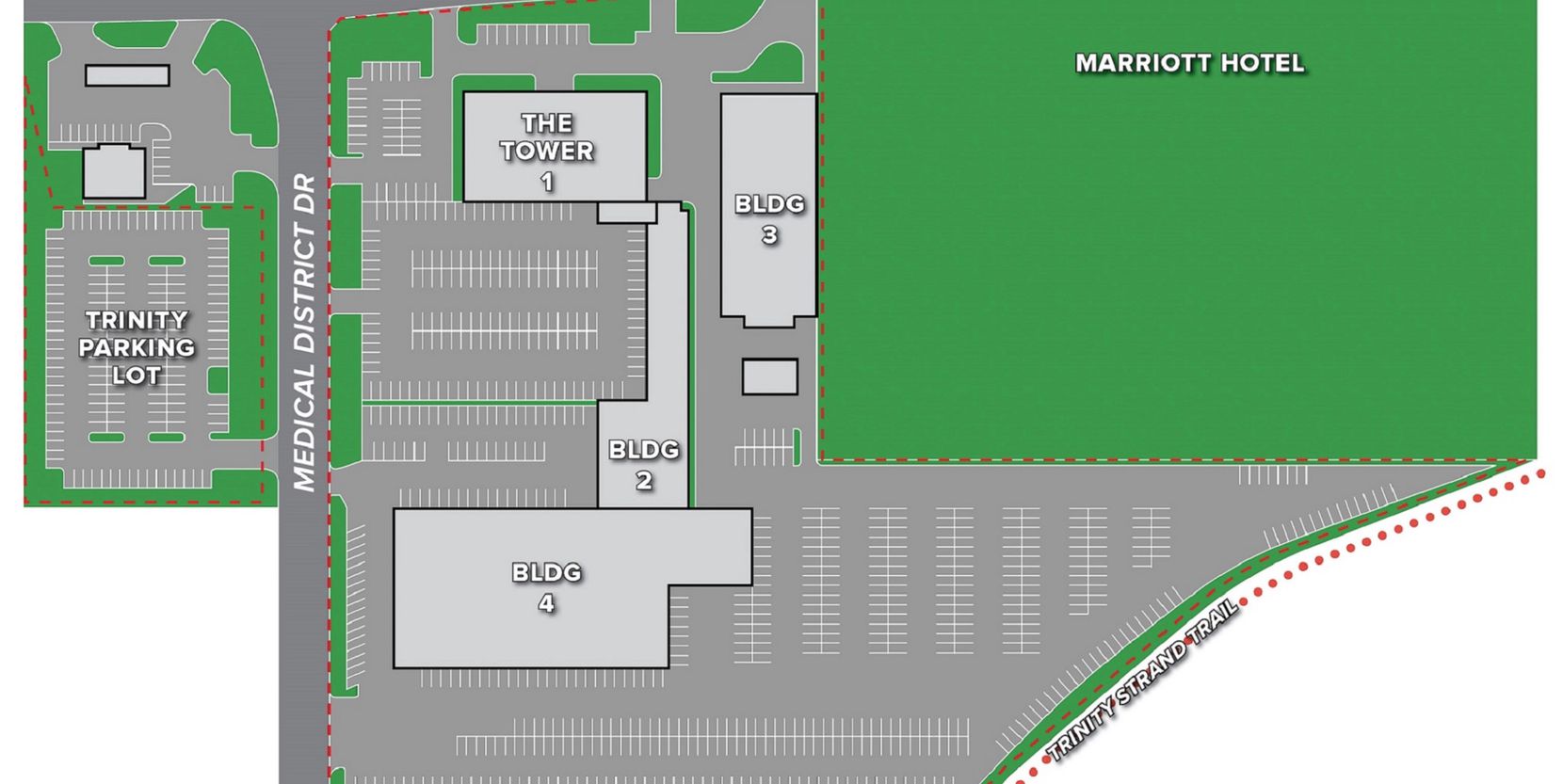 The former Trinity Industries campus is over 11 acres.(CBRE)