Architect of Fountain Place who shaped Dallas, dies at 93

IM Pei died just a year ago last May at the age of 102. Few architects had done more for modern Dallas than Pei, whose works include Dallas City Hall and Morton H. Meyerson Symphony Center. But one who could make a legitimate claim to be considered alongside Pei was his own partner, Henry N. Cobb, who died this week at the age of 93.

Cobb’s projects include three of the city’s most elegant towers, One Dallas Center (1979), Energy Plaza (1983) and the rocket-shaped Fountain Place (1986), by far the most dynamic skyscraper in the city’s impressive skyline.

All projects were completed in collaboration with Pei, but the truth was that they were acting as virtual independents within their company and the character of their projects differed dramatically: while Pei was developing an architecture with solid volumes accentuated by light and shadow, worked Cobb, and especially his skyscrapers, were shaped by sheer levels of ethereal weightlessness.

The two met at the Harvard Graduate School of Design, where Pei taught, and Cobb, a Bostonian known as Harry, was his student. The two became friends, and in 1950 Pei asked Cobb to join him as house architect for developer William Zeckendorf. “Excellence is not alone, it will surely attract neighbors,” said Cobb of his partner, toasting Pei with a Chinese proverb on his 50th birthday.

Working for Zeckendorf gave Pei and Cobb immediate access to key assignments that for most young architects were just fantasies. Cobb’s debut as principal architect was not to scale: Place Ville Marie, completed in 1962, was a 4 million square foot urban development project in downtown Montreal that was anchored by Canada’s tallest building. The 47-story tower was cruciform in plan and floated in the air to create pedestrian zones below. Cobb described it as a union of Le Corbusier in his planning and Mies in his clear facade levels.

In an unlikely twist, Place Ville Marie would have a significant impact on Dallas. The project’s design team included the planner Vincent Ponte, who incorporated an underground pedestrian network into the development. It was an idea that made sense, at least in theory, in Montreal given the cold winters. 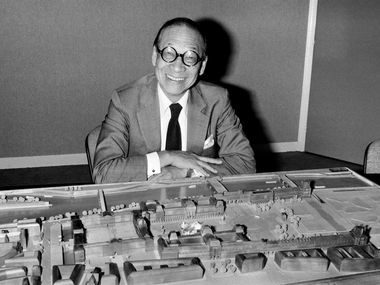 But Ponte then took that vision to Dallas and started it here in August 1969. The plan was to gradually roll the network into the city as the downtown area developed, with new buildings being added as it was built. However, it was never fully implemented, resulting in traffic being pulled from the roads on which it exists without providing the connectivity it promised.

The building Cobb is best known for (at least outside of Dallas) was also an initial failure. Cobb’s John Hancock Tower in historic Copley Square in Boston was the subject of heated controversy even before it was built. According to critics, a glassy modern encroachment that did badly (both literally and figuratively) to its respected neighbors.

These objections were exacerbated by a construction disaster: Windows fell from the sky. It was already vicious and now the entire curtain wall – all 10,334 panes of glass – had to be replaced. The press was devastating and almost sunk the company.

The partnership survived, and the times were good for the Hancock, which is now one of the most beautiful skyscrapers of modern times. “The architecture of a tall tower is 99% logic and 1% art – but don’t dare to take that 1% away,” Cobb once quipped. The Hancock, a shimmering plate made of gridded glass with notched edges, suggests shifting the ratio a little more towards art. In 2011, it won the American Institute of Architects’ 25-year award, the organization’s highest mark of excellence. 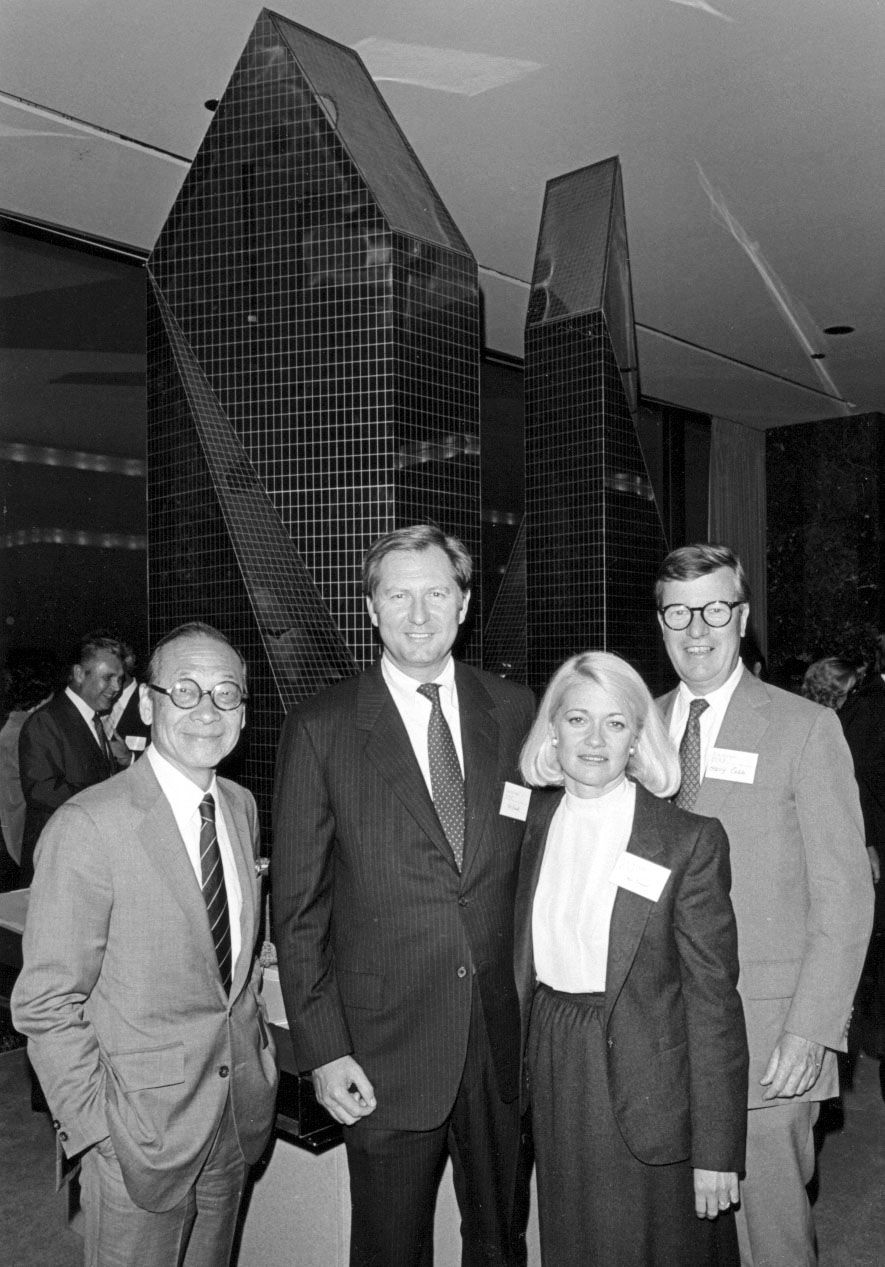 Fountain Place is the descendant of Hancock in its folds, planarity, and clarity of expression. Cobb described it as a “metamorphic tower,” which means that its shape changes as it rises from the base. It also shifts as you move around it, an ever-changing prism that gets thinner and then thicker, a broad arrow from one angle and a slender rocket from another.

According to a treatise published last year, Henry N. Cobb: Words & Works 1948-2018, it was conceived as a work of “subtraction,” which, unlike a typical skyscraper, is formed through a sculptural process of “carving away rather than building” was up. “

In his 1986 review of the building, Dallas Morning News critic David Dillon called it “the ultimate minimalist skyscraper” and “a work of art.”

Cobb sculpted both heads and buildings; In 1980, while maintaining his partnership in the Pei office, he resigned and assumed the chairmanship of the alma mater, the Harvard Graduate School of Design.

In 1998 he completed the acclaimed United States Courthouse in Boston, a complex of dignified authority made of red brick. The Wall Street Journal critic Ada Louise Huxtable described Cobb as “an almost painfully thoughtful designer whose every conscious step is the result of measured intellectual effort” and hailed the building for redefining the courthouse as a “useful and accessible place” . ”

Today it’s a rebuke for the recently proposed arrangement that only classical architecture is an acceptable style for federal buildings.

More recent projects include a number of pristine towers, including a Fountain Place-like spire in Istanbul and a translucent glass case composition in Lower Manhattan, the headquarters of Goldman Sachs.

These and those projects before Cobs ensure Cobb’s enduring reputation as one of the great masters of the modernist skyscraper. Dallas is fortunate to have one of its finest works.