Eight winners were selected from 73 entries, five of which received the Built Design Honor Award and three received juror quotes from the Dallas Chapter of the American Institute of Architects (AIA Dallas).

AIA Dallas is the sixth largest chapter of AIA, according to a statement. With over 2,400 members and 300 architectural firms, winning an AIA Dallas Award is no easy feat. The Built Design Honor Awards are the highest recognition this organization bestows on architects.

This year’s award winners were selected based on the innovation and thoughtfulness of their designs, as well as the response of each project to the climate, context and community in which they were built.

The winners of the AIA Dallas Design Award 2019 were selected by a jury made up of three experienced architects: Jorge Ambrosi, co-founder of AMBROSI ETCHEGARAY; Patricia Patkau, co-founder of Patkau Architects; and Jonathan Ward, FAIA, design partner at NBBJ.

“The Built Design Awards program aims to celebrate the outstanding work of architects at AIA Dallas with projects built both here and internationally,” said Ricardo Munoz, AIA, of the 2019 AIA Dallas Design Awards Committee Chair in a statement. “The jury’s selection this year shows once again how important good design is and what positive effects it can have. We hope this program continues to promote excellence in design and push the architecture community to innovate and create solutions that help make life better. “

Take a look at this year’s winners of the AIA Dallas Built Design Honor Award: 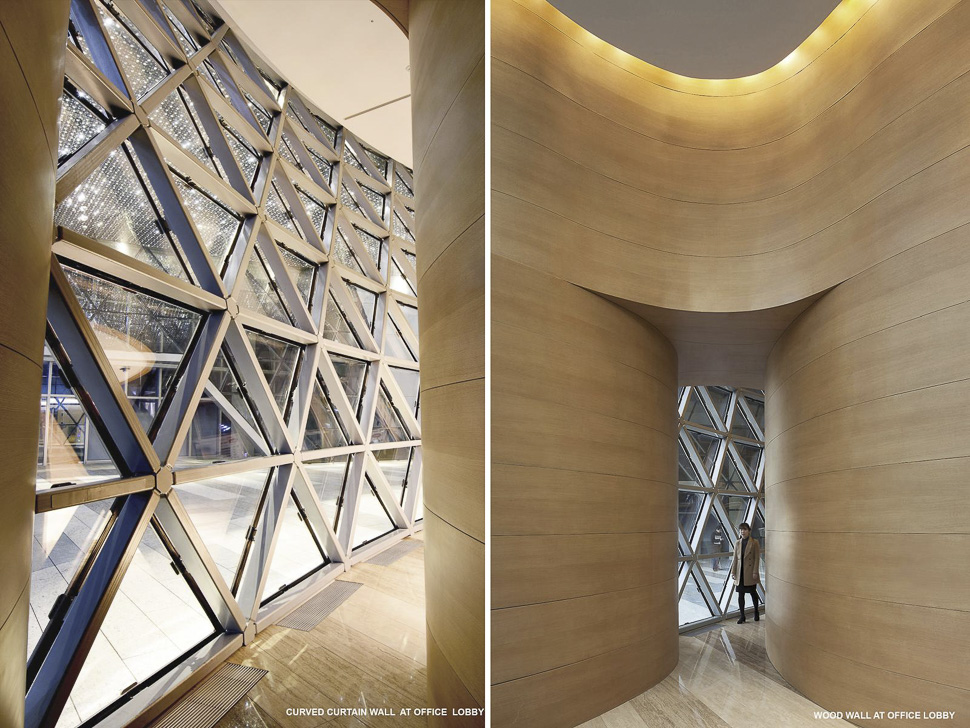 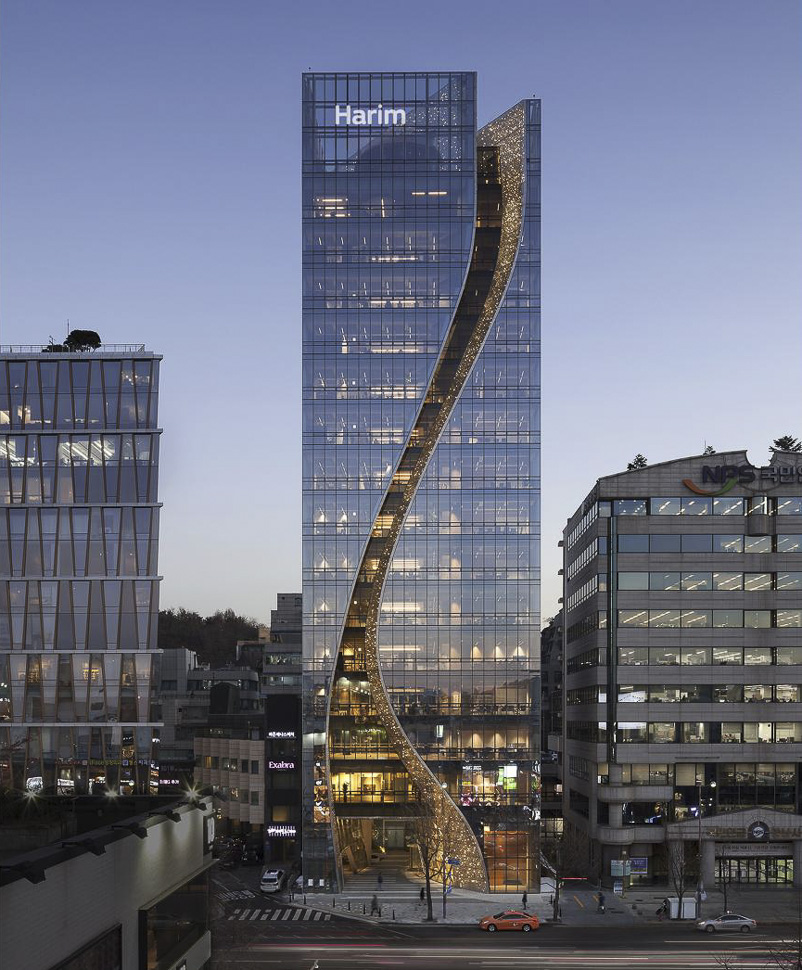 Headquarters of the Harim Group, Beck Architecture, LLC, Seoul, South Korea (107,640 square feet): Even though this building is thousands of miles from the Lone Star State, it still has Texan roots. Dallas’ Beck Architecture contributed his design know-how the Harim Group, one of Korea’s largest food company and built the organization’s new headquarters in the Gangnam district of Seoul.

The stainless steel panels lining the curved features of the building create a shimmering effect that sets the building apart from the Seoul skyline. In order to take the climate into account, this unique feature also serves as a natural aeration aid. 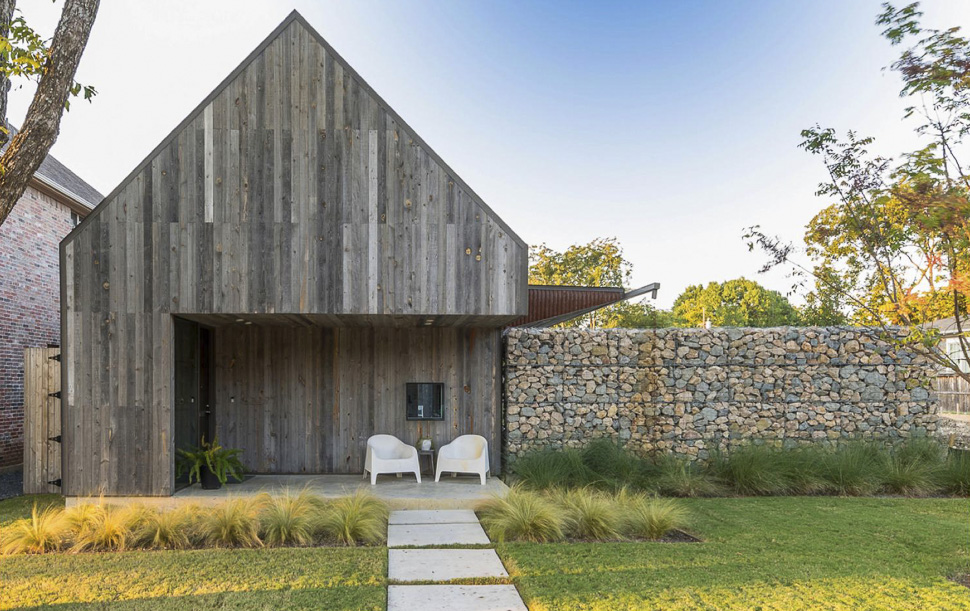 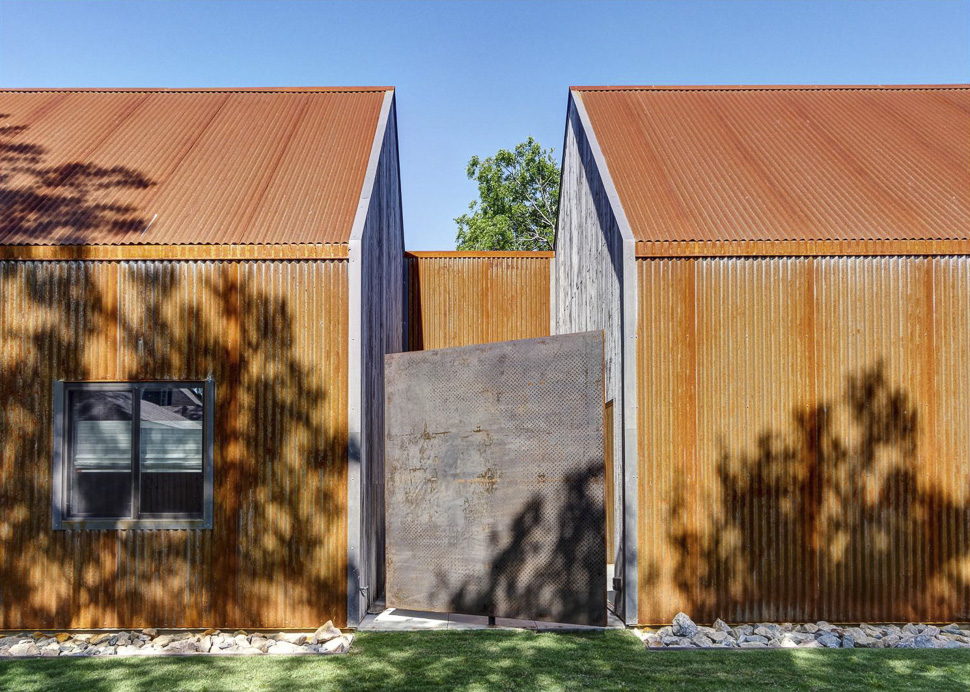 Casa Linder, Buchanan Architecture, Dallas (3,700 square feet): This creation is like a tribute to Texas, whose architectural inspiration comes from the historic Texas Blackland Prairie homestead and the simple design aesthetic of the earliest settlers in Dallas.

The creation was based on the owner’s love for reclaimed materials. With a linear design in mind, the project’s buildings connect through a single hallway with outdoor areas that line the exterior. 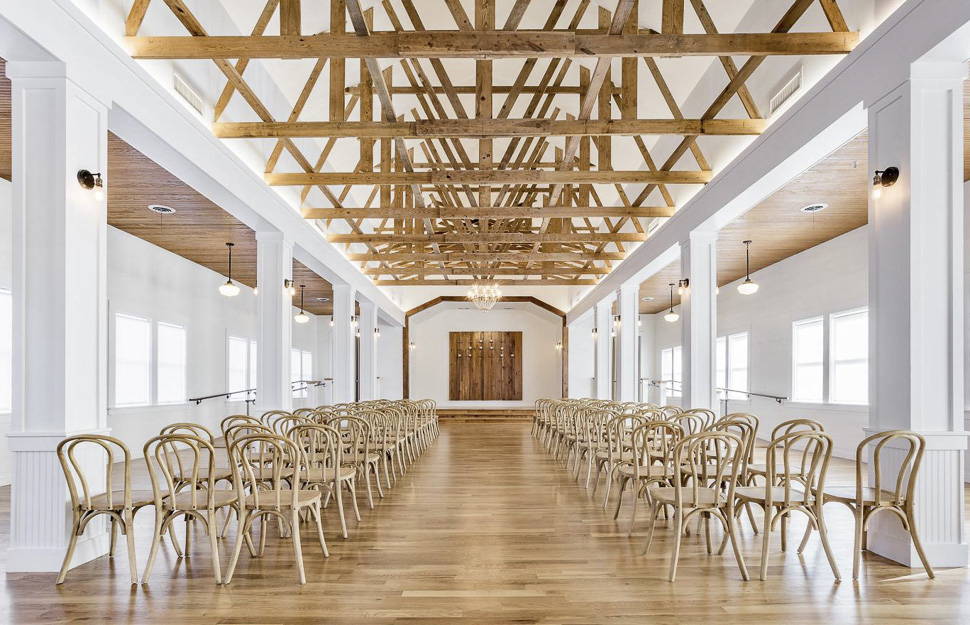 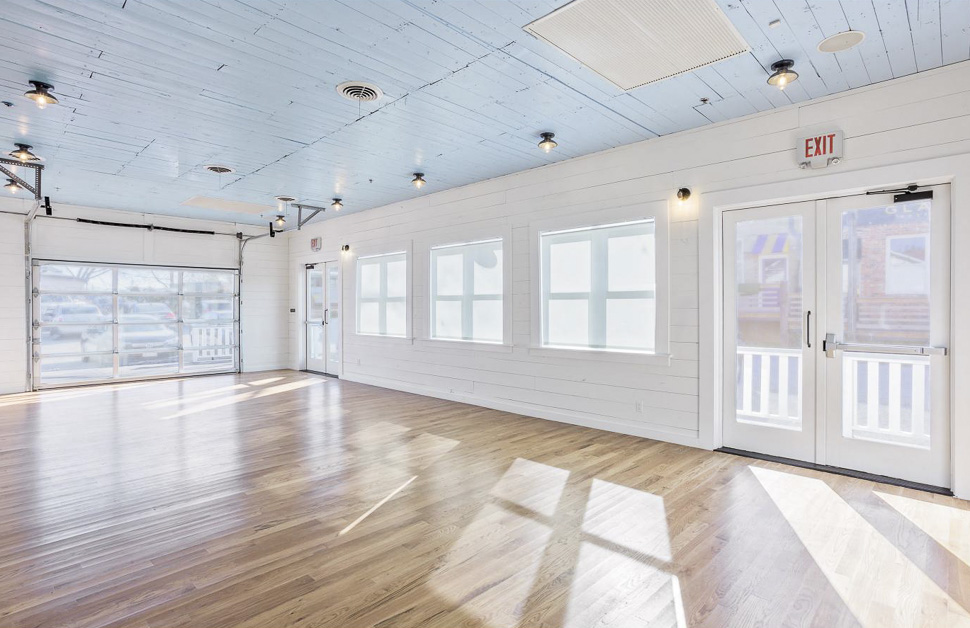 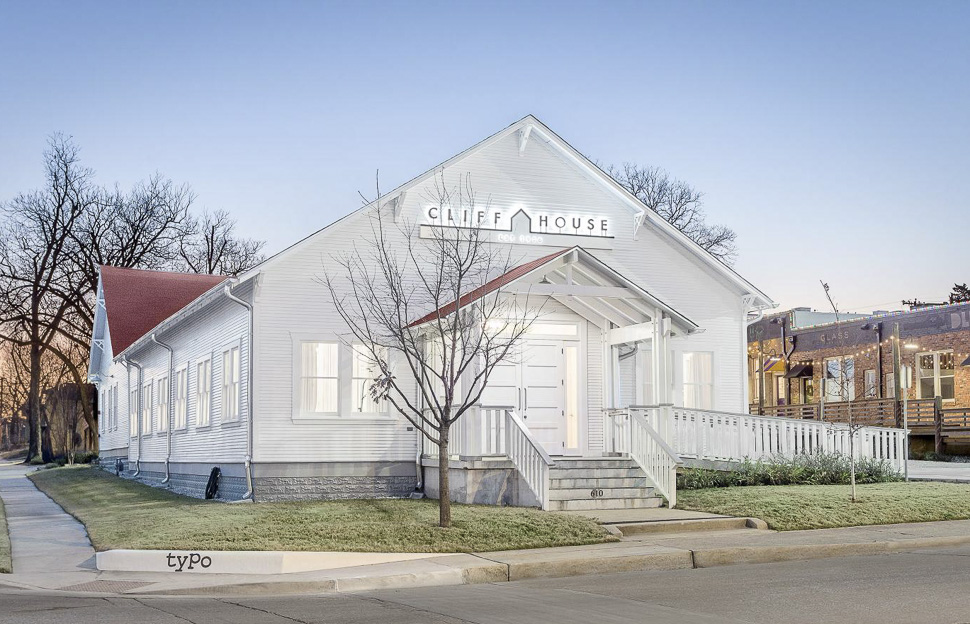 Cliff House, DSGN Associates, Dallas, TX (4,250 square feet): This Oak Cliff building was constructed in 1936 by the Davis Street Baptist Church ward. Eighty years later, after the building was sold for a second time, a major renovation was carried out.

DSGN Associates exposed the original roof trusses of the Cliff House and reused much of the building’s original ship hatch. The architecture firm also added an entrance hall and deck to the event space, as well as toilets, storage rooms and a catering kitchen. 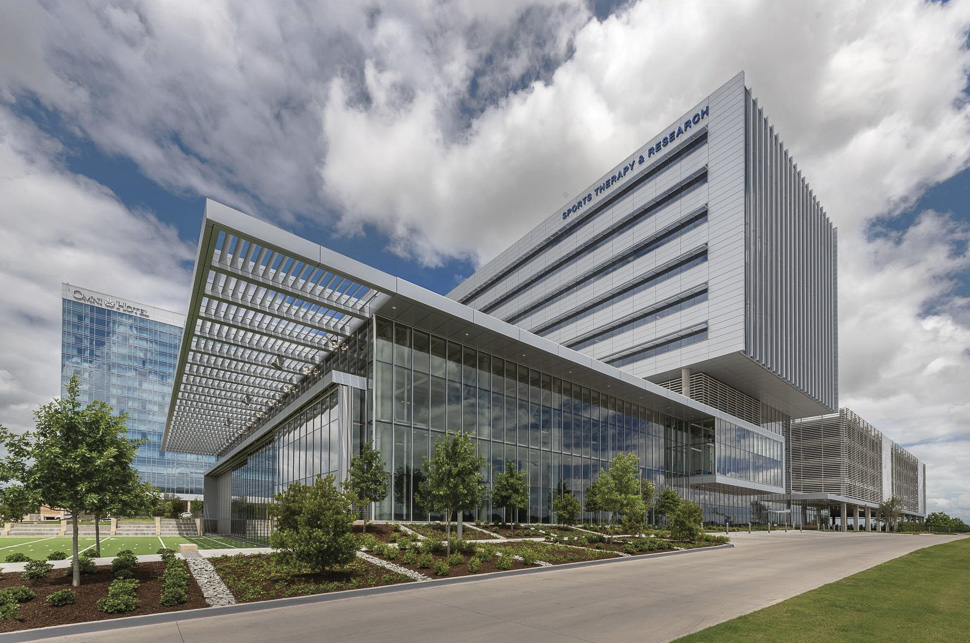 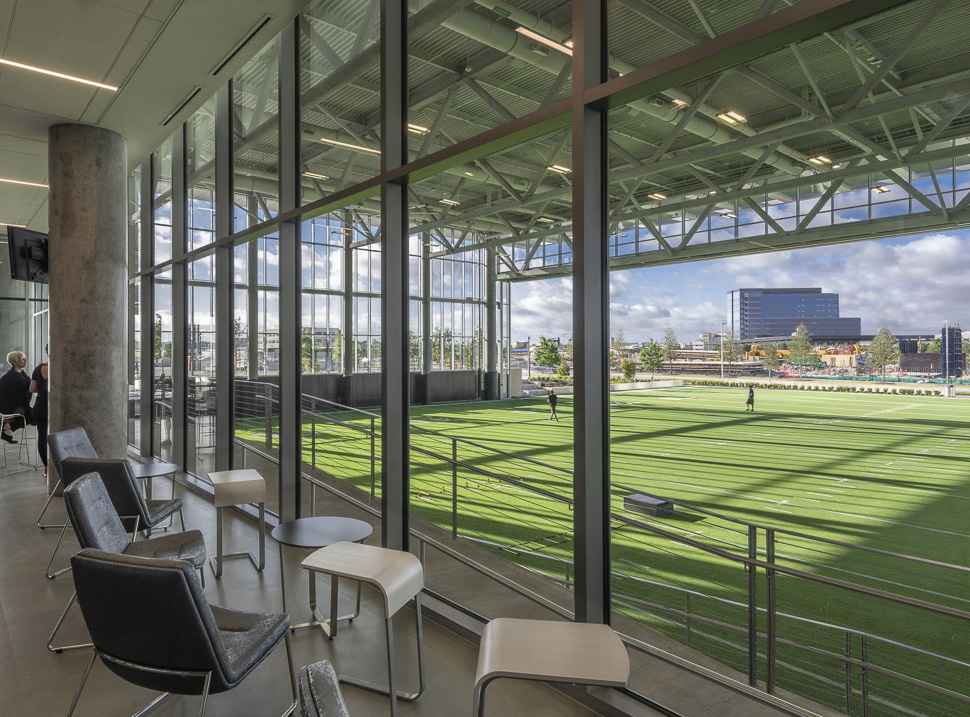 Baylor Scott & White Sports Therapy and Research at The Star, Perkins and Will, Frisco, TX (300,000 square feet): This center is the first of its kind for the Dallas Cowboys to work with a major health care system, according to a statement. The Frisco facility’s program combines sports medicine, sports wellness, and athletic performance, while the program’s groups are supported by its architecture. Diagnosis, treatment and rehabilitation are brought together by zones in the center.

The transparent rooms of the therapy and research center were created to close the gap between different program groups, while the 30-foot glass wall can be retracted to expand the soccer field outwards. 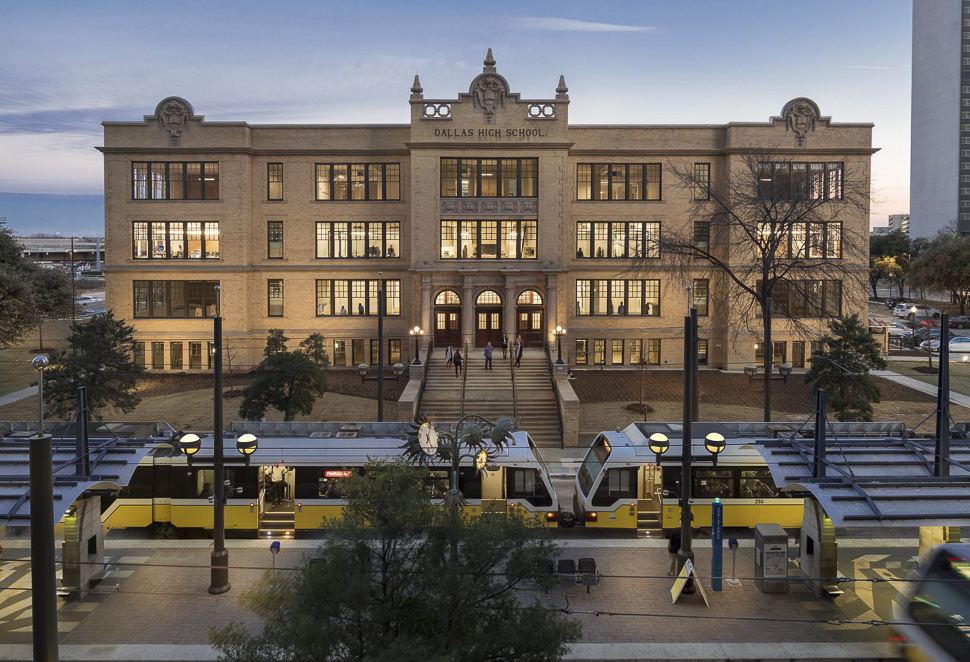 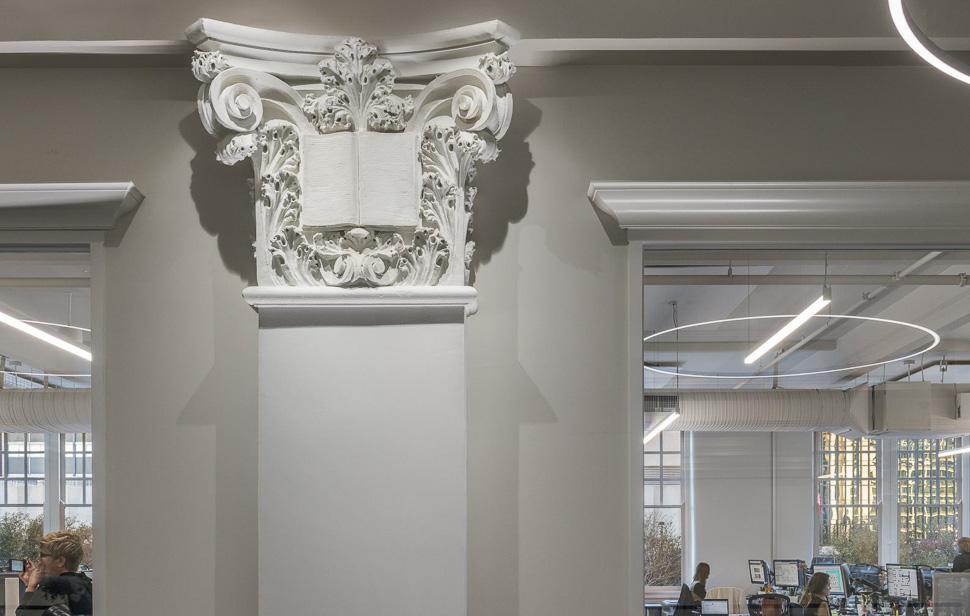 Old Dallas High School, Merriman Anderson Architects, Inc., Dallas, TX (102,000 square feet): Old Dallas High School was founded in 1907 and is one of DISD’s oldest institutional buildings. It was used continuously until 1995. The space is listed on the National Register of Historic Places and is also a city of Dallas landmark.

Now the school building has been converted into office space. Merriman Anderson Architects, Inc. required significant structural improvements and worked to restore and preserve all of the building’s historical features. 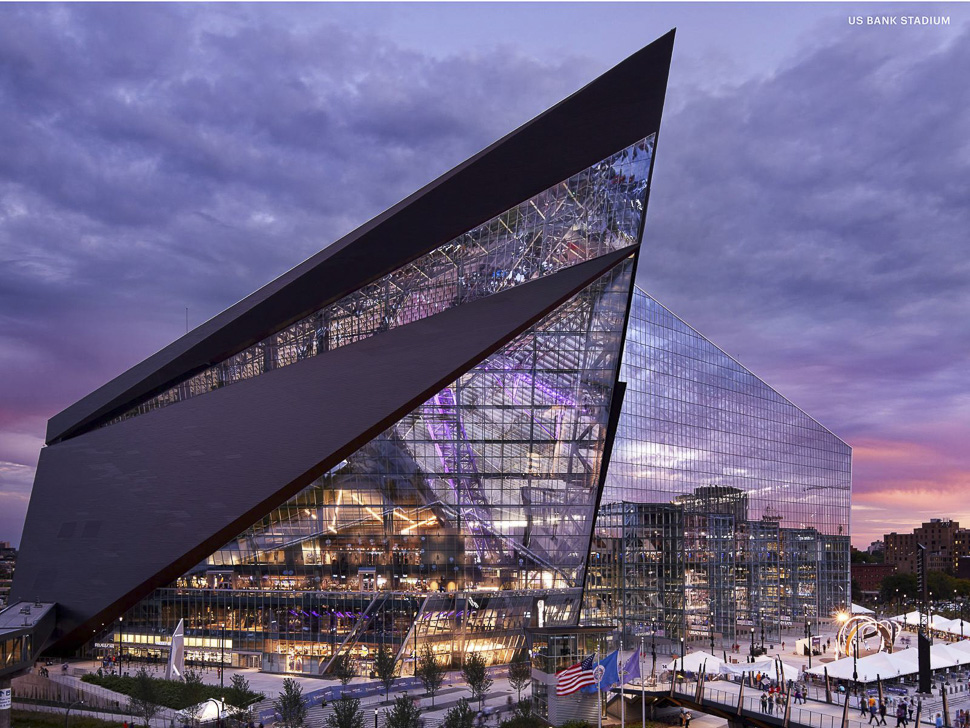 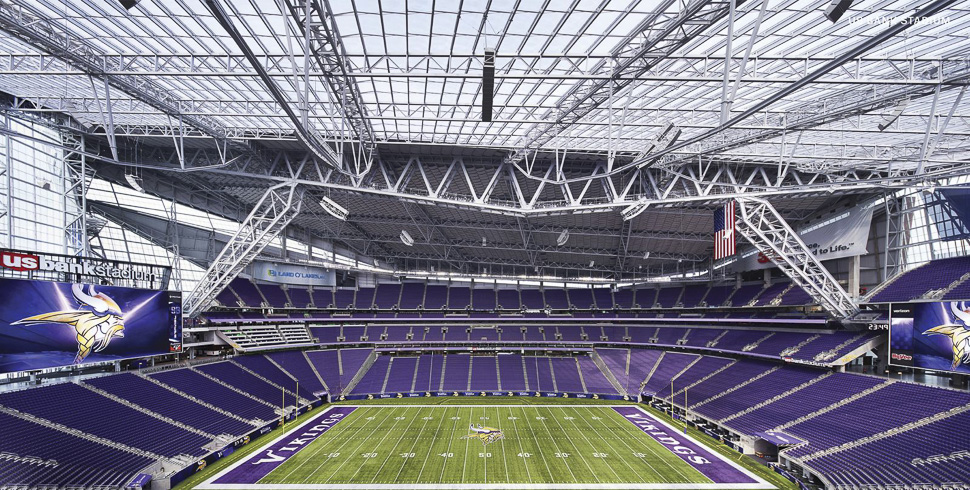 US Bank Stadium, HKS, Inc., Minneapolis, MN (1.75 million square feet): The Minnesota Vikings’ newest soccer stadium was created by none other than a Dallas architectural firm with the aim of welcoming all visitors to Minnesota.

The shape of the stadium is based on its surroundings with its “sharp, angular shape”[ing] out of the need to have a steep, sloping roof to throw snow, ”it said in a statement. Its shape also serves as an artistic creation that resembles ice colliding on a frozen lake. 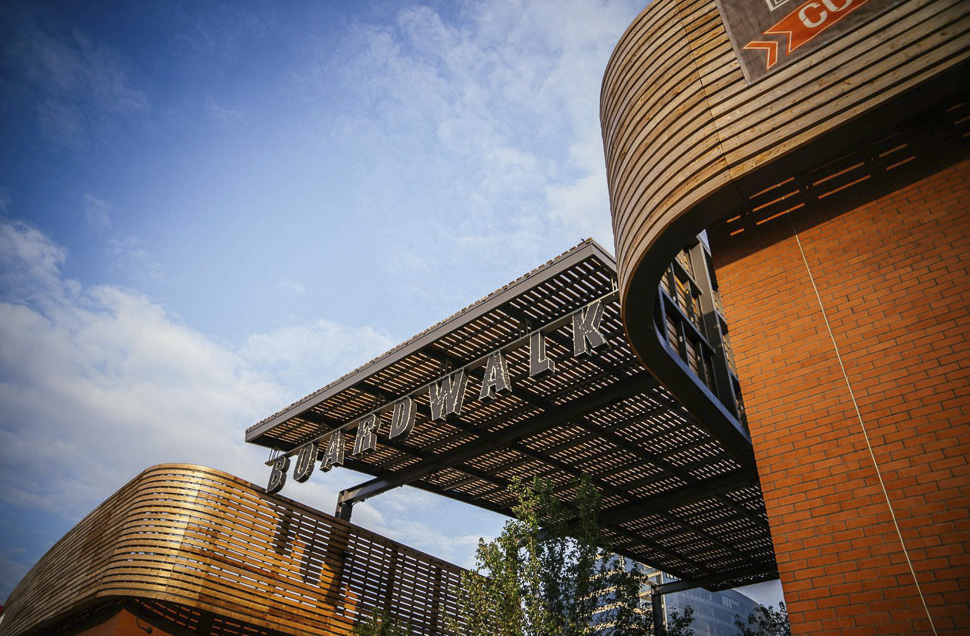 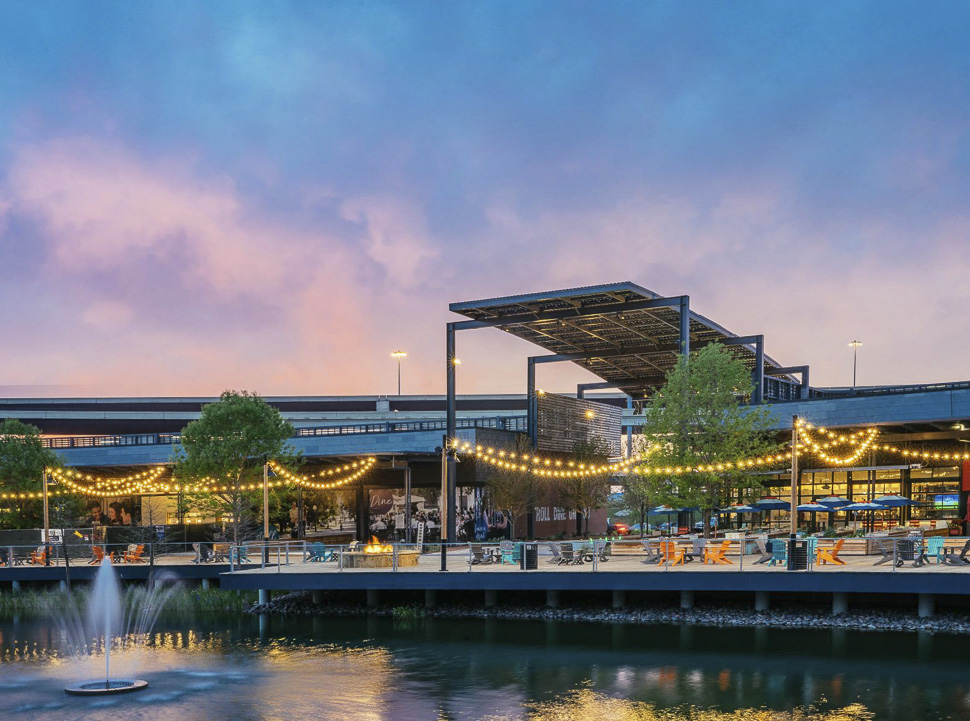 The boardwalk in Granite Park, OMNIPLAN, Plano, TX (31,000 square feet): This mixed-use development wanted to take an experimental approach because its restaurants are aligned with a pre-existing retention basin rather than the freeways behind it.

The project’s restaurants have interconnected terraces that end on the promenade of the pond. There’s more to the boardwalk than just food – activities like yoga, outdoor spin classes, and live music are often also available.

The pavilion’s demonstration kitchen offers cooking classes, demonstrations, and more. The space can also host educational programs around the world through its audiovisual production capabilities.

Who’s the most stylish in Dallas? Now’s the time to vote.