It has been more than five months since the first case of COVID-19 occurred in North Texas. Since then, bars, restaurants, and kitchens in the DFW region have struggled to endure the often conflicting policies, state regulations, and economic uncertainty caused by the global pandemic. From an early reopening to a step backwards for Texas Governor Greg Abbott who closed the bars again in less than a month, it’s been a rough year for the Metroplex’s food and beverage industry.

Use this comprehensive timeline as a guide to how (and when) the COVID-19 pandemic affected the city and state, as it is nearly impossible to keep up with everything that has been happening on the Dallas dining scene since early March is.

COVID-19 is coming to Texas

4th of March – A Fort Bend man tests positive for COVID-19, making it the first case in Texas. The man had recently returned from a trip abroad.

9th March – The first case of COVID-19 is confirmed in North Texas. The patient is a Frisco man in his thirties who recently traveled to California on a business trip where he was unknowingly exposed to someone else with COVID-19. The Frisco man’s wife and three year old daughter are also positive.

North Texas is grappling with preventing the spread of the coronavirus

March 13th – Dallas officials are canceling the annual St. Patrick’s Day parade on Greenville Avenue, which typically has more than 125,000 people in the neighborhood.

March 16 – Dallas Mayor Eric Johnson is demanding that restaurants and bars in the city close their dining rooms.

17. March – Texas Health and Human Services, on March 15, confirmed the state’s first Covid-19 death of a Matagorda County man in his nineties.

March 18th Abbott signs an exemption allowing restaurants to sell take-away alcohol for the first time while it is served with food.

March 18th Several suburbs in the DFW area are ordering bars and restaurants to temporarily close to stop the virus from spreading. Restaurants are starting to spin for takeout.

19th March – Abbott issues an ordinance to close bars and restaurants across the state by April 3rd.

March 31 – With grocery store shelves no longer holding essential items, Dallas officials urge residents to stay away from grocery stores earlier in the month so those participating in nutrition programs can buy what they need.

17th April Abbott is forming a strike force to create a Texas reopening plan, including business leaders, restaurant owners and other Texas dignitaries.

Restaurants are reopening, and there is fighting over masking orders

1st of May – Restaurants across Texas are allowed to reopen at 25% capacity. Still, many restaurant owners in the Dallas area are expressing concerns that it is too soon.

5th of May – Dallas County issues a mask mandate.

8th of May A secret shoppers investigation funded by Mark Cuban, owner of Dallas Mavericks, found 96% of Dallas businesses, including restaurants, are not complying with reopening guidelines.

8th of May – A Texas judge issued an injunction against the Hillstone Restaurant Group, stating that employees cannot be prevented from wearing masks while they are watching. Eventually, there will be several nationwide disputes over who can and cannot require residents and employees to wear masks.

May 11th – Dallas District Judge Clay Jenkins clarifies that the district may require restaurant workers to wear masks while they work.

May 20th – The City of Dallas announces a new program to allow restaurants to build “parklets” to expand their outdoor dining areas. 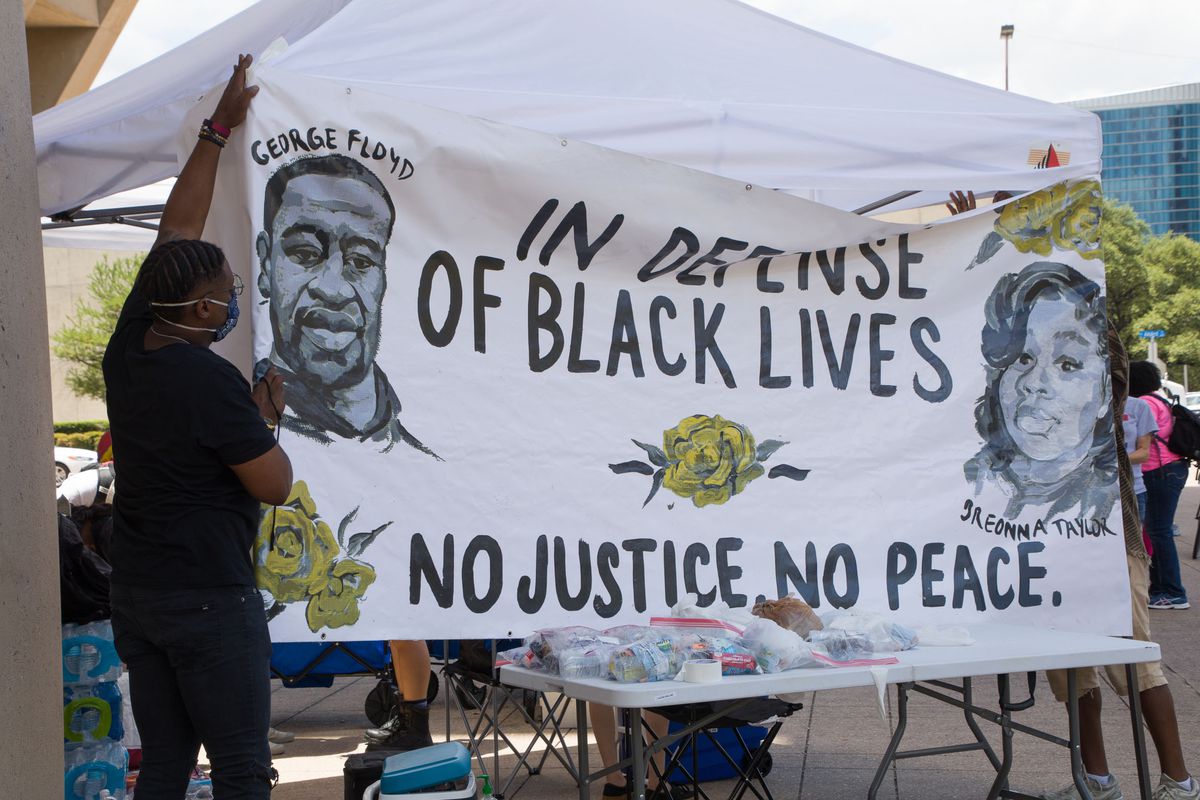 May 22 – Just in time for Memorial Day weekend, Abbott is enabling bars to reopen in Texas at 25% capacity. Restaurants can be increased to 50% capacity. Some bars in Dallas plan to reopen at midnight.

Uptown Bar Harris’ House of Heroes closes twice in a week for occupancy violations. Deep Ellum is full of partiers.

May 26 – Abbott enables food courts to reopen in shopping malls.

May 26 – Amid the pandemic, economic uncertainty and other problems, protests erupt across the country following the death of George Floyd, an unarmed black man killed by police in Minneapolis. These protests spread to Deep Ellum, where restaurant workers and other businesses express their solidarity with the movement.

3rd of June – Texas Bars are allowed to increase capacity to 50%.

12th of June – Texas restaurants allowed to increase capacity to 75%.

June 22 – As cases rise across Texas after the bars reopened on Memorial Day, Governor Abbott holds a press conference saying, “COVID-19 is now spreading in Texas at an unacceptable rate.” Still, he says, “Closing Texas will always be the last option.”

June 22 – Three bars in the DFW area, including Harris’ House of Heroes, are being charged with violations of the alcohol law for violating capacity limits.

Governor Greg Abbott steps down and opens the reopening plan

25th June – Abbott Suspends Plan To Reopen In Texas As COVID-19 Cases Rise Across The State.

June 26th Abbott is forcing Texas bars to close and restaurants must be at 50% capacity. Abbott regrets bars being allowed to reopen so soon. “It’s clear at this point that the surge in cases is largely due to certain types of activity, including Texans gathered in bars.”

June 28th Abbott issues a special waiver that allows bars in Texas to sell pre-mixed drinks to offset the losses caused by bar closings to the public.

7th of July – The State Fair of Texas is canceled for the first time since World War II.

8th of July – Dallas bar owners are suing Greg Abbott for closing the bars a second time, stating that Abbott’s executive order is in violation of the Texas Constitution’s non-discrimination clause.

Where Texas is now

13 August – Governor Greg Abbott says COVID-19 cases must drop dramatically before bars can reopen. Abbott wants the state’s positivity levels to be at or below 10% for an extended period of time and hospital stays to decrease before its reopening plan in Texas resumes. The Texas cases seem to be plateauing, but the positivity rate is still 25%.

21st September – Citing lower hospital stay rates, Governor Greg Abbott announced that restaurants in most parts of Texas can increase capacity to 75 percent. However, he says, “Since bars are recognized nationwide as a COVID spreading site, they cannot currently be opened.”

October 7th – Governor Greg Abbott announces bars in most parts of Texas can be reopened 50% of the time, but says the county governments will need to “sign up” for the reopening. Dallas County Judge Clay Jenkins says it is too early to reopen the bars in the Metroplex. “I won’t be filing any documents to open them at this point,” says Jenkins. “I will listen to everyone but follow science.”

Dallas’s modernist masterpieces are celebrated in a new book