As restaurants struggle to stay afloat in Dallas-Fort Worth, it might be shocking to hear that new restaurants are opening in the midst of the coronavirus pandemic.

But for Michelle Bonds, who plans to open Trova Wine + Market in the Plaza at Preston Center this summer, not opening is not an option.

“I’ve been working on this for years,” she says. “Before we even knew that [coronavirus] was coming to the United States, my construction was planned out and things had gotten started, and there’s just no turning back once that happens.”

Many restaurateurs have pushed their openings into mid or late summer, says Emily Williams Knight, president and CEO of the Texas Restaurant Association. She believes we’re “in the middle of” the effects the coronavirus will have on restaurants, not at the end. And Dallas County numbers averaged 300 COVID-19 cases per day last week, which is the highest seven-day average, says this story. Several prominent restaurants like Al Biernat’s steakhouse and Zoli’s pizza, both in the Addison area, are closed temporarily because an employee tested positive for the virus.

Of the 53,000 restaurants operating in Texas at the beginning of 2020, 12% of those restaurants have already closed, the Texas Restaurant Association says.

Knight forecasts that 25% will eventually close.

Still, Knight says the Texas Restaurant Association has seen an uptick in inquiries from restaurateurs who want to open new concepts, especially in North Texas. “All the data indicates there’s pent-up demand for restaurants,” she says.

Some eager restaurateurs, like the 21- and 22-year-old co-owners of Wayward Coffee in North Oak Cliff, say they’re treating the pandemic as an extended soft opening: Invite customers into their shops now, train their staff, and hope for bigger business in the future.

Trova hasn’t opened yet, but it’s one of several notable openings coming soon. Look for it in a future Dallas Morning News story as we continue to chronicle the changing restaurant landscape in COVID-19 times.

Here’s a list of the new restaurants that are open now:

New restaurants in Dallas-Fort Worth: spring/summer 2020 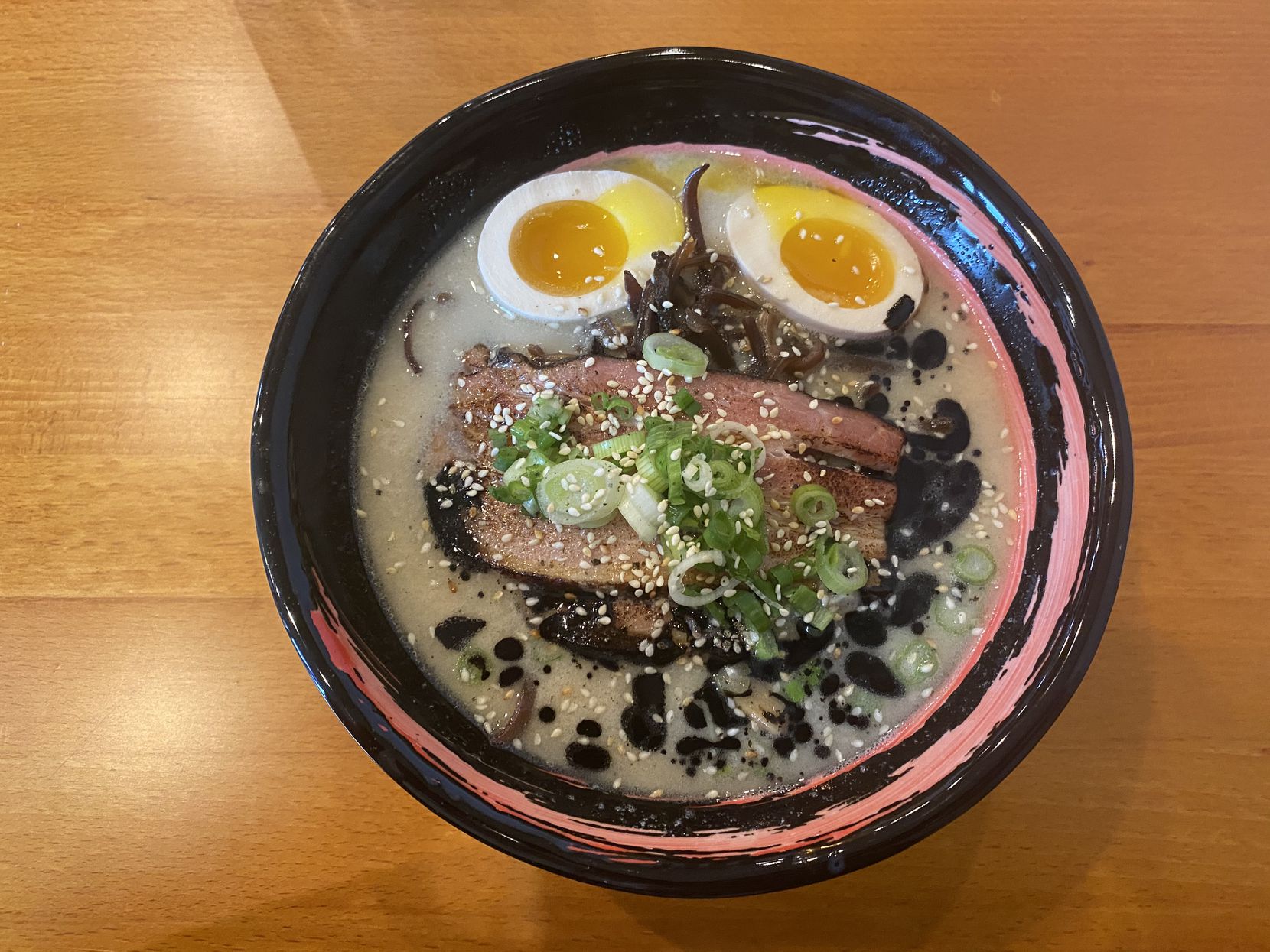 Put Kintaro in Arlington on your list of places to try.(Jeremy Hallock)

Blue Cenote Tex-Mex Cantina: Oak Cliff has seen several new restaurants pop up during the coronavirus scare. Blue Cenote, a new Tex-Mex restaurant in the Bishop Arts District, is a big place with “room for all,” says its website — at a safe distance. The Dallas Observer notes that its 11 TVs in the bar area might be a good reason to watch sports there some day. (Hey, remember sports?) Blue Cenote sells three-taco plates with carnitas, barbacoa or al pastor; nachos of most every variety; fajitas and burritos. Blue Cenote is at 312 W. Davis St., Dallas. Pickup or dine-in available.

Eat Fajitas: At Eat Fajitas in Fort Worth, you eat fajitas. That’s it, just fajitas, queso, guac, margaritas, churros, and ice cream from Melt. Chef Lanny Lancarte of Righteous Foods launched this new concept in the middle of the coronavirus crisis. “We believe focusing on one excellent menu item can showcase our mastery of the most fun and user friendly, shareable dish Tex-Mex has,” Lancarte says in a press release. “Paired with a fresh margarita, we can deliver a house fiesta right to our customers’ doorstep.” Eat Fajitas is at 3405 W. 7th St., Fort Worth. Eat Fajitas is a ghost kitchen and never plans to offer dine-in. Pickup and delivery available. Haystack opened at the northeast corner of Mockingbird Lane and Abrams Road in the Lakewood neighborhood of Dallas in May. Haystack operates several other burger joints in Dallas-Fort Worth.(Hunter Lacey / Special Contributor)

Invasion: Airric Heidelberg and Agon Raka planned to open March 17 — terrible timing because of the pandemic — and ended up giving away 200 meals to the homeless in its first week instead. They began takeout on March 19. Heidelberg is a bodybuilder, has a degree in nutrition and serves some halal food on his menu. Halal is a dietary standard set in the Quran and may make Invasion a good option for Muslims and those who like to eat “clean.” Menu items include wings, shrimp with chimichurri and sandwiches like the Cardi B: fried chicken with spicy mayo and coleslaw. Invasion is at 4029 Crutcher St., Dallas.

Jersey Mike’s Subs: Sandwich franchise Jersey Mike’s opened a new shop in Carrollton on June 10. For now, the restaurant will not be open to dine-in guests. Jersey Mike’s is at 4009 Old Denton Road, Carrollton. Pickup and delivery only.

Kintaro Ramen: Opening one restaurant might be hard enough, but the team behind Kintaro Ramen decided to open two during the pandemic: one in Arlington and one in Fort Worth. The downtown Arlington shop opened in April and sells $10 bowls of tonkotsu ramen, among other items. The menu at the Fort Worth shop is similar, though chef Jesús García has added sashimi and maki — a welcome addition after his great work in the kitchen at Little Lilly Sushi in Fort Worth years ago. García, age 32, is also the chef behind Oni Ramen restaurants in Fort Worth and Deep Ellum. Kintaro Ramen shops are at 101 E. Abram St., Arlington, and 6916 Camp Bowie Blvd., Fort Worth. Arlington is open for dine-in, pickup and delivery. Fort Worth is a ghost kitchen with pickup and delivery only. 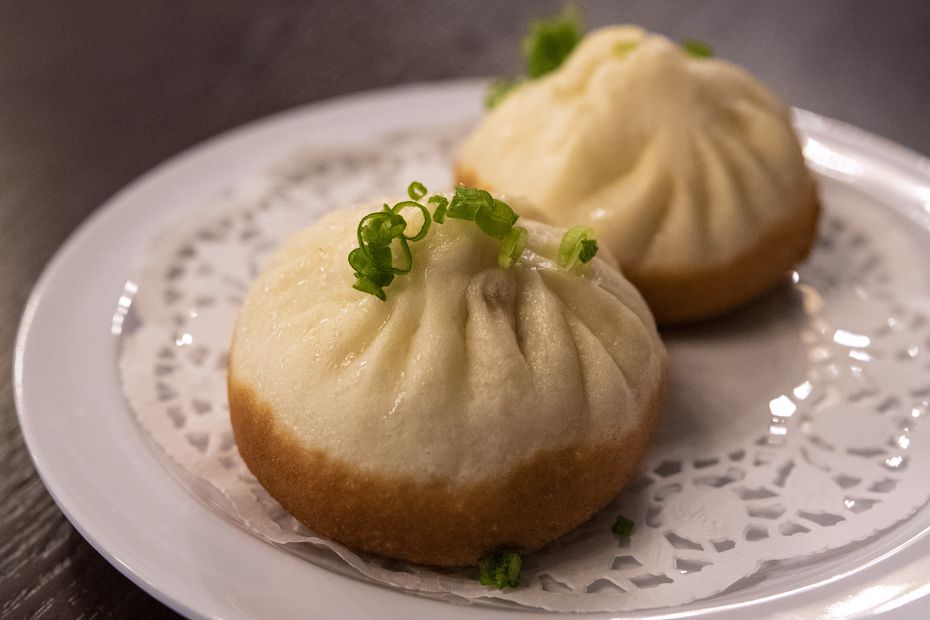 Kitchen Master Bistro: 22-year-old chef Ian Peng tells us that the best things at his brand-new restaurant in Frisco are the dumplings. But the generous menu has dozens of other options, including stir fry, fried rice, noodle soup and more. “This is me fulfilling my dream of bringing more Chinese cuisine — more Taiwanese cuisine — to the U.S.,” the chef said. Kitchen Master is at 9285 Preston Road, Frisco. Pickup and delivery available now; dine-in starts June 16. 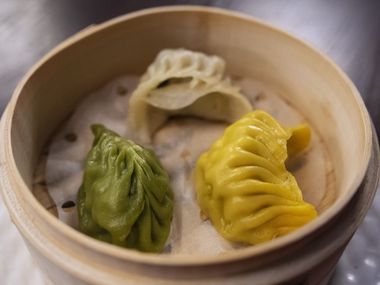 K-Pop Ramen Shop: Given the name, it seems like ramen’s the thing to get at K-Pop Ramen Shop. But the menu also has Korean dumplings, rice bowls, burgers and wings. It opened in the Oak Lawn area of Dallas on May 29. K-Pop Ramen Shop is at 5150 Lemmon Ave., Dallas. Pickup, delivery and dine-in available.

Mot Hai Ba: Those who know the East Dallas original will be pleased to hear that this Vietnamese restaurant brand is doubling in size. A second Mot Hai Ba, in Victory Park, has a different vibe than in East Dallas, says the Observer: It’s bigger and louder. But it’s still Serbian chef Peja Krstic’s place, and that’s a very good thing for food lovers. Some chefs in Dallas consider Mot Hai Ba to be one of the city’s best restaurants. Mot Hai Ba is at 665 High St., Dallas. Dine-in available. 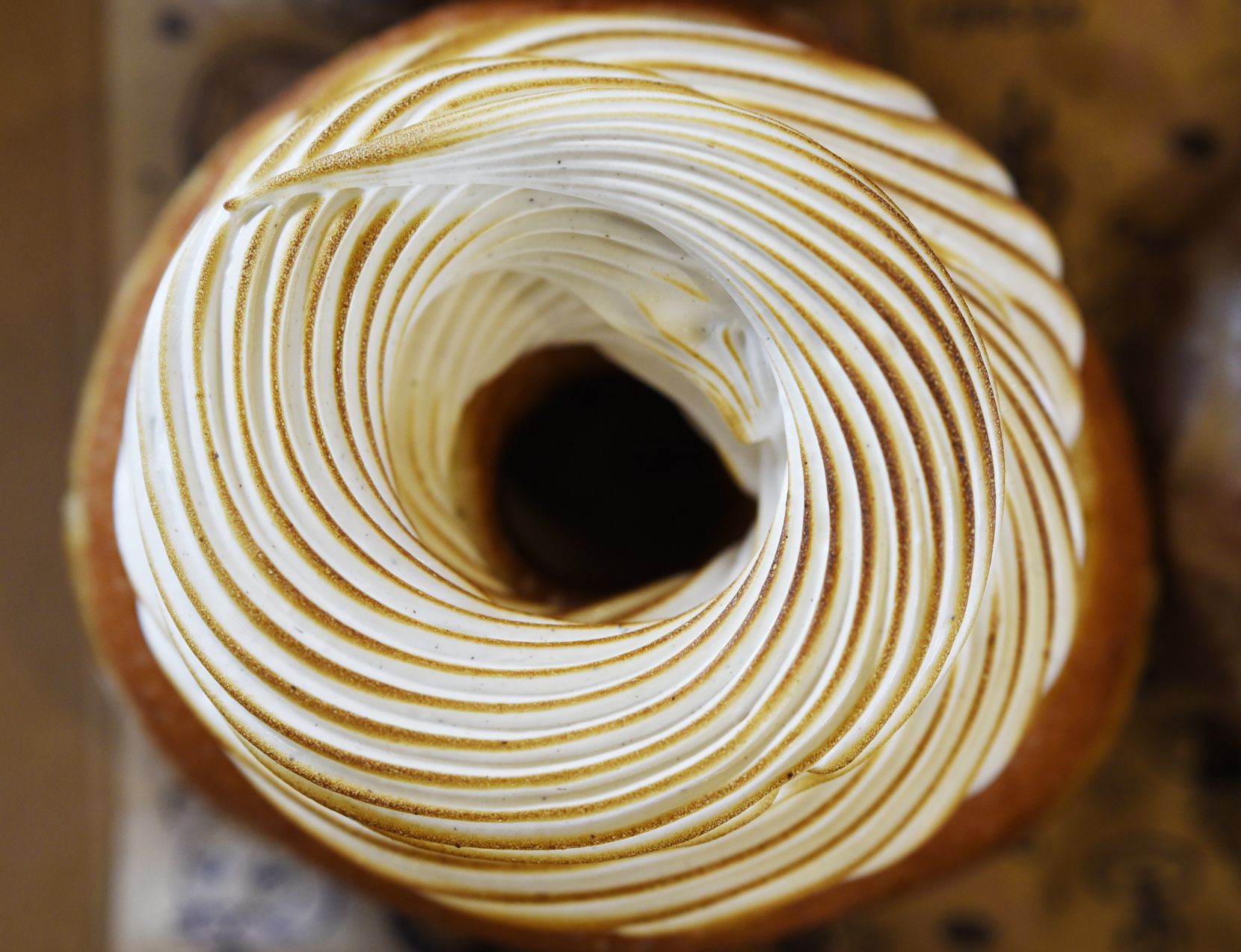 The Salty Donut: It was one of the most anticipated doughnut shops making a Texas debut in years. So what’s the big deal? These are designer doughnuts. Destination doughnuts. Doesn’t matter if you live near the Bishop Arts District, where this shop popped up on June 2, or if you’re a few suburbs away. It’ll be worth the trek to feature that horchata doughnut on your Instagram page. The Salty Donut is at 414 W. Davis St., Dallas. Pickup, delivery and dine-in available. 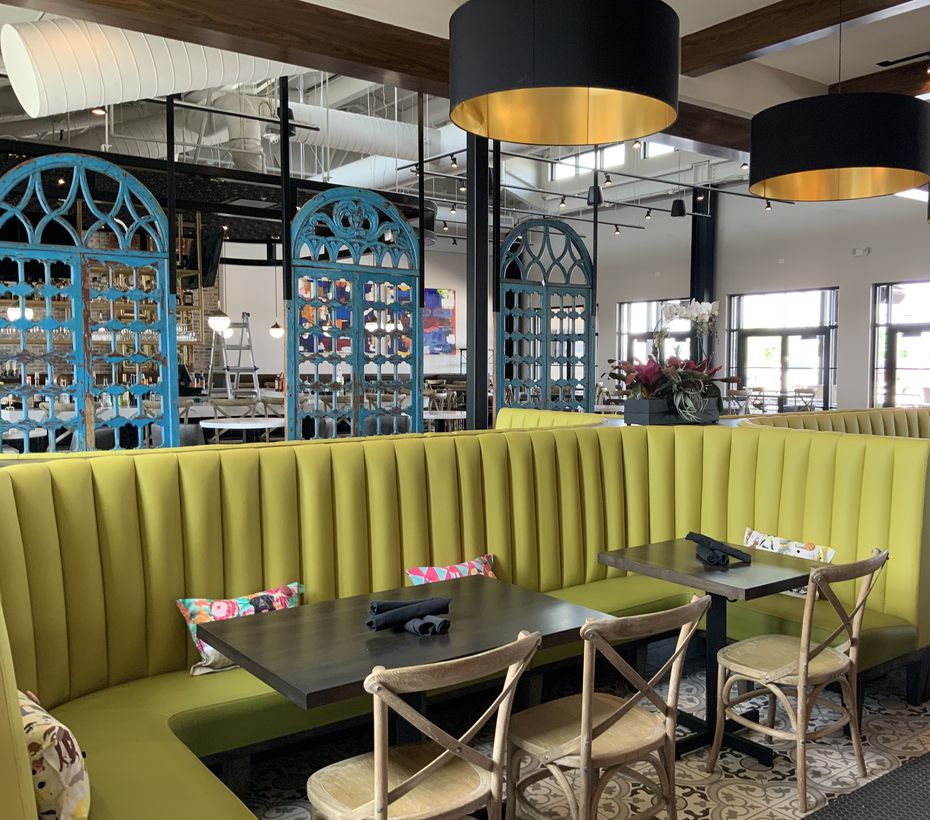 Seven Doors Kitchen & Cocktails: “I have attempted to move to Texas a couple of times,” says Colorado restaurateur Dianna Lynn, who opened Seven Doors Kitchen & Cocktails in The Colony with her husband Kevin Brown. Her family is from Texas and Oklahoma and she says, “I think Texas has always been in my blood.” Seven Doors is so named because of a group of doors that Lynn, an artist, found at a salvage company and is displaying in the restaurant. They’re French and Italian in style and Lynn says they were originally from Egypt, India and Argentina. The restaurant is a modern American grill selling prime rib French dip, burgers, ruby trout and eggplant rollatini, to name some. Chef Jacob Quintana has worked with the restaurateurs for nine years and moved to Texas to open Seven Doors at Grandscape, the $1.5 billion project that includes Nebraska Furniture Mart. Seven Doors is at 5774 Grandscape Blvd., The Colony. Dine-in and pickup available. 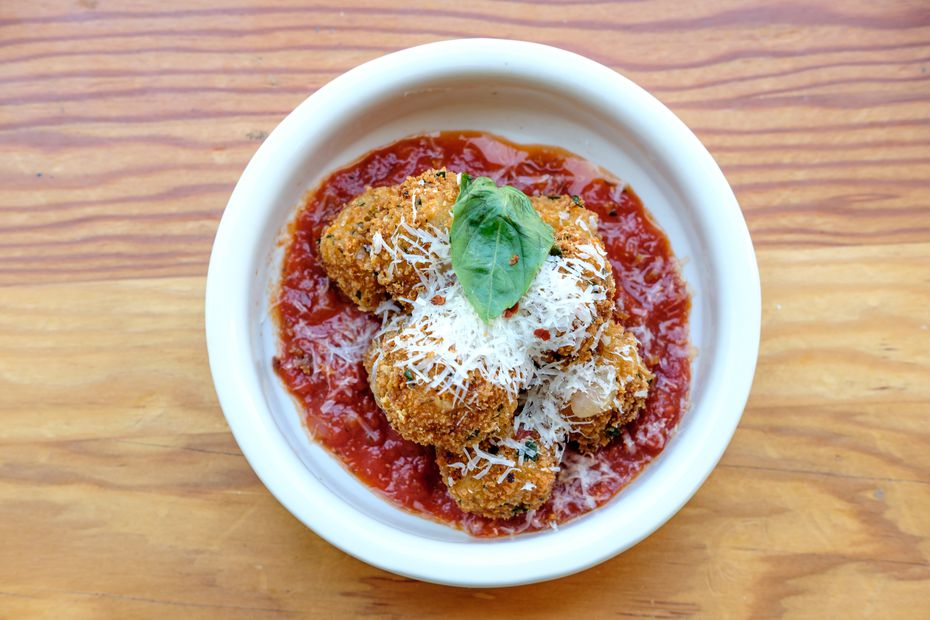 Sfereco: Located in The Statler in downtown Dallas, this new Italian restaurant replaces what once was R&B, a forgettable ramen and bao restaurant. Sfereco opened June 10 with a menu of Italian recipes helmed by corporate chef Ryan Carbery, who was also behind the redo of Primo’s Tex-Mex in Uptown Dallas. (Carbery’s team will turn Sfereco’s neighbor, the former Fine China, into a second Primo’s.) According to a press release, Sfereco “celebrates the meatball” and will have at least six options on the menu, not including a meatball sandwich. Other options include pizzas and pastas such as shrimp scampi and chicken pesto. Sfereco is at 1914 Commerce St., Dallas. Pickup, delivery and dine-in available. 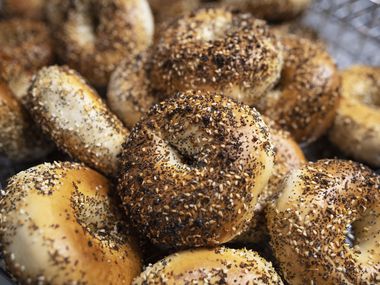 TLC Vegan Kitchen: The TLC stands for “tastes like chicken,” but nothing here has chicken in it. Vegan and vegetarian menu items include Impossible Burgers served with veggies and Village Baking Co. bread; meat-free sloppy joes; blackened vegan shrimp; oyster mushroom pizza; and more. According to Eater, TLC was always going to be a takeout spot, even before COVID-19. Good timing. Gluten-free and nut-free options also available. TLC Vegan Kitchen is at 520 Shepherd Drive, Garland. Pickup and delivery available.

Vector Brewing: “We’re officially opening!” the company’s Instagram page said in late March. “Granted, not as we intended, but we roll with the punches.” Indeed. The Lake Highlands brewery comes from Craig and Veronica Bradley. Craig worked at Lakewood Brewing Company for six years, according to the company website, before deciding to open his own brewpub. The shop sells beers on tap, plus cider, mead, kombucha and Noble Coyote nitro coffee. Stick around for a pizza. See social distancing rules here. Vector Brewing is at 9850 Walnut Hill, Dallas. Pickup and dine-in available. 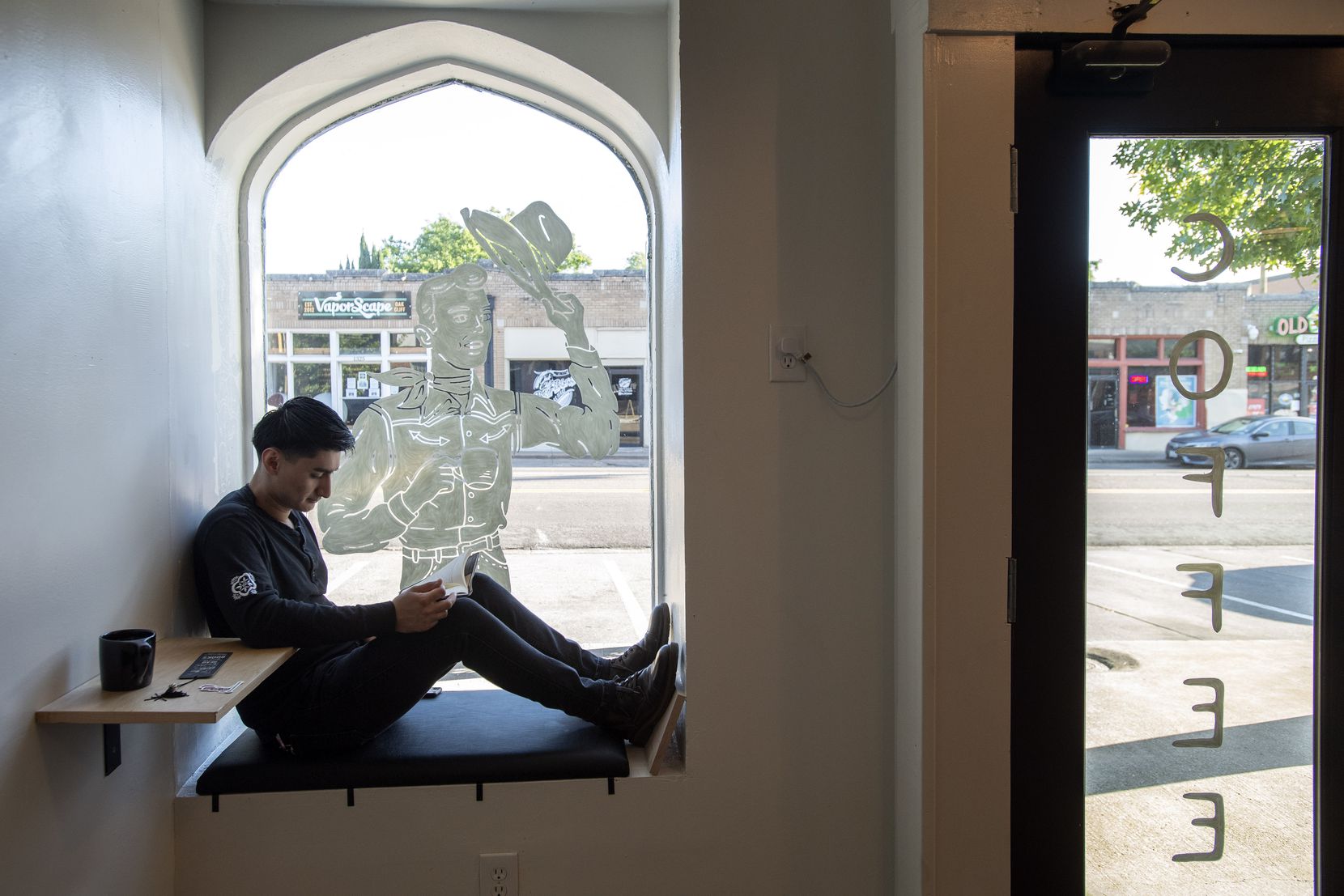 Best seat in the house? Ever Escobar, 20, finds a quiet spot to read at Wayward Coffee in Oak Cliff.(Jeffrey McWhorter / Special Contributor)

Wayward Coffee: The owners say they opened Wayward Coffee in late May in North Oak Cliff “to create something for the community, serve people around us and make people happier.” It’s named for anybody who feels like an outsider — anyone craving community. Go caffeinate with its co-owners, 21-year-old Noah Irby and 22-year-old Trevin Willison. Wayward Coffee is at 1318 W. Davis St., Dallas. Pickup and dine-in available. 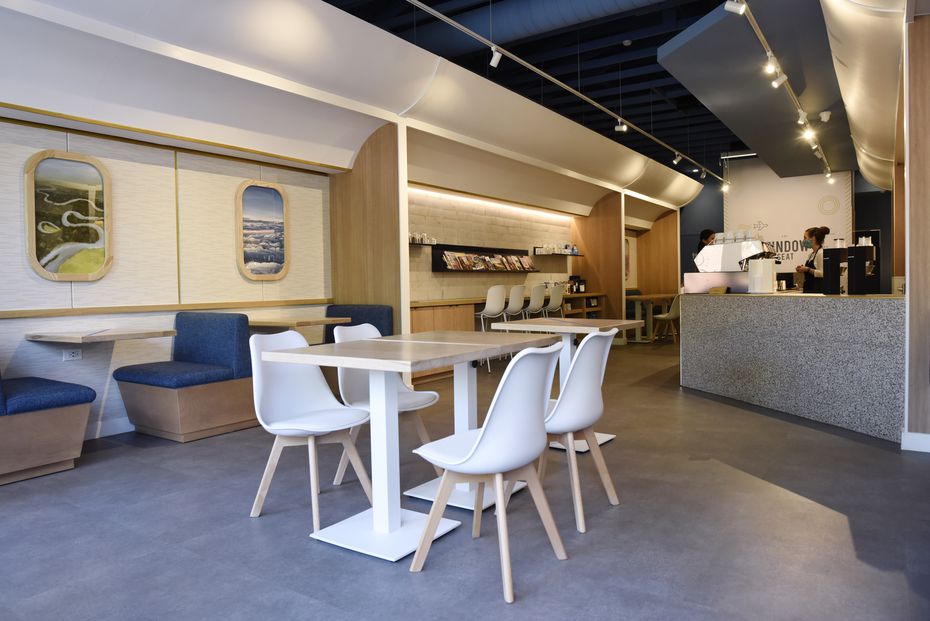 Window Seat: Haven’t been on an airplane in a while? Us, either. Get in that vacation state of mind at Window Seat, an aircraft-themed coffee shop on Greenville Avenue in Dallas. Maybe you’ll be on a trip to nowhere, (as you wear a mask and stand 6 feet from your barista), but it might be the closest you come to actual travel. That’s the idea, say first-time restaurateurs Kristen Boyd and Tom Boyd, both former CPAs. They want Window Seat to evoke “the feeling we get when we go on vacation — of taking a break,” Kristen Boyd says. They’re serving Cuvee coffee, Rishi tea and will eventually serve pastries like zucchini bread and lemon-blueberry bread. Window Seat is at 3018 Greenville Ave., Dallas. Pickup and dine-in available.